Tête-à-Tête: Blue Is The Warmest Color

Conversational Reviews of the Season’s Most Controversial Film

Conversational Reviews of the Season’s Most Controversial Film 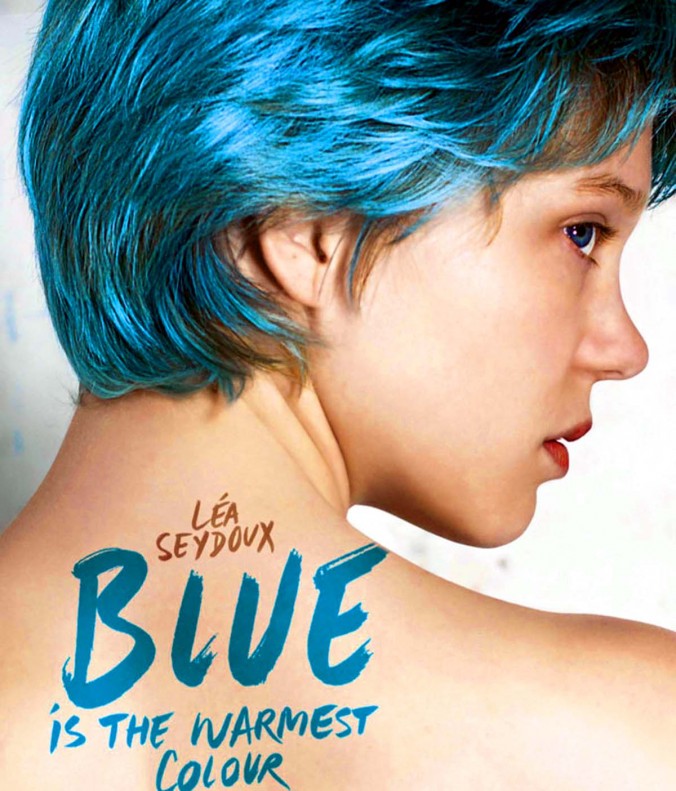 Abdellatif Kechiche’s Blue is the Warmest Color has been a constant topic of debate and conversation among both critics and the general public since its debut at the 2013 Cannes Film Festival. The film made history when it was awarded the festival’s prestigious Palme d’Or, as its win marked the first time that the honor was presented to both a film’s director and its two lead actors, Léa Seydoux and Adèle Exarchopoulos. However, this historic occurrence, along with much significant discussion of the film’s thematic and visual content, has been largely overshadowed in the American press by an incessant fascination with a handful of the film’s sex scenes. It’s truly a pity, as Blue is the Warmest Color is brimming with potential talking points.

At its core, Blue is the Warmest Color is a simple coming-of-age story depicting one young woman’s first serious relationship. Its three-hour running time is not squandered, as the film manages to traverse several years in the life of its protagonist, Adèle, as she transitions from a high school junior to an overworked grade school teacher, and as her relationship with her girlfriend, Emma, blossoms and withers.

The film has its share of imperfections; the inclusion of some kind of blue-colored object in practically every scene, as well as its somewhat heavy-handed exploration of its characters’ various literary fascinations provided occasional distractions throughout an otherwise immersive narrative. One pivotal scene toward the middle of the film curiously employs a series of conspicuous focus shifts to create a visual parallel between Adèle’s emotional crisis and a film being projected behind her; it’s a rare moment of amateurish filmmaking that disrupts Blue’s otherwise understated visuality. Much like its characters, however, Blue is the Warmest Color proves to be likeable past its occasional surface flaws, and the film is one of the most engaging and enjoyable that I have seen in some time. Seydoux and Exarchopolous steal the show, and they deserve just as much of the Palme d’Or glory as Kechiche.

Ultimately, Blue is the Warmest Color is a film about sexual awakenings, aimlessness, jealousy, and growing up. It’s on the same thematic page as countless films from the past few decades – Fish Tank (Andrea Arnold, 2009), Tiny Furniture (Lena Dunham, 2010), and Fat Girl (Catherine Breillat, 2001) came to mind upon leaving the theater. A notable and possibly problematic difference is that those three films were each directed by women, and their explorations of sex tend to be considerably more traumatic than that of Blue Is the Warmest Color. With Blue generating additional notoriety and controversy since its release due to highly publicized disputes between Kechiche and Seydoux and Exarchopoulos, the various ethical conversations that have now surrounded the film have been fruitful in generating a dialogue about male dominance in cinema and what it means for a man to depict female (and, in this case, lesbian) sexuality. These conversations tend to derail quickly, and the duration and graphicness of the sex in Blue Is the Warmest Color trump meaningful discussion about the actual movie. I’m hoping that history will serve Blue well, and that eventually the film’s sex scenes will become a triviality that is overshadowed by its acting, camerawork, and writing.

Before I tackle the sex scenes debate that has been overshadowing the popular discussion of the film, I need to say up front that Blue is the Warmest Colour is the best film I have seen in years. During the three hours that completely flew by, I went through a roller coaster of emotions and found myself intensely identifying with several of the characters. From difficult breakups, doubts, momentary self-loathing, to love, happiness and affinities, the film covers all the emotions that any young adult will have experienced in life.

Now someone tell me: what is the universal way to have sex for a gay couple, or for that matter, any couple? Every couple has sex in their own way, and every individual’s sexual experiences changes with each partner. The amount of couples that recognized themselves in Adele and Emma is certainly equal to the amount of couples who didn’t.

Another critique which emerged after the dispute between Kechiche and Léa Seydoux had to do with the preeminence of a “male gaze” throughout the film. This is undeniable in some very short scenes, but I attribute this more to an intended visual parallel with paintings – an important theme of the film – rather than to Kechiche’s imagined “dominance” over his actresses.

Blue is intense yet incredibly refreshing. Its French title, La Vie d’Adèle, (“The Life of Adèle”) is particularly fitting, as the sheer realism of Kechiche’s piece makes the spectator feel like he or she isn’t watching a film but has been transported into Adèle’s life. The actresses’ performance is visceral, and so on point that you can’t help but wonder whether they are acting or actually loving and fighting for real. Adèle’s character is particularly endearing, for she is so profoundly human and genuine.

Blue is the Warmest Color was awarded the Palme d’Or by Spielberg and his panel on the same day that gay marriage was legalized in France. The film illustrates some of the conflicts that homophobia triggered even within the youngest and most educated strata of the French society. In addition to being a cinematographic masterpiece, Blue is the Warmest Color was a small victory for young homosexual couples.