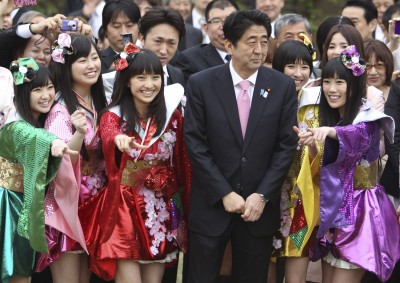 This week, Prime Minister of Japan Shinzo Abe is set to attend a U.N. General Assembly meeting in New York (which will take place on Thursday, Sept. 26th) where he is expected to speak about governmental efforts to advance women’s social and economic role in Japanese society.

It has been seen by many as a move to improve the public-image Japan on a global scale, as it is commonly seen as a place where women’s rights are not properly respected; especially in the decidedly patriarchal environment of Japan’s work industry and political system. Japan is often noted for its sustained gender inequality, with the World Economic Forum’s Global Gender Gap Report (which accesses social, political and economic gender equality globally) ranking Japan 101 out of 135 countries across the world. This means that women in Japanese society drastically occupy less positions of political power,  have less participation in the labor force and earn significantly lower wages than men in Japan.

Abe is expected to highlight previous statements from April, when he stated  that women were one of Japan’s most “underutilized” “human resources.” In this speech, he vowed that women would be an integral part of his economic expansion plan, or “Abenomics,” with goals to have women holding 30% of leadership positions at corporations by 2020,  to increase female labor participation by 5% (for women aged 25 to 44) and to create reforms that would expand child daycare capacity and extend maternity leaves. Additionally he is expected to discuss plans for Japan to endow $1 million in assistance for women who are victims of sexual violence (apparently with much of this funding going towards Africa). In many ways, this seems to be an attempt  attempt to salvage the public image of Japan and its government after Abe’s public denial  of the Imperial Japanese Army’s role in the coercion of Southeast Asian women (known euphemistically as “Comfort Women”) into prostitution and slavery, during WWII.

Despite Abe;s stated goals, it is easy to see these statements as hollow rhetoric, as only two of the members of Abe’s 18-person political cabinet are female and a recent survey revealed that women currently only make up only 10% of the management positions at Japanese companies and corporations. While this is true, on Monday, the Japanese government became a part of the multi-national Equal Futures Partnership, a committee formed in 2012 by former U.S. Secretary of State Hillary Clinton, which requires of each nation involved to  enforce “policy, legal, and regulatory reform” that would ensure the “expanded economic opportunity for women and increased political and civic participation by women at local, state and national levels.” On the subject of this commitment, Foreign Minister Fumio Kishida has stated that along with Abe’s goals, the government would offer incentives to companies that hire women to managerial roles.

Still, it seems that much of this reform is tentative and does not go far enough in attempting to bridge gender inequalities in Japan. Real reforms to the gender inequalities in Japan will have to take drastic structural changes, especially in re-orienting Japan’s patriarchal business-culture. Recent surveys have shown that 25% of pregnant or recently pregnant women in the workplace were shown harassment by employers, with some having their wages reduced and others being forced to resign as a result of their pregnancies. While the Japanese government’s proposed initiatives and goals seem promising, the government’s address of this issue needs to be tethered to still more rigorous and systemic policies for integrating women into the workforce, providing them with equal wages and allowing them opportunities for political power.

Though it is easy to be cynical about government rhetoric and the actual capacity for reform under Abe and the conservative and nationalistic Liberal Democratic Party (LDP), hopefully there will be proposals of some concrete reforms at the U.N. conference can adequately address the dramatic gender inequalities of Japan. 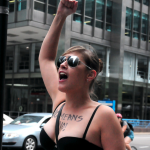