“The Clitoris Is Not A Button It Is An Iceberg” 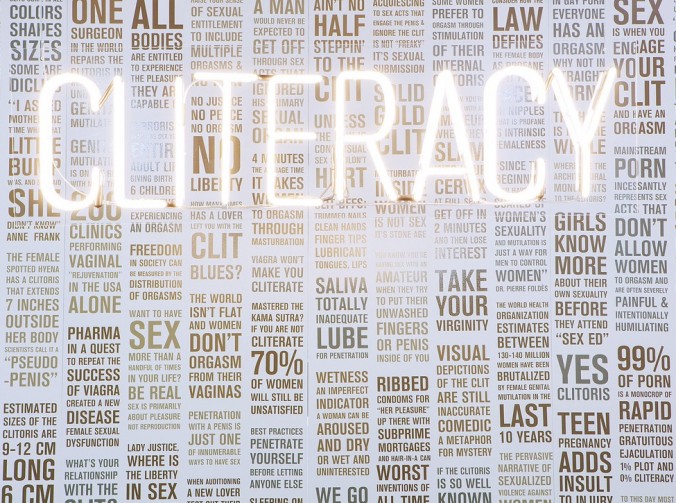 Artist Sophia Wallace has engaged an epic, one-woman war against the Cliteracy epidemic plaguing modern society. Her multi-media assault attempts to batter down the walls of ignorance surrounding, what should be, the most basic truths of female sexuality.

Via photography, video and sculpture and, naturally, a giant clitoris participants can ride like a bull (seriously), Wallace aims to educate the general public about the mysterious, for many men and women, facts of the clitoris.

For example, her “100 Natural Laws” of Cliteracy” includes such gems as: “The Clitoris Is Not A Button It Is An Iceberg” and “Freedom in Society Can Be Measured By Distribution of Orgasms.” Truth.

As Wallace told Huffington Post, Cliteracy is about a lot more than sexuality and pleasure. “Cliteracy is about not having one’s body controlled or legislated,” she said. “Not having access to the pleasure that is your birthright is a deeply political act.”

Learn more about her project and get educated at her website. With your help she can rid the world of the same ignorance that plagues ROUS’s. 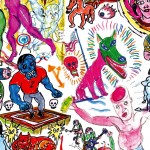