How are we supposed to feel Supreme Court? Tell me.

Last week was quite a week of Supreme Court rulings. The fear inducing Voting Rights Act ruling making it essentially useless, followed by the elation of the overturn of DOMA and a sprinkle of hope with the temporary upholding of the overturn of California’s Prop 8 by a lower California court. Many of us are reeling, struggling with conflicting feelings over the VRA and DOMA rulings, leaving a sense of one step forward, two steps back for social justice in the United States.

And then, this morning this happened:

I was digging through my backpack on Chicago Ave. searching for my tobacco and filters to roll a cigarette before boarding the 66.

“You look really familiar,” someone said. I turned to face a small ageless woman with only a few sharp teeth left, wearing a child-size yellow tank top and shorts. She reached out a hand with long, cheap,  bright-orange acrylic nails, “my name is Maria, what’s yours?”

I responded, but told her I didn’t recognize her from anywhere.

“You are moving, no?” I stared blankly at her wondering what she was getting at. “I see movement and water,” she offered as some kind of explanation, searching my face.

I was about to say: “I’m just sweating, it’s hot out here,” when I realized she wasn’t talking about my complexion.

“You’ve never had a reading before?” She asked with dismay.

“I do a lot of readings. Do you believe that things happen for a reason?”

I thought for a moment, “I don’t know if I believe that,” remembering the times that it’s been so hard to let go of whatever because it felt so wrong, so unnatural to do so. Does that mean I believe in fate?

“Do you believe in Angels?”

“Do you believe in God?”

“No, I don’t,” thinking of Neighborhood Church and Bethel. Thinking about the worship leader, my father’s best friend, who lied to our congregation about having cancer, for god knows why. Also, at a different church the pastor’s wife with thick curly blonde hair kind of like Dolly Parton sleeping with an usher, and the whole church having to make it our business — god’s business. I thought about the Cabbage Patch Kids and Goosebumps books I lost to the fireplace in our California home, which sat right below the flood zone, because my parents believed that they were evil for various reasons. We were unprepared when it flooded. Mom made us dig a trench out from under the foundation, which did nothing but leave a huge gash in our front lawn past my Sycamore tree and into the gutter.

“God be with us all,” she remarked, shaking her head and walking away. Had I disappointed her?

Later I thought of what my response should have been, what it will always be from now on, “Not nearly as much as many.” 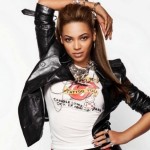