Line Up Changes: Good and Bad

When a band’s lineup changes the entity and its music inevitably change with it.

It’s easy to imagine bands as singular cooperative entities instead of groups of complex individuals attempting to achieve something beyond themselves by combining their talents and ideas. So when a band’s lineup changes and a voice goes missing from the whole, the entity and its music inevitably change. Sometimes this works out for the best and sometimes it doesn’t. 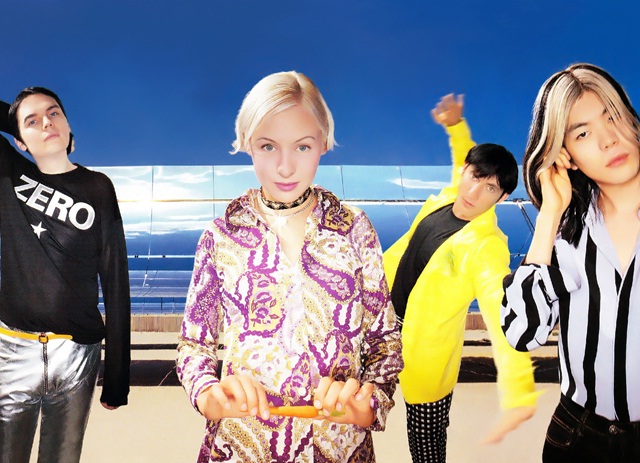 When I think of Smashing Pumpkins I like to go directly to 1995, specifically to an image of the band from the “Mellon Collie and the Infinite Sadness” double album liner notes. Guitar virtuoso and disaffected goth-y Chicagoan Billy Corgan is wearing his iconic “Zero” shirt and silver pants; underrated guitarist James Iha is looking bored in his striped shirt with his striped hair; Bassist D’arcy Wretzky seems to be visually referencing the band’s acid-head beginnings with her paisley shirt and non-sequitur carrot; and drummer Jimmy Chamberlain is there with some more interesting fashion choices. I’ve written about this album and its artwork before, but in terms of lineup changes, this is the triumphant last stand for the ‘90s alternative rock gods that were at one time immortalized on the Simpsons before being shattered by personnel changes, artistic missteps, hiatus, Corgan’s “reformation” with Chamberlain and two strangers, and ultimately Chamberlain’s exit. Today Billy Corgan is the last of the original Pumpkins still carrying the torch. 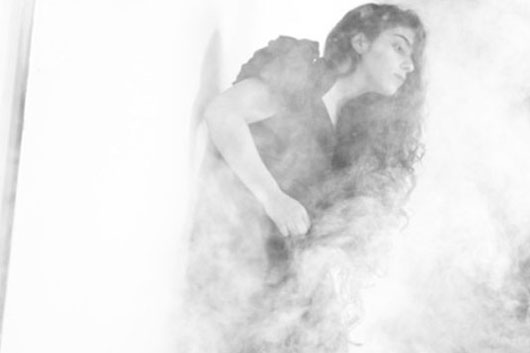 When Sleep ∞ Over first came to my attention it was with their Forest Family Records 7″ debut, “Outer Limits.” The song “Outer Limits” came into my life during a perfect storm of receptibility — it was summertime, I had a car and a lot of night driving opportunities, and at that particular moment my musical interests were primed for a textural pop band with a cool tumblr and an infinity symbol in their name. “Outer Limits” and its b-side “La Rose” — paired with their jumping-on-the-bed album art — felt like an intercepted transmission from a sexier, sleepier planet hiding behind the moon. By the time the album “Forever” (2011) came out, the group had gone from a trio to the solo project of Stefanie Franciotti. Christa Palazzolo and Sarah Brown went on to form the band Boy Friend. Boy Friend and Sleep ∞ Over each continued to exist in hypnagogic states, but both projects fail to live up to the promise of the original “Outer Limits” release. 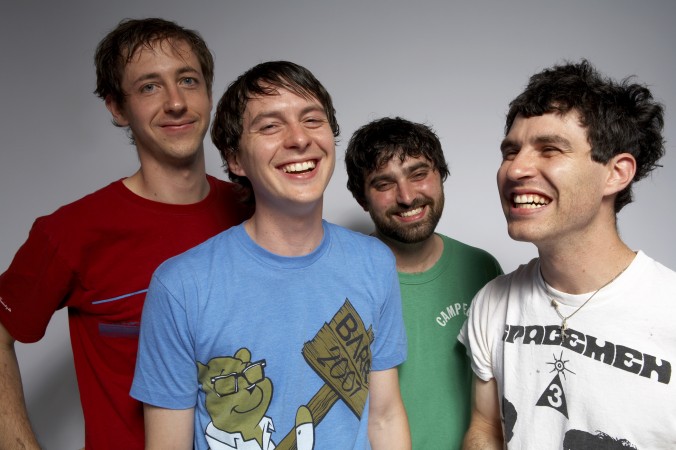 Animal Collective get a sort of Get Out of Jail Free card on the line-up change discussion because, as their name indicates, they’re a fluid collective whose releases have featured as few as two or as many as four members. However, when guitarist Deakin went missing from 2009’s “Merriweather Post Pavilion” is was the first subtractive adjustment to the lineup. The comprehensible sound of guitar strings went missing, and with it went the implicit human hand in Animal Collective’s sound. Remaining AnCo members Avey Tare, Panda Bear and Geologist all moved on to the infinite and otherworldly possibilities of digital sampling. The jump from “Strawberry Jam” (2007) to “Merriweather Post Pavilion” was a major evolution, and without Deakin Animal Collective made their most accesible album to date without abandoning their tendencies to challenge and indulge in kaleidoscopic psychedelia. Deakin and his guitar returned to the band for “Centipede Hz” (2012), an album more closely related to the dense, eerie and harsh nature of the band’s early material. “Centipede Hz” was seemingly a lateral progression for the band, and makes as logical a follow-up to 2007’s “Strawberry Jam” as “Merriweather  Post Pavillion” did in 2009. 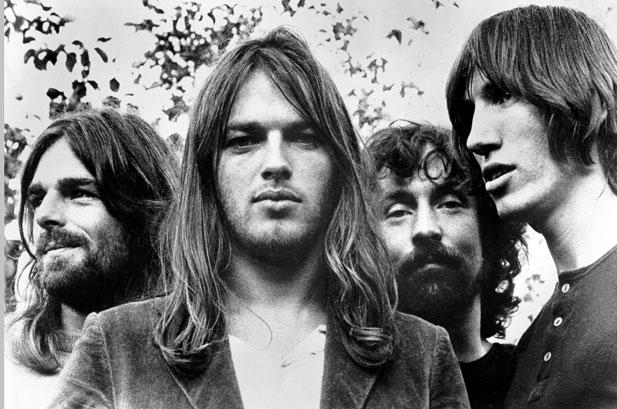 Guitarists Syd Barrett and Brian Jones will be remembered similarly as founding members of important and influential English classic rock bands (Pink Floyd and the Rolling Stones, respectively) who fell casualty to drugs in an era of widespread experimentation and misunderstanding. Syd Barret, by 1968, had become a victim of his interest in LSD and left the band. If you listen to the material that Barrett pioneered with early Pink Floyd it’s all kitschy Summer of Love rock, as recognizable and harmless as a store bought “hippie” halloween costume. Pink Floyd really hit their stride of brooding, philosophical seriousness when bassist Roger Waters and replacement guitarist David Gilmour took over the band-leading roles and expanded the band’s scope to all of space with the album “Dark Side of the Moon” (1973), a landmark of classic rock and studio experimentation that lyrically touches upon their fallen leader’s descent into drug-fueled mental illness. The band would continue to commemorate Barrett’s breakdown with “Shine On You Crazy Diamond” and, of course, “Wish You Were Here” (1975). 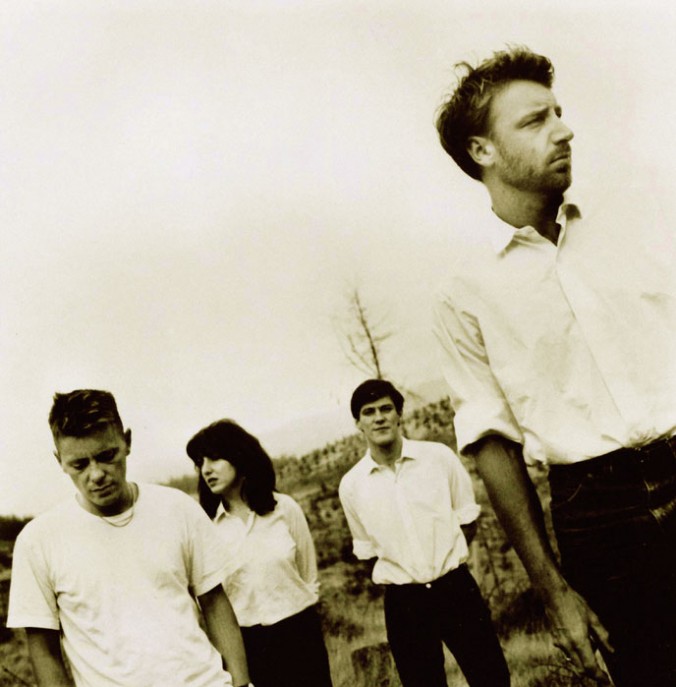 New Order and Joy Division should be taken on their own terms, though their histories are inseparable. New Order was founded by the remaining members of Joy Division in the immediate wake of Joy Division singer/guitarist Ian Curtis’ suicide. “Ceremony,” the first single from New Order, is a Curtis-penned song. A “Ceremony” demo and a few live recordings exist with Curtis’ semi-audible vocals recorded days before his death. New Order went on to become a major electronic new-wave band in their own right, having shed themselves of sinister post-punk minimalism in favor of programmed dance beats and synthesizers in the 1980s. 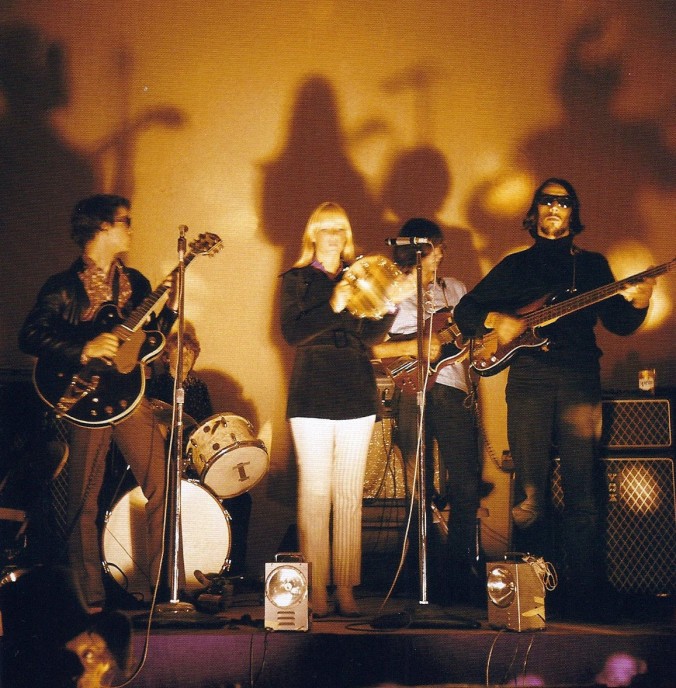 Were you aware that the Velvet Underground continued to be a band after Lou Reed left in 1970? That makes as much sense as if they relocated from NYC to Houston — NYC and Reed essentially being the recipe for one of the most influential American music groups of the 1960s. “Squeeze” (1973) is officially a VU record, but it was recorded without any original members of the band and written entirely by Doug Yule who joined the group in 1969, after the peak days of Nico, “Heroin,” and Andy Warhol. Three years before “Squeeze,” the recording of the album “Loaded” (1970), (named after a request for the band to record an album “loaded with hits,”) dissolved what was left of the Velvet Underground, making “Squeeze” a bizarre, delayed and unacknowledged afterthought.