Dating in a ‘Post-Racial’ America

The racial component makes the subject of discrimination in dating tricky. Although we live in a country beset by marital inequality, no one can stop you from liking who you like, or make you like someone you don’t. We also live in a country of conflicting ideology. Everything from fables of the American Dream, to the Constitution, to the “Equal Opportunity” disclaimer at the bottom of a job application want you to believe in a post-racial, post-gender world where everyone can pick themselves up by their bootstraps and make their dreams reality. 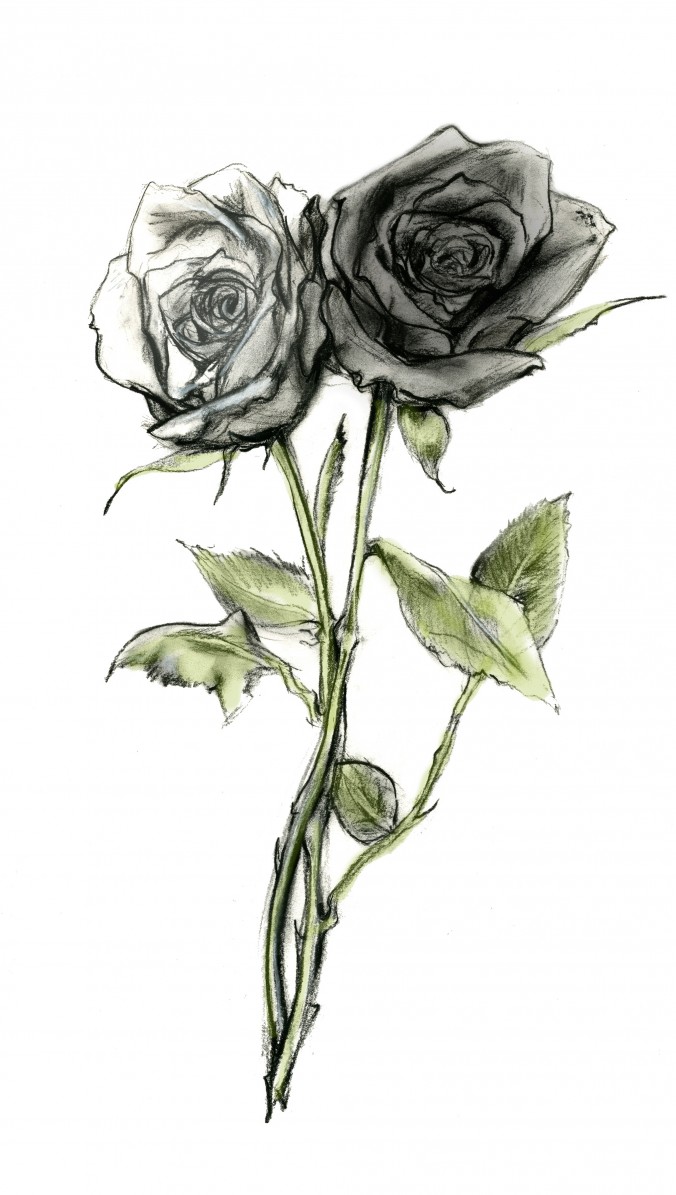 When it comes to choosing a partner, we can be damn picky about qualifiers. Maybe you’ve been to the Owl around last call and you’d beg to differ. But when you get it in writing, when lists are drawn and profiles composed, even the guy on his fourth g&t hanging out near the women’s bathroom has a scrutinized list of requirements and a yes-no-maybe pile of hypothetical applicants.

In 2012, studies by the Washington Post concluded the Internet doesn’t make dating easier or safer, it just increases the size of the pool. Another 2012 study by the Association of Psychological Science theorized that the Internet reduces love connections to a cost-benefit analysis. Though courtship in the animal kingdom has always been a “show me your wares” ordeal, it has never been done to this scale. Online dating looks more like college applications, with percentages, admission essays and test scores. A few clicks can weed out everyone except non-smoking, cat-loving Geminis with “TARDIS” mentioned in their profile (what do you mean “no matches”?). You can filter users by height, age, education, and yes, you can specifically narrow your search to specially select, or eliminate, users by ethnicity.

I’m guessing you aren’t surprised. It’s not uncommon — Chemistry and eHarmony require users to identify their race for the sake of other member’s preferences. Other dating sites like Match and OKCupid allow filtering users by ethnicity. There’s nothing hush-hush about it, even though it’s racial discrimination.

Yes, I’m dropping the R word here. Because it is racial discrimination. But unlike its other incarnations in academics or the workforce, discrimination by ethnicity is socially acceptable, to a degree, when it pertains to sex.

Maybe you’ve heard it before: “I’m really into Xs.” “I can’t see myself with an X.” “I probably wouldn’t date an X, but I’m not racist or anything.”

A close guy friend once told me, “Don’t take this personally, because I think you’re gorgeous, but I would never date you. I’m just not sexually attracted to black women.”

The funny thing about racism is it just keeps on being racism, even when the speaker isn’t slinging slurs. Racism has a lot of definitions, and none of them endow the speaker with a pass if his or her intention means well. But is it a crime to have a type? Should someone who doesn’t go for Latinos, Blacks, Whites, Asians, be saddled with the stigma of being racist?

The racial component makes the subject of discrimination in dating tricky. Although we live in a country beset by marital inequality, no one can stop you from liking who you like, or make you like someone you don’t. We also live in a country of conflicting ideology. Everything from fables of the American Dream, to the Constitution, to the “Equal Opportunity” disclaimer at the bottom of a job application want you to believe in a post-racial, post-gender world where everyone can pick themselves up by their bootstraps and make their dreams reality.

But that, friends, is hogwash. In reality, America in 2013 operates within a deeply institutionalized, color-coded social hierarchy that vastly predates the country’s inception in 1776. Statistics by the U.S. Census Bureau from 2011 show women are still paid only 77 cents to every man’s dollar. Further reports from the National Women’s Law Center reveal in 2010, black women in the state of Illinois were paid 64 cents to every White, non-Hispanic male’s dollar, while Latinas earned even less, just 48 cents to every dollar compared to white men. In 2010, the median household net worth of White Americans was $110,729, $69,590 for Asians, $7,424 for Hispanics, and $4,955 for Blacks. Studies by the Bureau of Justice in 2011 concluded one in every three black men can expect to be incarcerated during his lifetime.

But it doesn’t make sense, right? Because there can’t be that many racists in the world, right? Active discrimination accounts for some of this, but more is just embedded in how our world works. Cultural capital — the largely invisible understanding of how things operate, knowing the right people, speaking the language of success — is just as, if not more influential than a paycheck in our network driven society. There’s also the effect of “passive racism,” a term discussed by critical race theorist Sherry Marx in her book “Revealing the Invisible.” Unlike its active counterpart, passive racism functions in beliefs and attitudes that reinforce systems of racism, without openly advocating oppression and violence. The results of passive racism are often viewed as cultural oversights; school curricula that fails to include the contributions of other ethnicities, banks that deny loans based on certain “neighborhood risks.”

Passive racism is deeply imbedded in the politics of attractiveness. The interplay between race and beauty has a convoluted history largely ignored by mass media. Though as children we are taught to accept the idea of pluralistic beauty, global media is saturated with a Euro-centric image of desirability — in particular, young men and women with fair-colored hair, eyes and skin. It is effective through sheer redundancy. Bus stop advertisements, films, commercials, magazine covers, stock photos, text books, wherever there is media, there is the subliminal proliferation of an ideal and exclusive beauty.

It is exhausting, especially for women of color, who, in addition to combating the same unrealistic expectations about body image as their European counterparts, must find alternative paths to affirm their beauty where darker pigmentation is a barrier to social acceptance. This is why chemical relaxers exist. Why skin lightening treatments, cosmetic rhinoplasties and eyelid surgeries exist. That we allow people to be candid in their racial discrimination, that it’s socially acceptable, both affirms and reinforces millennia of systemic denigration of non-European beauty.

I’ve brought all this up not simply as a platform for social justice, but to illustrate the sort of place we live in, a place that is easy to forget we live in when we have the privilege, yes, privilege, to pay $50,000 a year to attend an illustrious art school. It is very easy to sweep racism under the rug, to awkwardly laugh it off, turn away, ignore it. It is easy to be colorblind when you are not confronted by the color of your skin every day.

Race matters. Don’t get it twisted. It can’t determine how gifted or smart you are, but it does affect how you are perceived, whether you like it or not; it is how you perceive others, whether you want to or not, and it is deeply invested in how you see yourself, whether you’re aware of it or not. It is connected to your identity and an inextricable part of your experience — a part of you most everyone can see, or thinks they see, before you turn your head.

But back to the topic at hand: Are you perpetuating racial bias if you don’t find a particular race attractive? Short answer — yes. Physical attraction is very important. It matters more than some girls would have you believe, and less than some guys. But it is only one chemical in the weird science of love and sex. A healthy, functional relationship is also about goal similarities, workable differences, how you solve problems together, what you bring out in each other. These tenets apply to all relationships. Race enters the picture only insofar as it is part, but not all, of who we are as individuals, and generalizations about one race compared to another, especially where attractiveness is concerned, are first off, dumb, and second, irresponsible. There is no mold, no pattern, no hard and fast rule of racial characteristics. There are only shaky generalities, assumptions, stereotypes, and oversights. There is only Juan Valdez and Barbie, Jafar and Aunt Jemima.

Cards on the table, I’ve only dated white guys. That means something. I didn’t date them because they’re white, but type is a reflection of cultural interaction, social hierarchies, and societal hardwiring. Does it mean I should be less selective about who I date, or that looks don’t matter? No. Does it mean I should superficially diversify my dating lineup? No. Does it mean I should think — really and deeply — about why certain looks matter more than others? Yes. Should I practice ownership of my attitudes and beliefs, the uncomfortable, the prejudiced, the good, bad, and ugly? Absolutely yes.

When you don’t ask yourself these questions you are protecting racism, sexism, classism and heteronormativity. For inequality, silence is golden. The battle for social justice starts by acknowledging that social constructs affect our thoughts, actions and desires. We have to hold ourselves and others to impossible standards, especially when our privileges, whether we’re White or straight or educated or thin or cis gender, tell us we don’t have to. Because, real social justice isn’t something that happens somewhere else where bad people are held accountable for their bad actions. It happens right here in the actions, thoughts, and feelings that we, in our various forms of privilege, are allowed to ignore because their biases increase our individual cultural capital. 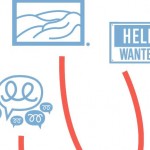