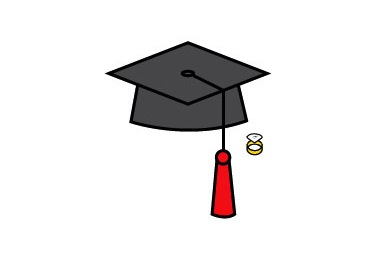 In July 2012, Amber Estes, a sophomore at the University of Georgia, wrote an article for her school newspaper, Red and Black, titled “How to Find that Perfect Husband in College.” The article is filled with seemingly earnest advice for young women on how to use their time at UGA to net “Mr. Perfect.” She advised loitering around the law school on campus, Instagramming everything, and “staying classy on the first date.” Estes later printed an editorial note in response to the abundance of hate mail she received after the original printing of the article. After explaining that her article was satirical (though hardly worthy of the wit of Jonathan Swift or Voltaire), Estes adds, “this unexpected reaction proves this issue is that much more prevalent. If the subject weren’t a sensitive one, it never would have generated such attention.”

Estes’ original article earned the dubious distinction of being named one of the “50 Worst Columns of 2012” by the Atlantic Wire. Estes, however, is on to something. If her obtuse column was received in all seriousness by her audience and the broader, more unforgiving Internet, then her tag: “Remember girls, the time is now to guarantee your future. Keep your eye on the handsome prize, stay focused and go get that MRS degree,” must have really hit a hard note with readers. Indeed, the MRS degree (pronounced em-ar-ess) is still alive and well in the vernacular of universities and colleges everywhere.

A few months ago, I was mulling over post-graduation options with a friend of mine, and upon voicing my desire to be closer to my family and nurture a personal life that has been neglected during my studies (cooking, reading fiction, sleeping), he remarked, “Geez, I didn’t think you’d be getting a MRS degree.” I stuttered through my defense, but ultimately I left the encounter feeling like I had just failed Feminism 101.

Days later, when I was mulling over this concept of a MRS with some friends of mine, we were trying to define this term. Was it simply a degree in the arts? Poor Art History often takes the brunt of the ‘MRS’ comments, as does Home Economics. Or can it be any degree to which a woman applies herself with the intention of finding a suitable mate? What if you begin with the intention of developing a career for yourself and end up finding a partner? Does your hard earned “A” in English become a MRS degree?

The Oxford English dictionary defines the “MRS degree” as a humorous term “used to refer to the marriage or engagement of a woman pursuing a higher education at a college or university: many coeds get their MRS degree before graduation.” The term dates from the 1940s and is explicitly ascribed to heterosexual women. This might be a term one would expect to hear in, say, a Mad Men-esque period drama, but the term seems to have made a resurgence, and is employed today with a general awareness of its meaning. Moreover, it seems to have gained a new foothold in academic culture. In October of last year, a post on Jezebel.com announced that a reality TV company was casting for a show in which graduate students try to meet a potential spouse during their studies. Of course, a frantic conversation ensued. One commenter pointed out that dating/marrying another graduate student seemed financially reckless, while another pointed out that the sequel to the show would likely be about the same women competing for low-paying adjunct positions. Female students at Columbia University’s Business School made a parody of Beyoncé’s “Single Ladies” video, with lyrics like “Bring a good man home/ cause if you don’t you’re stuck with loans/and in two years they’ll be gone.”
*sigh* 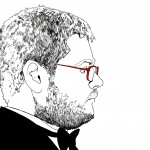 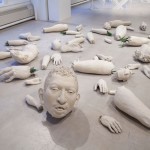