vinyl discs and turntables will forever hold a soft spot in the hearts of every wannabe audio/technophile. 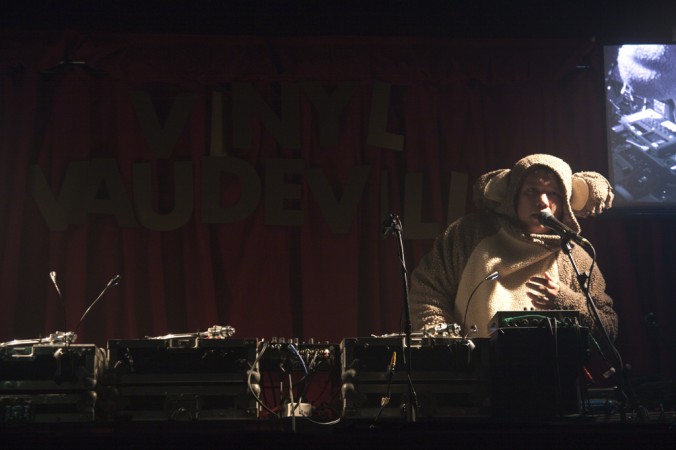 “All roads lead to Chicago!” was Kid Koala’s exclamation to the audience at the Double Door on December 1, 2012, during final stop of the Canadian DJ’s North American Vinyl Vaudeville Tour. This year the turntablist is taking his love for vinyl, the art of turntablism and of course puppets, across the pond to delight European audiences with the “Vinyl Vaudeville Tour 2.0.” 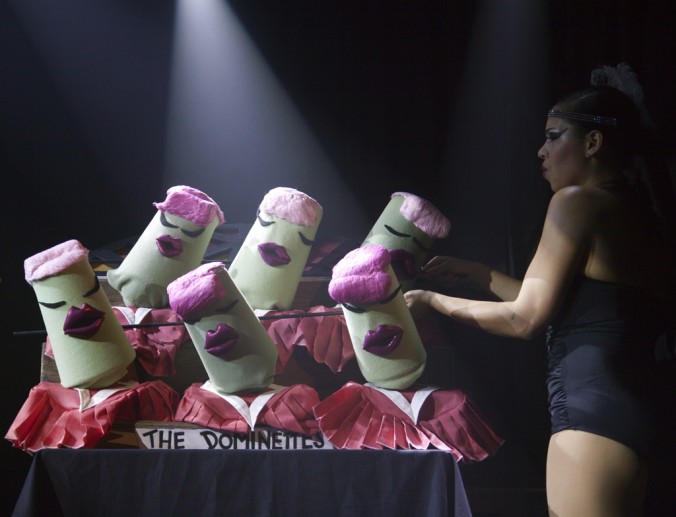 Listeners who may have found it difficult to engage with the vinyl manipulation of Kid Koala’s earlier releases will find that 12 Bit Blues (2012) plays to the beat of a different drum. Kid Koala’s hand is still very much present in the mix, but instead of pulling records back and forth, he is also cutting and pasting samples with a retro and warmly distorted SP-1200 — the sampler that famously  brought hip-hop to its 1980s golden age. He performed with this the SP-1200, modded with wireless receivers, during his show at the Double Door.

12 Bit Blues sounds most different from previous Kid Koala albums when he strips away much of his trademark humor in order to let the emotions of the vocal samples shine through. This is felt most powerfully on the song “6 bit Blues.” The grainy voices croak desperately, “I lost everything I ever had / sometimes I feel so lonely, sometimes I could cry / sometimes I feel so lonely, I need my baby by my side,” through the veils of hiss and analog distortion. Kid Koala does not let the singer’s plea come through clearly; rather he chops it up, breaking up the slur into disturbingly disjointed stutters and spurts. These cries are emphatically repeated and pitch-shifted, shuffling to what feels like a broken beat pattern or a mis-timed loop. Periodic breaks are ushered in and out with a chorus of rolling drum sounds and risers, while the song’s memorable bridge descends into a sorrowful sonic stupor stereotypically reminiscent of the constantly inebriated, deeply depressed blues singer. 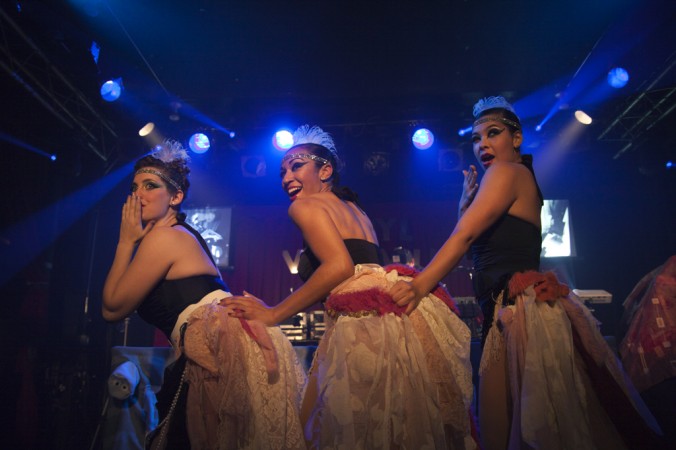 Kid Koala and many of his contempory DJs seem to be after a more active role music creation and performance beyond being reduced to a glorified jukebox. Tools such as turntables, CD-players and MIDI controllers become instruments in the hands of the virtuoso DJ, who displays immense command and understanding. Although computer-deejaying is becoming more and more a dominant means in the performative playback of recorded music, vinyl discs and turntables will forever hold a soft spot in the hearts of every wannabe audio/technophile.