Editorial — Feet to the Fire 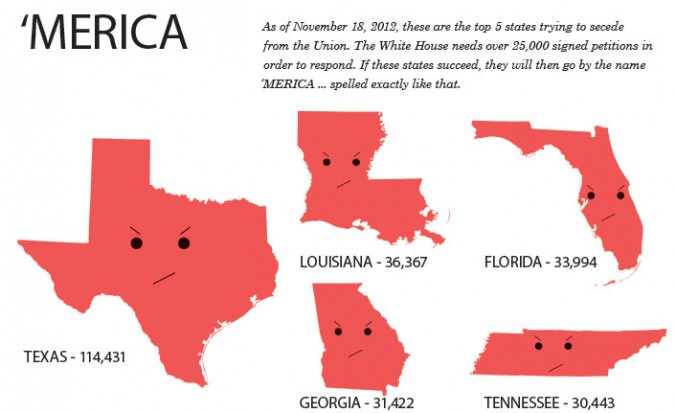 On the evening of November 7, F Newsmagazine staffers gathered in the office to watch the election returns. Tension and anxiety blended with carefully guarded excitement. It seemed like the stakes were higher than ever, the future of the nation hanging in the balance between two frothing, categorically opposed ideologies. We fought down memories of the chattering, echoing voice of four years ago that had whispered the same inspirational, if ultimately false, platitudes.

The tension was cut dramatically when, earlier than we expected, NBC declared Ohio for Obama. The swell of excitement buoyed our spirits as we sighed in relief. But, soon after, the sense of excitement began its slow march into the drudgery of waiting — waiting for the other networks to fall in line, waiting (and chuckling) as FOX News denied the inevitable, waiting for Mitt and his cohorts to concede defeat. And as the clock ticked toward 1 a.m., we waited for the newly re-elected President Obama to take the Chicago stage in triumph.

Slowly the realization dawned on us that the waiting had truly really begun four years ago to the day. In 2008, President Obama was swept into office by a groundswell of enthusiasm of a disenfranchised base made up of voters like ourselves, yearning for an overhaul of the destructive, self-interested Washington politics. Obama promised sweeping economic and social reforms but delivered few.

No one argues that Obama’s administration has not faced formidable odds. His election brought a body, brought teeth, to a long simmering, violently conservative right that has mobilized and fights to block Obama’s every move. As election results rolled in, the most unmentionable, attention-mongering, conservative media pundit of them all claimed that Obama was elected because white Americans are now a minority and the growing Hispanic demographic and Black electorate “feel they are entitled to things” that Obama will probably hand to them. There is a popular perception that the country is split down the middle and something about Obama is turning that split into a gulf. Something. Something few are willing to put a name to.

A Democratic victory will not make all the hate and the vitriol go away. And it won’t make the much-needed social and economic reforms magically happen. The participation of liberal voters in this election didn’t just re-elect Obama — they elected the first all-female congressional delegation in New Hampshire, they voted in support of the legalization of marijuana in Washington and Colorado, and they elected the first openly gay person to the U.S. Senate. And, over the last four years, active and vocal social movements have pressured Obama to meet some seemingly radical, but necessary demands throughout his first term — the elimination of the “don’t ask, don’t tell” policy in the military, a laxer immigration policy for undocumented youth, and the impeding of the full construction of the environmentally disastrous Keystone XL crude oil pipeline.

Many liberals assuaged their fears over Obama’s centrist policies with the justification that he needed a second term to accomplish his goals. Now, the responsibility to make these next four years memorable falls on you and me, as much as it does on President Obama. It is far easier to complain than it is to act. Poet and curator Frank O’Hara in discussing the urgency and the boldness of Jackson Pollock’s gestures influenced by the news of the bombing of Hiroshima and Nagasaki, wrote, “It is not surprising that faced with universal destruction, as we are told, our art should at last speak with unimpeded force and unveiled honesty to a future which well may be nonexistent, in a last effort of recognition which is the justification of being.” So, it is imperative for us to stay informed and react. Write a letter, create with a sense of urgency, or take it to the streets. Because if we don’t serve as the safeguard policing Obama’s actions and holding him to his campaign promises, who will? 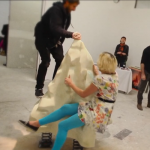 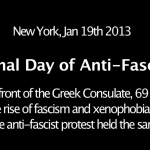 One Response to Editorial — Feet to the Fire