Best Music Videos of 2012 with Female Protagonists (So Far)

annihilating assumptions about what it means to be a “video girl”…

2012 has been a strange year for feminism on the Internet. In December alone, Mary Elizabeth Williams’ recent Salon.com article denounced the reluctance of certain media to call themselves feminists, circulating within social media outlets feeds with nearly as much enthusiasm as the Huffington Post’s confusingly separate-but-equal required reading list for women. While outlets like Jezebel and the Hairpin continue to ramp up the mix of beauty product reviews with pop culture criticism in the tradition of standard feminist print publications like Bitch, depictions of women in short-form music video have made a radical departure from the videos of the MTV generational model: not only do they have a fully-formed narrative from beginning, middle, to end, they do the bloodletting, wear better clothes (they wear clothes, period). And when the lyrics themselves don’t pass the Bechdel test, directors continue annihilating assumptions about what it means to be a “video girl” with full development of character and art direction, wielding more violence and power than their sexuality alone. 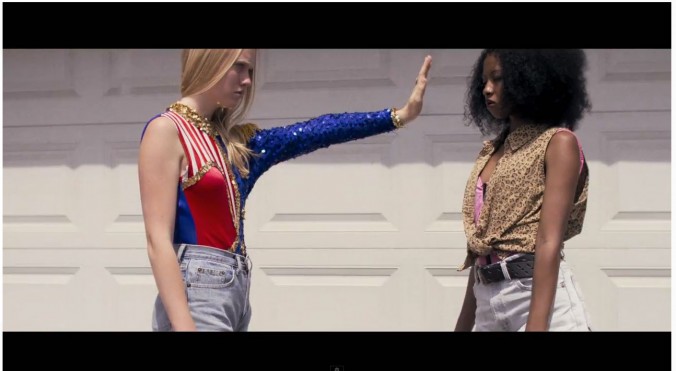 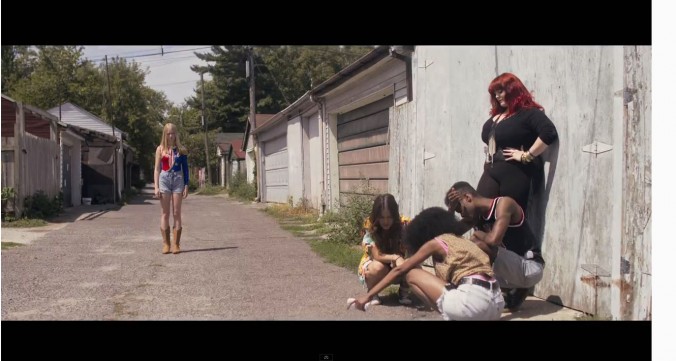 Compelling and unexplained breakdown of a partygoer (played by Aubrey Plaza) as she endures a nosebleed, strips, drinks, eats flowers, dances noncommittally at a party, smashes everything in sight, and otherwise generally loses control after a funeral.

Grimes-as-snake charmer in platform boots and motorcycle gloves, in the headlights of a caravan of sword-wielding hipster girls, in the middle of the desert, beach, and streets of L.A. Co-starring a plethora of dancers, Internet personality Brooke Candy in fake nails and an armored costume straight out of the Final Fantasy, 50 shades of pink, and a very large python.

If Beach House’s fourth album, Bloom, sought to convey a mood “based off of feeling and just a belief in the word”, the narrative for “Lazuli” interrupts any textures with obscure symbols and three characters’ discovery of possessed mundane objects, portals, and dance-move inducing light and fields. (The Allen Cordell-directed clip for “Walk in the Park” still remains their strangest, following a bullied, fur-covered outcast, his rejection by cackling girls in pointedly Brooklynite costumes, and graphic revenge by way of a poisoned sandwich).

Slowly, Annie Clark (St. Vincent) is hoisted up in a gallery before a crowd of museum-goers before her undoing. Director Hiro Murai cited sculptor Ron Mueck’s hyperreal installations as a direct inspiration for the video.

6. Chairlift “I Belong in Your Arms” (Japanese Version)

Another self-directed Chairlift video, this time loaded with animation and images of ladders, plane tarmacs, arches and clouds that leave everything happening in this video lost in translation (except for the lyrics and Polachek’s hair).

Montreal-based director and photographer Emily Kai Bock conceived of this after directing the well-set debut for Grimes’ “Oblivion.” Her dark, meticulously-chosen lighting style and costume becomes a confrontational presence in as a teenaged figure skater falls through the ice, wandering hesitantly and helplessly through the landscape of her nightmares and fears on sharp, narrow blades.

With Nicki Minaj’s “Stupid Hoe” and Azealia Banks’s “212” videos just missing the 2012 mark, 2 Chainz’s “Strippers” and “Birthday Song” featuring more females than anyone has the digits or patience to count, “Beez in the Trap” wins for the best rap video on this list. Infamous in the last decade for setting visuals to Lil’ Kim’s controversial “The Jump Off” and his video work speaking out against George W. Bush, director Benny Boom’s third Nicki Minaj video this year helps visually flip the heteronormative paradigm to Minaj’s lyrics and lo-fi production.

Released just a few days into 2012, “July” followed at the heels of the 2011 release of Melancholia. Bloody noses, side-ponytails and saturated pastel colors fill the frame and reassure us that 2012 is not the year the world ends. It happened sometime around 1992.

The ten-minute runtime time is well, well worth it. 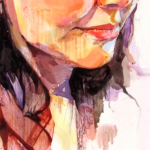