New York Magazine reported on  the significant round of layoffs that went down at Newsweek and The Daily Beast last week, as they prepare to transition into an all-digital format. Among the first to go were art critic Blake Gopnik and Pulitzer Prize-winning fashion critic Robin Givhan.

A federal appeals court in Chicago ruled Tuesday in favor of gun rights advocates stating that Illinois’ ban on concealed weapons is unconstitutional. According to the Chicago Sun-Times, Judge Richard Posner wrote that the state “had to provide us with more than merely a rational basis for believing that its uniquely sweeping ban is justified by an increase in public safety.” Posner granted the Illinois legislature 180 days to craft a new gun law.

President Obama announced in an interview with ABC News that the U.S. would formally recognize the Syrian Opposition Coalition as the de facto administration of regions under rebel control, according to The Guardian. He did not address, however, if they would openly arm rebels or offer military support. Another Syrian resistance group, the al-Nusra Front, was deemed a terrorist organization and an al-Qaeda front by the Obama administration hours earlier.

The New York Times reports that the Cuban government has authorized the creation of more than 200 business co-ops in construction, transportation and other industries. The businesses  “will not be administratively subordinated to any state entity”  but the government will still determine who gets to open business, officials announced in Granma, the state-run newspaper.

Pandit Ravi Shankar passed away Tuesday in San Diego, California at 92 years old, according to news site The Hindu. The legendary musician and sitar maestro, considered India’s cultural ambassador, was nominated for a Grammy Award this year in the Best World Music Album category. 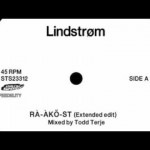 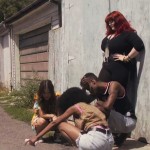 Best Music Videos of 2012 with Female Protagonists (So...