Dean of Graduate Studies To Host Salon At Her Home

Dean of Graduate Studies Rebecca Duclos has invited all SAIC graduate students to her Humboldt Park home this Friday. A recent Montreal transplant still settling into her apartment with scant furniture and lots of space, she will be host to students and FVNMA faculty member Frédéric Moffet to discuss the queering of “manly mythologies” in celebrity culture for the first in a series of home discussion salons titled “Dean, Not I.”

Duclos began her post as dean in July of this year and she began looking for ways to engage the entire graduate student population at SAIC. “I decided to organize something that is in concert with the way that I’m thinking about gatherings,” Duclos explained. With the Italian conversazione and the French salons as her framework, she organized the series for students to get together to talk about ideas in a very informal way. “I’m interested in random research, or what I call para-academic research,” she continued. “The kind of research that we do which often doesn’t make it to the record books — things like accidents or chance or synchronicity, gut feeling, intuition — these kinds of hunches that we often have about something, in combination with a more directed pursuit of that thing.”

“Sponsored by the Dean of Graduate Studies,” the flyer reads, “the series purposefully sublimates the identity of its sponsor in order to foreground an organizational logic that is more outwardly and aberrantly focused only on the word ‘dean.’” Under the “Dean, Not I” theme — an idea she came up with on her bike ride to school, she said — the series includes a discussion about James Dean on Friday, followed by “Urban Cannibals: Hannibal Lecter Eats Dean and Deluca” in February, “Howard Dean’s Scream: Politics and Vocality” in March, and “Body, Music, Ice: Torvill and Dean’s Skateology” in the final salon in April.

“I see myself as a facilitator, someone who brings people together,” Duclos said. “And that’s essentially what deans do — we navigate and negotiate between faculty and the students. So for me to be able to offer my house and create a receptacle in which students and a faculty members can converse about something that doesn’t necessarily get covered in the classroom, it’s something that I wanted to try and foreground — their activity rather than my own voice.” 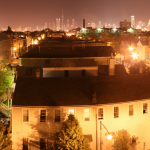 Letter to the Editors — Unexpected Consequences 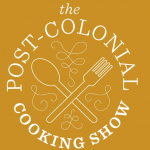