Filmmaker Chris Sullivan Talks Midwest, Production and the Implications of the Word ‘Ugly.’

“Chris Sullivan’s animated film, “Consuming Spirits,” made its Chicago debut with a special private screening in September of 2011. Following a deluge of reviews and coverage since the Tribeca Film Festival this April, the feature-length film premiered at the Chicago International Film Festival.

… the film comes together in a fragmented but powerful narrative about the complications and consequences of love, longing, disappointment and bitterness, punctuated by the dysfunctions of life in the small Appalachian town of Magusson.” 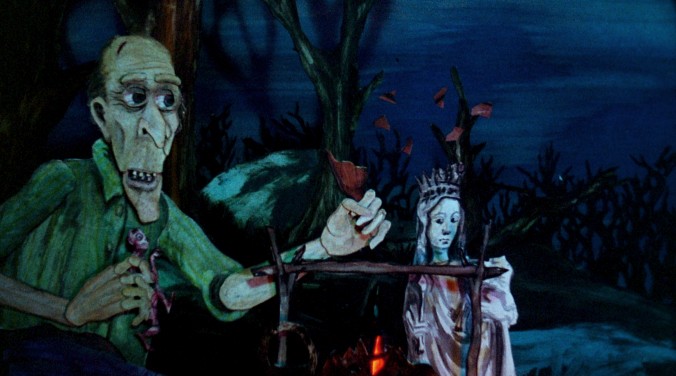 Chris Sullivan’s animated film, “Consuming Spirits,” made its Chicago debut with a special private screening in September of 2011. Following a deluge of reviews and coverage since the Tribeca Film Festival this April, the feature-length film premiered at the Chicago International Film Festival on October 16 at the Siskel Film Center to a wide-eyed audience.

Over a span of 135 minutes, the film comes together in a fragmented but powerful narrative about the complications and consequences of love, longing, disappointment and bitterness, punctuated by the dysfunctions of life in the small Appalachian town of Magusson. “Consuming Spirits” takes the entire repertoire of Sullivan’s animation projects and visual style, from stop-motion modeling and paper collage to traditional line-drawn animation. Sullivan’s film alludes to the nearly 15-year conception and production process, but only in its meticulousness of narrative — and the math adding up to 3,240-plus frames shot to make up the landscape.

The film centers around three major characters depicted in seemingly unconnected scenes: Earl Grey, a sleepy, sage-like radio-show host; Victor Blue, a newspaper paste-up man turned drunk-driving pickup truck owner; and Gentian Violet, who in the first minutes of the film runs over a nun and hides the body.

Sullivan’s characters are flawed and grotesque, and his animation inhabits the same space, piecing together the events of the town and the psychology of its characters with the same sense of grit and detritus native to its setting. I caught up with Sullivan — who, in addition, composed the film’s score and voiced Victor Blue — to discuss the film.

F Newsmagazine: You grew up in Pittsburgh, which seems to account for some aspects of the grotesque and post-industrial imagination in the film. How closely was Magusson based on Pittsburgh?

Chris Sullivan: Magusson has Pittsburgh roots, but it is really closer to a place like Wheeling, West Virginia. Rust belt beauty and grotesqueness is surely there.

F: How did you work to construct the physical landscape and mythology of Magusson?

CS: The setting was based on initial sketches and an overhead map I drew. It is the actual characters that unfurled, and changed as the film progressed.

CS: I do think that my upbringing and the landscape I grew up in is an undeniable part of the fabric of my work, but I do not think that it is a block. I’ve talked to people from many different social and geographical environments, and the film touches them. I relax about this when I remember being a viewer; if I watch a film from China, I do not sense any alienation, because it is a place I do not know. The audience is an observer of the film, empathy comes from things that are very core to the human condition. And the landscape of my film is specific, but the family dynamics very recognizable.

F: Did “Consuming Spirits” take the amount of time to complete that it did primarily because of the process of filming at 24 frames per second (FPS), or was generating the script a big part of it? How did the decision to shoot on 16mm film complicate or change the production methods and rate?

CS: Writing went on throughout, but it was the animating itself that took the time. I also lived my life during its production.

Shooting on 16mm made perfect sense at the beginning of the film and only became problematic at the end phases, but the film was finished on HD. Getting a good transfer was a problem with the film, but Astro Film Lab here in Chicago came through. After transferring the footage, things went smoothly as far as sound design — though I did sound for over a year and a half.

F: What were some of the reasons for using so many mediums over choosing one to focus on, considering the non-linear narrative and knowing it was going to be shot at 24 FPS?

CS: I knew that I would have the four elements: the cutout puppets, the drawings, the tabletop models, and the photo cutouts. I like what each method does. But it was a trade for clarity, and having people really fall into the picture at times.

F: How did you come across the voice actors and were you composing all of the music and effects?

CS: The voices were all recorded before shooting, and more recordings were made as the script progressed. The actors were hand-picked by me, as were other artists who I felt I could work with. I did 98% of the sound recording and editing for the film.

F: How do you feel about the explicitness of the word “ugly” being thrown around so much in interviews and articles on the film? Do you feel like “ugly” is a complicated word?

CS: It was appropriate and interesting. I throw it around myself: “And you’re not very beautiful, so no one will go out of their way to find you” is my writing. I do have an affinity with ugly people who climb social barriers. It is no small thing.

F: “Consuming Spirits” was Tribeca’s only animated feature film. Did that generate some interest for distribution since then?

CS: I am self-distributing as I speak. And that may change, but I would like to not bring another figure into the picture.

F: Were there any major cohesive challenges in getting the edits to feel like 15 years might not have passed?

CS: Yes, there were. Voices change, kids grow up, and people have to be reintroduced to their characters.

F: What would you say to anyone expecting to see the character archetypes and moral tropes of animated feature-lengths?

CS: This film is structurally challenging, but if you stay with it, you will find yourself drawn into these characters and accepting their Pagliacci oddness. And let the film soak into you. Feature filmgoers are welcome, though those who favor Charlie Kaufman, Robert Altman, Lynne Ramsay, Wes Anderson, Denise Potter, or Igor Kovalyov will fare better than those wanting streamlined narratives. Sift through the evidence and artifacts of this film, and I think you’ll be satiated by it. 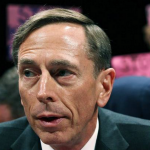 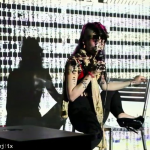 Round Robin – Chicago’s Dirty New Media at the...