The title of this film is appropriate, considering the unrelenting hatefulness of nearly every character. 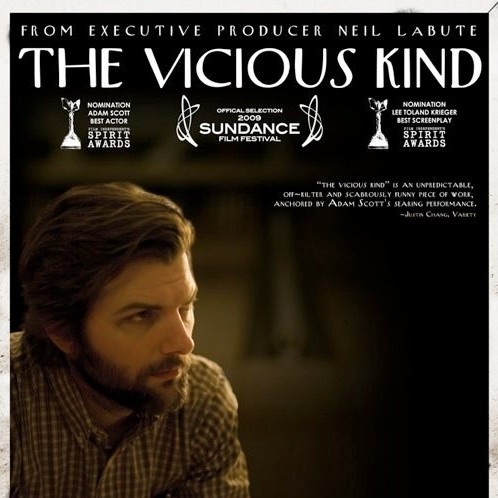 I, for one, have always been a fan of films that challenge my faith in the goodness of humanity. I’m not talking tearjerker “Rom-Coms” that make you go to bed crying from fear of dying old and alone, bitter and senile. I’m talking about the kind of films that sit you back up on the fence again, make you part of the Undecided Majority, dry up your soul, close your eyes, make you wonder if your chest cavity had anything in it in the first place.

Movies like that are hard to come by, but when it comes to things like Netflix — where most of the time all you can find is some television show that got 10/10 on 4chan — all you need is a fantastic degree of boredom and a willingness to dig around in the more obscure regions where French art house and low-budget comedies sit around like painting and sculpture students with their cigarettes and perpetually dejected expressions.

One movie that should be at the very top of your “Things to Watch When Bored” list (or, in my case at least, “Things to Watch because I’d Rather Not Be Doing Work Right Now” list) is Lee Toland Krieger’s “The Vicious Kind” (2009), starring Adam Scott (NBC’s “Parks and Recreation”), Brittany Snow, Alex Frost, and J.K. Simmons (“Law and Order”). The title of this film is certainly an appropriate one, considering the unrelenting hatefulness and selfishness of nearly every character.

A quick rundown: a construction worker named Caleb Sinclaire (Adam Scott) totally transcends the definition of “the biggest jerk ever” because of his hatred and distrust of his father, Donald Sinclaire (J.K. Simmons), and every woman he’s ever encountered. His primary goal is to protect his brother, Peter Sinclaire (Alex Frost), the stereotypical college kid, from being hurt by his girlfriend and first love, Emma Gainsborough (Brittany Snow), the pretty yet un-intimidating college girl. A quiet, heinous, yet extraordinarily believable chaos ensues in the mid-winter rural Maine.

And you’re thinking, “Yeah, whatever. Family drama? I don’t think you’re being banal enough.” What makes this film the opposite of banal — a movie worth seeing — is the fact that its main characters are static. They are atypical personas with a confusing ability to look and act like typical, normal-on-the-outside members of a troubled-but-not-too-screwed-up society. Audiences rarely want characters that do not grow emotionally or that, rather than doing the right thing, choose to do what is most convenient; we want to see ourselves projected onto a life lesson — we want reassurance that we are better and that we can get better. These characters, Caleb and Donald specifically, do not become better people as the movie runs; they are introduced as hateful people and they remain hateful. The only thing that grows is our understanding of why these people act the way they do, and we are not pleased by this knowledge. Yet we want them to have redeeming qualities, because we see ourselves in them. We need to know that we will be OK.

“The Vicious Kind” has an odd affect: the “hypothetical you” believes, with all of your heart, that sooner or later in the ninety-two minutes, all of the broken relationships will be fixed and everything will be super happy fun times again (just in time for Thanksgiving). The truth is that you’re wrong — nothing gets better, and it won’t get better, because truth according to Caleb and Donald Sinclaire is not the kind of truth we’re used to. You are left high and dry, on the fence, stuck between choosing red or blue, left or right. Is humanity vicious? Am I like that? Is humanity capable of changing? When the credits start rolling, you wonder about the goodness of yourself, your family, your friends, and you wonder if you even want to answer the question.

All that from a movie that may or may not pop up under the independent film category on Netflix! If you find yourself in need of something to watch — something that will interact with your life directly, something that will inspire beyond visual or intellectual boundaries and the insignificant synthetic barrier that is your television or computer screen, something that is plainly spoken and poetic, “The Vicious Kind” should be the first thing you type into the search bar. Watch this film, sit on that fence with your dry soul and empty chest cavity, and decide just how you’re going to fill yourself up again.

Who said boredom couldn’t be productive?

Uncategorized Movies to Watch When Bored — “The Vicious Kind”