Apathy on the Run, Or At Least Walking A Little Faster

When the academic year started, so did the tenure of the four Student Government (SG) members elected last spring. Their first month in office consisted of drafting a constitution, hosting a call for entries for a student-designed SG logo, defining an identity and establishing a clear plan of action to engage with students directly. 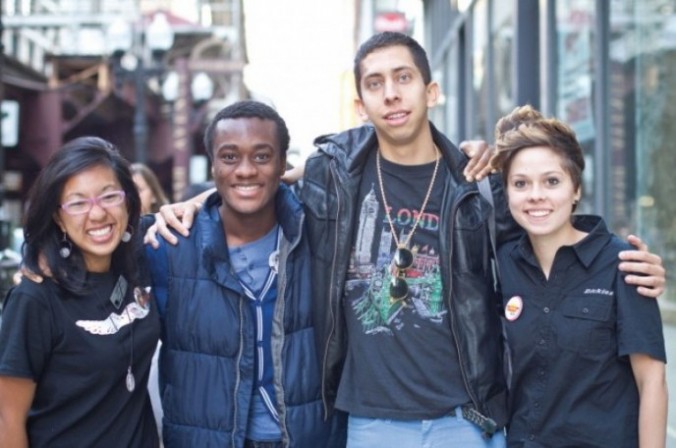 When the academic year started, so did the tenure of the four Student Government (SG) members elected last spring. Student government has lain dormant at SAIC since 2006, so Monica “Moki” Tantoco, Nina Palomba, Kekeli Kodzo Sumah and Vincent Uribe started from scratch, building new foundations and infrastructure for the organization.

“We intend to be the connective tissue at SAIC,” said Kodzo at the first of weekly open meetings held Tuesdays on the second floor of Neiman Center. The four members will serve as the voice of student concerns and ideas for the Board of Governors, the administration and faculty.

Their first month in office consisted of drafting a constitution, hosting a call for entries for a student-designed SG logo, defining an identity and establishing a clear plan of action to engage with students directly.

The previous student government at SAIC dissolved in 2006 because of a lack of student involvement. “About every other year we would gauge to see if there was interest in doing an election, both from people wanting to run and from students who might think an election was necessary,” explained Patrick Spence, Assistant Dean of Student Affairs for Campus Life. “To be honest, there wasn’t a lot of interest.”

The Student Association took the place of the absent SG and involved students in programming large events on campus and administering the budget for student groups.

Where Spence once played an active role in Student Association activities, his role has fundamentally changed, “Student Government answers to the students, not to me. In terms of what they want to accomplish, their platform, and what they want to spend their time working on, it’s really up to them. I don’t supervise them, I advise them.”

Every member has an area of concentration. Kodzo will attend Board of Governors meetings and serve as their point of contact, Tantoco is in charge of student group funding allocation, Palomba focuses on interdepartmental outreach, and Uribe manages communication and social media.

SG members are not volunteers; they get paid like any other student with an on-campus job. Uribe believes that the financial reward does not imply they have a greater obligation to the institution than to the students. “Knowing that I get paid to do this, I can actually commit the full amount that it takes to be in this position,” he said. “It does take up a lot of time.”

The inauguration of the Neiman Center played a pivotal role in allowing student organizations — and SAIC students, in general — to establish a more visible presence on campus. Student Government shares a prominent office space with the Student Programming Board (SPB) by the Center’s reception desk. SPB was created this year to handle all event-planning responsibilities.

“[The] Student Association didn’t have enough time to spend on student voice and student representation and event planning,” explained Tantoco. “So by splitting it up into SG and SPB there is an opportunity for both groups to do more work.”

What do You Expect from Student Government? from F Newsmagazine on Vimeo.

In order to keep students up to date with SG decisions, members are thinking of hosting a biweekly show on Free Radio SAIC that could serve as an audio archive for each term. Students who want to address a concern to members are also invited to attend the open meetings held on Tuesday or stop by during members’ office hours. News and updates will be primarily broadcast through Facebook and the EngageSAIC platform, where the completed constitution will be available for download.

“This school is very self-driven and it’s easy to just sit back and watch things happen,” explained Uribe. “But I think if there’s something you’re really passionate about or interested in pursuing and resolving — if you talk to the right people and push the right buttons, you’re going to come up with a solution.” This year, a Student Government member is the person to talk to.

Uncategorized Apathy on the Run, Or At Least Walking A Little Faster
« Previous Story 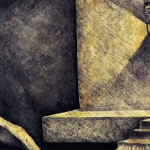