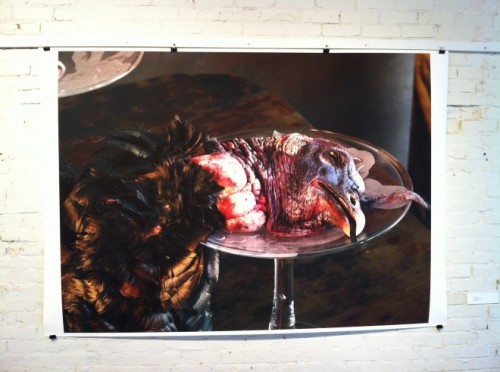 Wild, organic, natural, dangerous, cute: these are terms we rely on to describe animals, their character, and how we relate to them. In “Wild: Animals in Contemporary Photography,” on display this summer at Moving Gallery in Omaha and traveling around Europe this fall, seventeen artists examine the ways society uses, imagines, fetishizes and fantasizes about animals through photography.

One of the primary ways we imagine animals is as food. Throughout history dead animals have been symbols of opulence and are appropriately depicted as centerpieces of feasts. Vera Mercer, uses the symbolism of  17th Century Dutch still-life painting for two large format photographs titled “The Old Wild Turkey” (2012). Each photograph depicts a dead turkey on a dining table with its head resting on a glass dish. The photographs are saturated with color and exquisitely detailed, revealing the grotesque and sensual nature of the turkey’s, beak, neck folds and feathers.  The decadent still-lifes emphasize the symbolism of the turkey’s corpse embodying both wealth and death.

Carolina Linge’s “Dame with Katchninchen”(2008) also draws from art history as a modern interpretation of Leonardo Da Vinci’s portrait “Lady with Rabbit” (1483-1490). Linge’s photograph depicts a skinned rabbit and a young woman, who’s eyes have been cropped from the photograph, standing with a vacant expression while caressing the flesh of the rodent. The portrait is flanked on the right by a photo of a young woman, from the waist down, clutching a string wrapped around the neck of a dead bird. On the left is  a portrait of a young woman’s back with a snail crawling down. Linge’s photography takes a child’s inclination to keep or reanimate a dead pet, and imposes that onto a woman’s portrait, capturing her fleeting innocence while evoking a sense of melancholy and loss. 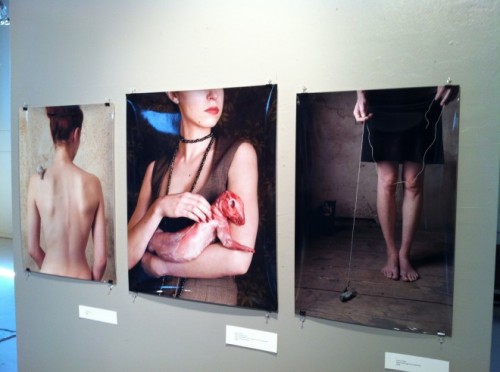 Other photographs in the show are darkly humorous, questioning the idea of the “natural” the “wild” and  “domestic.” Kai Olaf Hesse presents a selection from his series “Depot Builder” (2001-2008), which consists of ten photographs of artifacts in storage at the Museum of Natural History. The photographs depict sterile museum spaces where a monkey is left in a hallway, the skeleton of a four legged animal is wrapped in brown paper and other animal skeletons are cramped on shelves with packing boxes. Hesse’s work pulls back the veil of what passes for “natural” as well as “history” and his photographs dress down the authority of the museum to that of a stage show, rather than an institution of knowledge.

Alexandra Vogt’s “Untitled” (2006) photographs depict the artist holding a mirror to a horse’s face, while it stares at itself. Another photograph shows her hugging the horse around the neck. Vogt’s work is a poetic snapshot of an affectionate yet absurd gesture between animal and artist. Her work at one time anthropomorphizes the animal but also imbues the artist with the sense of “wildness,” making her work uncanny and seductive.

The work that best fits the title of the show “Wild” is Martin Klima’s “Eagles” (2006), a series of three large-format eagles, captured in flight, against a grey studio wall. The photographs are minutely detailed, leaving the viewer to conclude how such ambitious images could be captured.  The viewer must decide whether they are real or fake, alive or dead, in motion or frozen, and the images call into question the authority of photography itself.

Rarely is a group show so well crafted that the artist’s work has room to breathe, while still reinforcing one another. Curators Matthias Harder and Maren Polte deconstruct the authoritative terms, structures, symbols and assumptions around wildlife.  Their show looks at animals as specimen, food, companion and icon.  By revealing the human construction of perception, the viewer is empowered to develop their own stance on “wildness.”  In “Wild,” Harde and Polte were able to wrangle the best contemporary photography, couch it in critical discourse, while maintaining readability and relevance to the public. 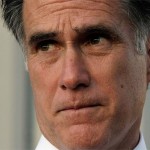 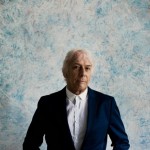 One Response to “Wild: Animals in Contemporary Photography” — Moving Gallery