What exactly does the Chicago Cultural Plan aim to do?

The plan has been a source of controversy since its inception in October 2011. Some journalists remain critical of Emanuel’s decision to outsource the project to private consultants; others wonder how feasible any sort of cultural initiative is, given the city’s on-going budget crisis.

Since its release in mid-July, the draft of the Chicago Cultural Plan has been debated, derided and praised by many of the city’s own artists and politicians.

Spearheaded by an ambitious Mayor Rahm Emanuel and the Department of Cultural Affairs and Special Events (DCASE), the plan was developed in collaboration with Lord Cultural Resources, a Toronto-based consulting firm. It attempts to outline the next 20 years of artistic development in Chicago, offering a plethora of recommendations and initiatives meant to revitalize everything from art education in public schools to funding for storefront theatres.

The plan has been a source of controversy since its inception in October 2011. Some journalists remain critical of Emanuel’s decision to outsource the project to private consultants; others wonder how feasible any sort of cultural initiative is, given the city’s on-going budget crisis.

For many journalists, the July draft did little to soothe their skepticism. The Reader’s Deanna Isaacs complains that the Plan reflects Emanuel’s lust for tourism money far more than it does the concerns of neighborhood-dwelling Chicagoans: “The public was more concerned with things like access to culture and equitable distribution of resources. So why is ‘making Chicago a global cultural destination’ on the list of ten priorities?” …Tourism dollars.

Bloggers Jason Prechtel of Gapers Block and Jim DeRogatis of WBEZ found that the town-hall meetings held by Lord Cultural Resources and the DCASE were simultaneously obfuscatory and self-indulgent, operating far more like focus groups than democratic discussions.

Art writer for the Huffington Post Paul Klein praises the Plan, complimenting Emanuel’s enthusiasm and understanding of the arts. “With a mayor who was a dance major, the arts are appreciated and understood to be important.” Rocco Landesman, chairman of the National Endowment for the Arts (NEA), believes that the Plan should serve as a model for “a hundred cities all over the United States.”

The disparity between these reactions is bemusing. But even more puzzling is the fact that such a lifeless document is capable of inspiring any sort of strongly-held opinion.
Another defender of the plan, arts attorney Michael Dorf, explained to TimeOut reporter Jake Malooley that it isn’t meant to be detailed. “It’s up to the people who are passionate about these subjects to make the city get specific,” he says. The implication is that government isn’t in the business of visionary projects — or will only implement them when forced by their constituents.

But accepting this still doesn’t excuse the Plan’s marketing-jargon. For example, there’s the equation “Art + Creativity = Innovation” — would anyone reading a cultural plan be in need of a mathematical formula for innovation?

Such condescension makes the Plan’s lack of clarity all the more notable. It skimps on specific details and emphasizes catch-phrases. “When Chicago plans culturally,” the writers claim, “its cultural plan advocates for a principle of governing, a model for doing business, and an approach to collaboration where culture is integrated into every sector city-wide.”

WBEZ’s Jim DeRogatis claims that Lord Cultural Resources elevates “consultant-speak to new levels of Orwellian obfuscation.” While the critics of the Chicago Cultural Plan are aggrieved by its lack of transparency, many of them are nevertheless pleased that the government is taking a greater interest in the city’s artists.

When the Plan speaks of Chicago’s future, it operates under the assumption that the presence of a large and lively creative class will inevitably lead to prosperity. In doing so, it borrows from an argument most famously articulated in “The Rise of the Creative Class,” an influential book written by Richard Florida in 2002. In it, Florida argues that the manufacturing era is definitively over and that American cities — if they want to be prosperous — should center their economies around what he calls the three T’s: technology, talent and tolerance.

The book made Florida something of a celebrity and his theories became integral to urban revitalization. However, as the Great Recession set in, critics began to target him with more frequency. Journalist Alec MacGillis writes in a 2009 article for The American Prospect, the most troubling aspect of Florida’s thinking is “the way that [his] embrace of the ‘new geography’ precludes any real grappling with the factors behind the trends he describes — say, the effect of the Chinese currency and a lack of a U.S. industrial policy on American manufacturing, or the effect of consolidation in farming and livestock production on shrinking prairie towns. Florida does not ignore the downsides of the shifts he describes; he just accepts them with a Panglossian shrug.”

In the enthusiastic-yet-evasive language of the Chicago Cultural Plan, this shrugging attitude is on display. Despite the fact that creative hubs struggle with extreme income inequality — a national concern highlighted since the Occupy protests began — the Plan presents the growth of the creative class as a panacea to all economic woes. Nowhere does it express concern for low-income minorities. It does voice a commitment to getting art into the neighborhoods, but that could just as easily refer to Wicker Park or Lake View as it does to Englewood.

Though this version of the Plan is only a draft, one still expects a higher caliber of work from the City of Chicago (and their $300,000 consultants). The final draft of the Plan is set for October. Only time will tell if it will take more interest in concrete realities and less in false idols. 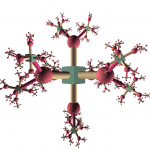 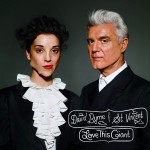