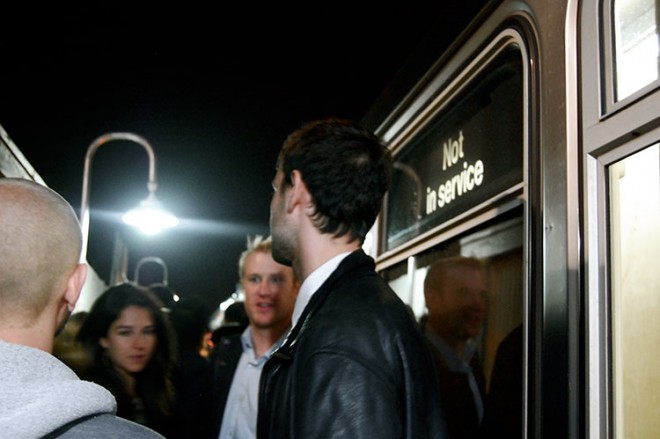 All photographs taken by Lindsey Auten.

“If there wasn’t art on this train, it’d be the creepiest train ride ever,” said a patron boarding  “Cabinet of Wonders.”  As part of Art on Track, Erin Cramer’s hand-made paper sculptures of sardonically personified horses and skeletal birds holding pocket watches filled an ‘L’  train car on Saturday night.

Art on Track celebrated its fifth birthday last Saturday, September 22. The world’s largest mobile gallery, it is the brainchild of a group of students from SAIC and alumnus Tristan Hummel. During the annual event, six CTA regulation-size rail cars were handed over to artist collaboratives and organizations as free curatorial spaces. This year the cars traveled along the Blue Line between UIC-Halsted and Logan Square from 5 to 10 pm. Party-goers included artists, passersby, contemporary art enthusiasts of all ages, and a few young, drunk professionals. 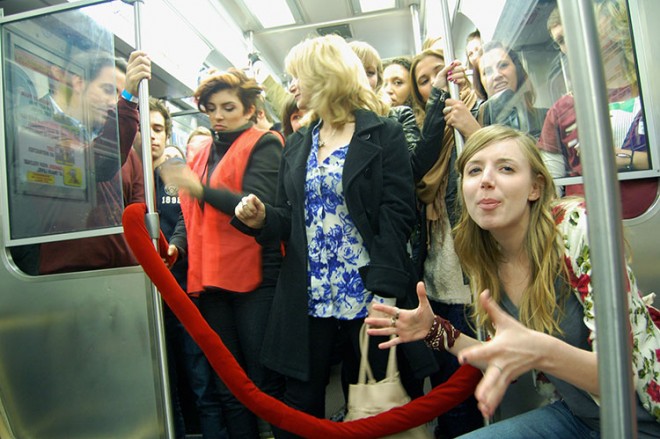 The car with the documentary theater

Noisivelvet, an active advocate for the arts, teamed up with the Waltzing Mechanics theater troupe and The Cinema Culture to present a shortened version of El Stories, the weekly theater showcase in Lincoln Park recounting the life stories of CTA riders from across Chicago. For Art on Track, the actors relived a scenario in which a shady evangelist traipsed onto the train and proceeded to tell fellow passengers they’d go to hell if they didn’t convert. 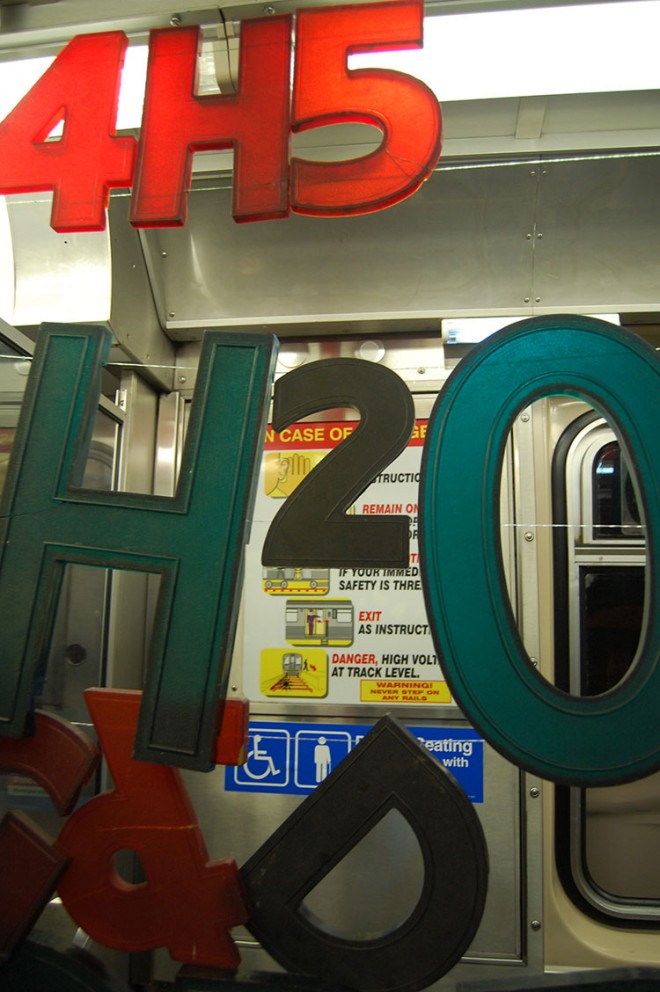 This collaborative exhibition by the pop-up institution let participants spell out their own meaning of type by hanging letters and numbers on rows of hovering string. The exhibition emphasized the ability to arrange and rearrange letter forms and signage, emphasizing that we all commute, communicate, and plan using type. 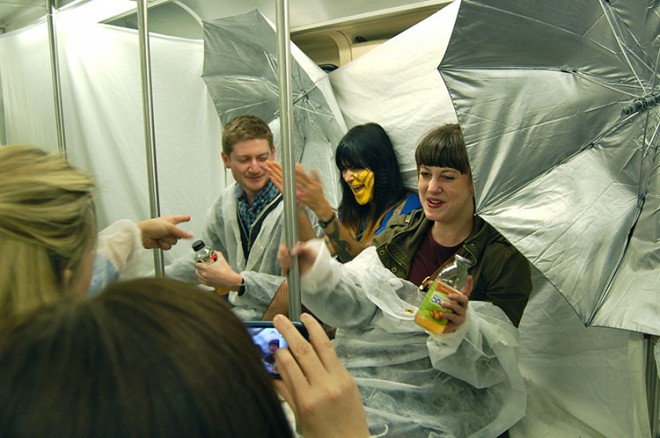 Known for its “elevated theatrical fashion productions,” The House of Frog welcomed viewers to put on lab coats and enter a blanket-fort-like space with reflector umbrellas and paparazzi. Participants could join in on the photos alongside ladies with tribal painted faces and Gaga-esque outfits. The concept captured what The House of Frog emanates, the hands-on theatrics of philanthropic fashion designer Frog Greishaw. 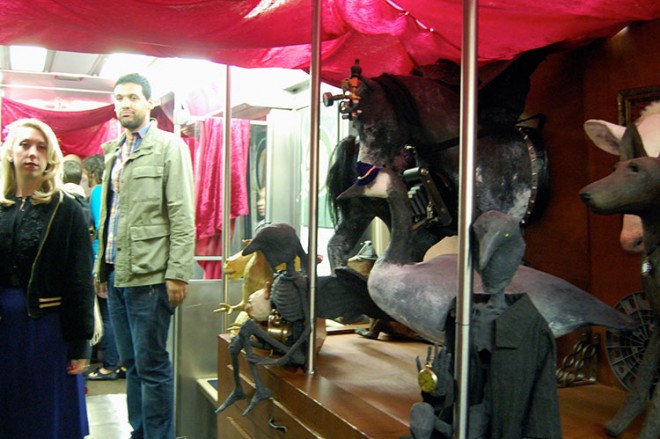 Crushed pink velvet covered the fluorescent overhead lights, making artist Erin Cramer’s paper sculptures atop dark wooden dressers reminiscent of more ominous versions of Jim Henson’s Sir Didymus character in Labyrinth. In one corner, a palm-reader leaned close to tell a participant about her future. In the opposite corner, people could make fool’s gold leaves with the “mad alchemist.” T.A.R.T. is a group of Columbia College students and alumni who explore a passion for myth and culture through objects, fashion, artist books, painting and printmaking. 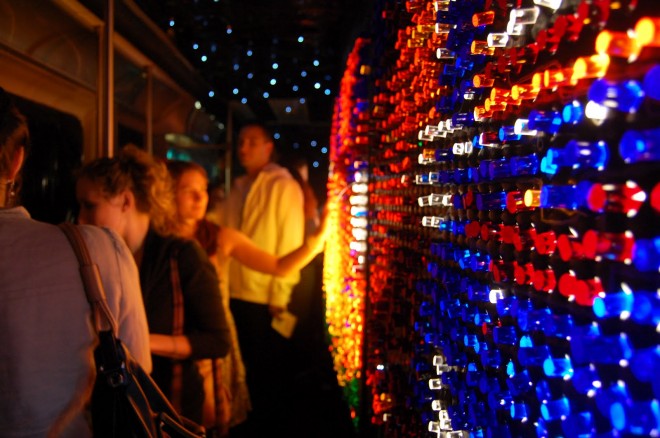 The car with the giant Lite Brite 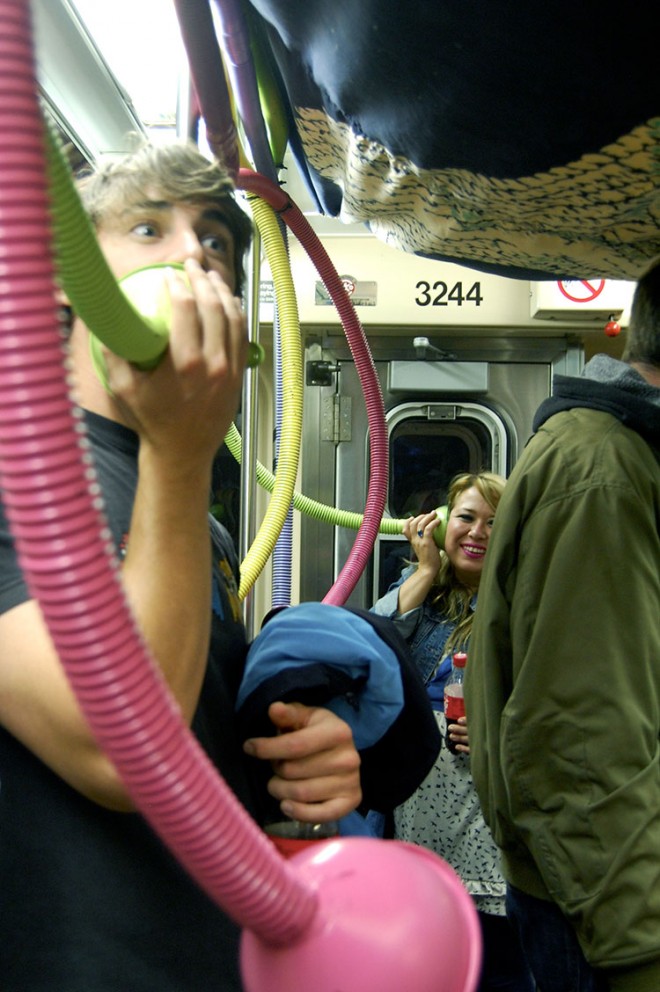 The car with the peepholes and science

The tail end of the Art on Track train, split in half, housed an array of small artworks from the gallery that supports “offbeat media.” Small drawings, prints and photographs were back-lit, covered with black cardboard squares taped to a bright yellow box and visible through small two-inch holes. A PVC pipe jutted from the yellow box, its other end unknown; plastic bot-like tubes functioned as two-cans-and-a-string telephones. 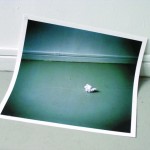 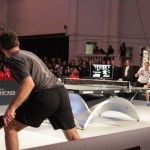