The Chicago International Film Festival, Frank Gehry and Facebook, in additiona to the fate of Pussy Riot members.

The Chicago International Film Festival announced its initial lineup of films last week. As reported by the Chicago Tribune‘s movie critic Michael Phillips, several strong films that debuted this year at the Cannes International Film Festival will be shown in Chicago during the festival. This includes “Beyond the Hills” by acclaimed Romanian Film director Cristian Mungiu, “Like Someone in Love,” by Iranian filmmaker Abbas Kiarostami and “Holy Motors,” by French director Leos Carax. Also slated for a screening during the festival is “Consuming Spirits,” the long-awaited animated film by SAIC film professor Chris Sullivan, which debuted earlier this year at the Tribeca Film Festival in New York.

Facebook announced last week that renowned architect Frank Gehry will design the company’s campus extension in Menlo Park, according to PC Mag. Everett Katigbak, Facebook’s Environmental Design Manager, posted on Friday the details behind Gehry’s latest creation. The warehouse-style structure will house an open desk office environment (no cubicles) and cafes and micro kitchens for an estimated 2,800 engineers. An eco-friendly approach to its design will be emphasized. Construction will begin in early 2013 according to Katigbak.

After the sentencing of three of the members of the Russian punk band Pussy Riot, two other members of the band have managed to flee Russia. The band posted on Twitter, “In regard to the pursuit, two of our members have successfully fled the country! Recruiting foreign feminists to prepare new actions.” Pyotr Verzilov, husband of one of the jailed band members, when interviewed by CNN, did not say whether the members who escaped have formally applied for asylum in another country. 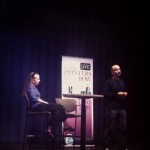