Trusted Org on Trial Thanks to Whistle Blower

Reaping huge profits from the government since…?

Congratulations to my ballsy friend Michael Lindley for exposing wrongdoing in one of the most trusted companies in the US – the Gallup Organization (you know, those guys who make the polls used by CNN, Fox, and such).

The Justice Department is joining Lindley in a lawsuit against Gallup for filing false claims on contracts with US Mint and the State Department, among other government agencies.

After being honored as Rookie of the Year as a Gallup employee in 2009, Lindley was fired six months later for threatening to report over-billing practices. He claims that Gallup inflated its prices to reap huge profits from the government.

Gallup counsel Steve O’Brien said that Lindley’s claims are “meritless.” This is the same guy that, Lindley says, told him that he was fired because “When you start talking about going to the Department of Justice, I don’t trust you anymore.”

Good luck Lindley! Do get a bodyguard or something.

More on this case at the New York Times, Bloomberg, and NBC. 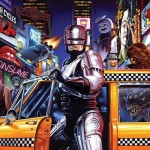 Cults are Finally Getting the Artistic Attention They Deserve 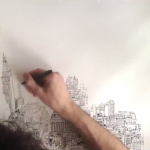