The first time I saw the sunrise over Lake Michigan, I was in Hyde Park. It was two in the morning. I was 19, and neither I nor my companions had fake IDs. After spending 30 listless minutes asking one another: “Well, what do you want to do?” we decided that the beach was as … 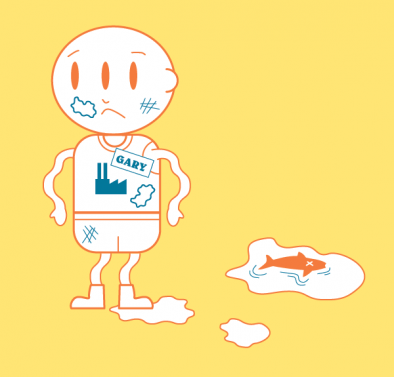 The first time I saw the sunrise over Lake Michigan, I was in Hyde Park. It was two in the morning. I was 19, and neither I nor my companions had fake IDs. After spending 30 listless minutes asking one another: “Well, what do you want to do?” we decided that the beach was as good a place as any to kill the hours before dawn.

From the Museum of Science and Industry, we trudged south to a strip of sand east of 57th Street. We sat there with our bag of Cheetos Puffs until the sky turned orange. As the sun broke over the horizon, the most listless of us swallowed a Cheeto and said: “This would’ve been awesome, if we hadn’t been staring at Gary.”

Even at 19, I knew this was a petulant thing to say. Petulant, but accurate — I also thought that Gary, Indiana was a miserable sight. Not only is the industrial skyline unpleasant, but it serves as a reminder of a Chicago that its twenty-first century residents would rather forget.

In its rush to become a “global city” with an economy stimulated by a global stock market rather than local trade and manufacturing, Chicago is eager to ignore its Rust Belt past. Unsanitary as it may be, the Gary shore has the potential to serve as a useful counterbalance to this mad urge toward globalization — even if it can sometimes make swimming difficult.

Chicago has long struggled to shed its image as Hog-Butcher to the world. Though blood no longer runs through the river, a distrust of the city’s waterways remains. Though modern-day Chicago makes more of an effort to protect the lake than it once did, the Chicago Tribune reports 19 billion gallons of contaminated storm-water dumped into Lake Michigan between 2007 and 2010.

Gary’s pollution regulations are notoriously lax, serving as incentive for U.S. Steel and other industrial giants to continue doing business in the region. (This is the reason that the Calumet River is virtually inhospitable to life today.) The city’s skyline consists of little more than factory after factory.

Chicago is certainly a much more vibrant city than Gary, but a ride through the West Side reveals a staggering number of abandoned factories. While the city itself may be healthy, its working-class residents are still reeling from the loss of industry.

Chicago’s best view of Gary might be from Calumet Park, a beach on the Illinois/Indiana border. Standing on its shores, the Chicago skyline is nowhere to be seen. With the mills and refineries of Northwest Indiana spread out before you, it’s easy to forget that anything as abstract as a “global city” exists. To your left is a boat launch, to your right, a Coast Guard outpost.

From the launch, a barge sets sail. Objects that can only be described as rigs dot the horizon. Some of these can be spotted from the North Side, but from that distance they’re little more than shadows. This close, you can see that they’re painted yellow and grey. You can also make out ladders, lattices and poles.

There are beaches, but the strips of sand can be best described as perfunctory. One is only wide enough to house a lifeguard’s tower. A yellow flag hangs from one, informing beachgoers that there are troubling amounts of E. coli in the water. No lifeguards are on duty, but this isn’t a surprise — it’s 61 degrees outside.

One leaves with the sense that recreation isn’t the point of this particular stretch of Lake Michigan. It would be ill-advised to vaunt Gary as a symbol of lost twentieth-century productivity; the town was founded by U.S. Steel in an attempt to avoid negotiating with Chicagoan labor activists, and the company has continued to have a strained relationship with its workers ever since. But it does stand in stark contrast to the shuttered warehouses on Chicago’s South and West Sides.

Reckoning with Gary — that is, considering it as something more than a blight on the horizon — forces Chicagoans to ask serious questions about the way we run our city. Our beaches might be cleaner and more attractive than Gary’s, but what happened to our industry? Will our city truly be better off without it? These are issues worth considering even if it cuts into our sunbathing time. 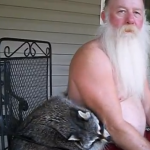 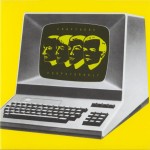