In Computer World, the machines are dressed as men. 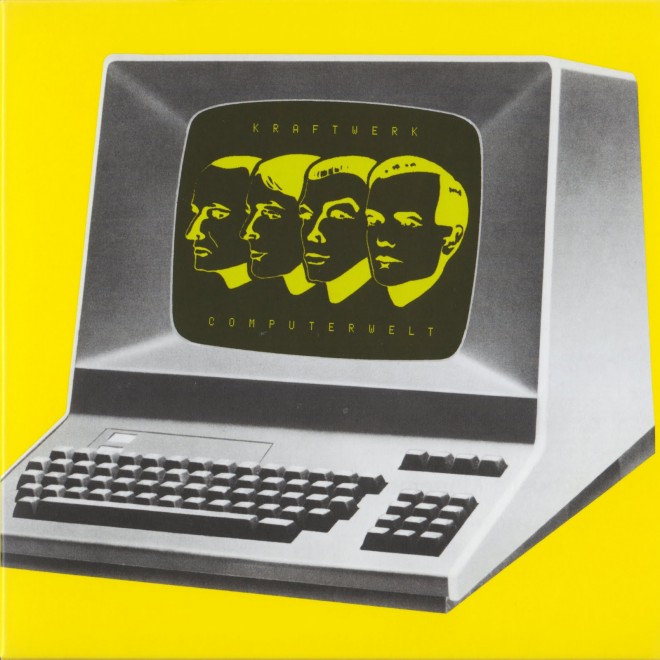 Over a century ago, authors like H.G. Wells and Jules Verne probed the unknown worlds of travel through time and space, respectively. The appeal of their stories was largely due to how real and credible they were in spite of how fantastic they seemed — they scared and exhilarated those who read them because all the concepts were backed by reason, absorbing the reader into a strange and plausible reality.

I don’t claim to be a sci-fi buff, but I am a fan to some degree. That said, it’s hard for me to imagine what the genre was like back then, and even before the mid-1970s — when science fiction was almost exclusively about exploring abstract concepts in physics, time and the paranormal. Even when writers like Issac Asimov and Arthur C. Clarke started pushing the limits of the genre with man/machine themes, it was still almost adversarial, as if humankind had found their ultimate rivals. The sci-fi that I know best is that of William Gibson and onwards, where humanity and technology find themselves in a symbiotic relationship that pushes the significance of each further for better or for worse. In a word, transhumanism and all the good and bad it entails.

At around the time of cyberpunk, there’s a shift. Suddenly, instead of machines encroaching on the territory of humans, we find ourselves weaved into the fabric of the machine world. Gibson’s “Matrix” or Neal Stephenson‘s “Metaverse” are prominent examples, where using a computer is changed from punching buttons on a keyboard into living an alternate life. Sword fighting and drag racing in a three-dimensional environment, in the case of Stephenson’s Snow Crash.)

It’s a shift that’s apparent between Kraftwerk’s album covers for 1978’s The Man-Machine and 1981’s Computer World. In the former, which was covered on PJH earlier, The lads from Kraftwerk are looking sharp, strong and efficient, exuding all the brutal androgyny of machines. In Computer World, they’re wearing the same confident non-expressions, but this time, the images are not of humans but of humans on a computer screen. The Man-Machine was largely about men dressed as machines, but in Computer World, the machines are dressed like men.

With its whimsical pulse of blips and beeps, “Pocket Calculator” presents the most instantly likable track on the record almost by virtue of instrumentation alone. Every digital twang adds to the energy of the song, and the slightly-accented English of the lyrics pile even more quirks on top of the total statement. But aside from being an excellent composition, the standout facet of of the track is the interplay between the “calculator” sounds and the narration. “By pressing down a special key it plays a little melody,” sings “the operator,” followed immediately by a flourish of synthetic ramblings. Kraftwerk’s mastery of electronic sounds is what set them apart from their contemporaries, but previous to this track they had never drawn the connection between sound and content so explicitly — even on tracks like “The Robots” the connection is clear but they never go so far as to say, “This is the sound a robot makes.” “Pocket Calculator” is a sign, then, of a partnership instead of just a vivid illustration.

“Home Computer” starts with more of the same electronic sounds, but immediately launches into much more sinister-sounding territory. The beat still drives on in skeletal motorik fashion over the mantra of “I program my home computer / Beam my sounds into the future.” The whole thing has a flavor of uneasiness to it, cramming repetitive beats into a claustrophobic frenzy. On first listen, this enigmatic track can be little more than a jackhammer of displacement, constantly posing the threat of getting lost in a haze of wiring and reverb. After a few more spins, that sense of doubt turns into a rush of exploration, and the reverb of the spacey interludes provides even more of a buzz. The nerve-racking pace may sound evil, but it’s only the threat of the unknown and the undiscovered. The “demonic” computer and its soundtrack is like the noise coming from a factory — it signifies that work is being done in a mechanical fashion and it sounds as ominous as anything else, but there’s nothing inherently malicious about it.

So there you have it: a record that illustrates the marriage of man and machine is prescient fashion and does next to nothing to calm any fears of it. Of course, that’s not to say that it doesn’t illustrate the process well — it’s actually an amazingly accurate depiction of what it might have been like to go through the tech boom of the last few decades. That beige box on the cover has come to illustrate ingenuity and innovation, but only with the passage of time has it been changed from a strange machine into an integral part of human history. It seems like Gibson, Stephenson, Kraftwerk and company had it just about right. 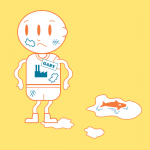 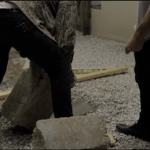