A year prior to graduating, Neiman was invited to teach a drawing class at SAIC. He would end up teaching various courses there and at the school’s affiliated summer program at Ox-Bow for ten more years to come. Soon after graduation, Neiman also began to secure more commissioned work from wealthy Chicagoans. In his free time, he frequented dives on Clark Street, sports events, and fancy restaurants on Chicago’s lakefront in order to study those engaged in playful social interaction. His regard for loud colors intensified and he settled into his chaotic painterly style, adopting or disregarding accepted conventions as he pleased. The artist began working as an illustrator in the quickly-growing field of advertising to supplement his income, which is when he met a quick-witted copywriter named Janet Byrne, whom he married a few years later.

That same fateful day, he met another young copywriter in the advertising business, Hugh Hefner. Impressed by Neiman’s work, Hefner requested that the artist do an illustration for the first issue of his new “men’s entertainment magazine.” Neiman was soon after promoted to the position of Playboy Magazine’s official Artist in Residence. “My art friends warned, ‘Watch out LeRoy, that’s the first step down a slippery slope. You have to decide if you want to be a serious artist or associated with tits and ass,’” recalled Neiman in his memoir. “I didn’t see it that way, and in any case, I was irresistibly drawn to the subject matter and scene.”

This marked Neiman’s shift from a bohemian post-art school existence to the glamorous life of an in-demand artist. After fifteen years in Chicago, Neiman relocated to New York City in 1963, and over the next forty years, became internationally known for his splashy images.

His commercial success and charismatic attitude proved to be of little interest to the mainstream critical establishment. While his work garnered some positive national attention early in his career, the critical recognition quickly disappeared. When pressured to discuss Neiman’s art, critics expressed the view that it was simply empty in meaningful content and aesthetically tasteless.

“It wasn’t until the late 60s that I fully realized I had been eliminated from serious consideration as a fine artist,” explained Neiman in his memoir. “If the critics didn’t like it, to hell with them…. I was proud of my brash new style.” And Neiman certainly wasn’t the only one who didn’t care much what the critics thought — According to the New York Times, at the time of his death, the total sales of original and reproduced Neiman works earned him a gross annual revenue of tens of millions of dollars.

Neiman mixed and matched stylistic elements absorbed from a variety of sources with the intention of capturing a sense of immediacy and dynamism in his paintings. Along with his use of flashy, contrasting colors, these various elements provide his paintings with a peculiar timeless but modern quality, something familiar yet otherworldly. If nothing else, Neiman’s accomplishment lies in the fact that he invented a distinctive artistic style that was esteemed by a vast range of people.

Though his breadth of subject matter included the nameless “working man” in the crowd and the scantily clad “playmate,” the artist drew and painted a greater number of well-known personalities, such as Frank Sinatra, Billie Holiday, Muhammad Ali, The Beatles, Michael Jordan, Andy Warhol, and Bill Clinton. However, in the vein of one of his favorite artists, the French Post-Impressionist Henri de Toulouse-Lautrec, Neiman found his calling in various sites of social interaction within the realms of both high and low culture. He was infatuated with the idea of society at play and intrigued by the realm of spectacle. Sketchbook in tow, Neiman could at any given moment see reality through rainbow-tinted glasses.

“The lack of critical appraisal has been a monkey on my back,” he said in the epilogue of his memoir. “But I didn’t do battle. I didn’t have time.”

LeRoy Neiman is survived by his wife and artistic collaborator, Janet Byrne Neiman. 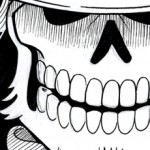 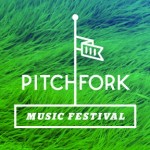