“The only urban policy in North Lawndale over the last 30 or 40 years has been demolition,” argues Vincent Michael, SAIC director of the Historic Preservation program, in a conversation with F Newsmagazine. “Every problem gets solved with demolition.”

“The bulldozer [became] a tool of urban planning, public safety and law enforcement,” declared the Chicago Tribune in the 2003 article “A Squandered Heritage,” which criticized the demolition machine set in motion by then mayor Richard M. Daley. Preoccupied with the development of downtown and gentrifying neighborhoods, the city administration promoted rampant destruction in West and South Side neighborhoods.

“When you add another vacant lot to a neighborhood that already has too many vacant lots, it is reverse urban planning,” argues Fine. 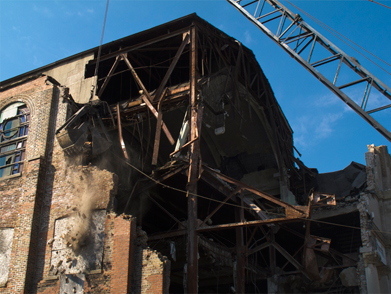 “When you lose this particular building, you will not just end up with a vacant lot on Douglas and Homan – you are actually going to end up with a hole an entire block long because half of 15th street is vacant lots. When this building is demolished, it is going to look like a bomb hit the boulevard. That is going to be very difficult for the neighborhood to recover from psychologically. Enough is enough.”

The activists began to develop a new plan for Shepherd’s Temple to celebrate the historical legacy of North Lawndale. They proposed to create a Martin Luther King Jr. museum. Leonard hoped the building would become a cultural center, a West Side hub. “We don’t have cultural centers on the West Side. I really think this has a negative impact on our kids and a negative impact on the adults. As cultural activities go, so goes the society.”

“The challenge with these inner-city buildings is that they’ve been falling apart for 20 years,” explains Michael, “so a problem you might have been able to solve for $100,000 20 years ago now costs $3 million because it has been getting worse over time. This is what happened to the Uptown Theater. You might ask, ‘How can you spend $60 million on a building?’ Well, you let the pipes freeze, you open up the roof and let it snow in there for 10 or 15 years, and the problem will get that big.”

Leonard admits that it will take a financial miracle to save 3411 W Douglas Boulevard: “Unless there is some angel that comes forth with $100,000 that we need to stabilize the building, Shepherd’s Temple is a goner.”

“It cannot always be about the cheapest way of doing something,” Fine explains to F Newsmagazine. “If you live in an enlightened, progressive society that values its historic architecture and cultivates the fabric of its neighborhoods, then sometimes you might end up spending more money, and in some cases more taxpayer money, to rehabilitate historic structures.”

The current owners of the building have had since 2007 to address building code violations. Their time ran out March 14. Five days later the red cranes and excavators of Heneghan Wrecking Company invaded the property. The grand façade of Anshe Kenesseth Israel now lies as a mountain of rubble.

Fine reflects on the effort to stave off demolition: “Unfortunately, it was a perfect storm. The problem was you had an owner who was not maintaining the building, you had a community whose history had been ignored for over 50 years, and you had a very difficult building type that did not lend itself easily to adaptive reuse.”

“We can’t rewrite history,” Fine laments, “but we can start planning for the future.” Preservation Chicago hopes to collaborate with the Commission on Chicago Landmarks and the Department of Housing and Economic Development to create a framework for the revitalization and reuse of vacant landmarks. Instead of building new facilities for libraries, schools and cultural centers, the city could invest in renovating existing historic structures.

Writer Gore Vidal warns of a United States of Amnesia, where we learn nothing because we remember nothing. Preservation is not about saving every old building, but preserving history. 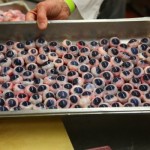 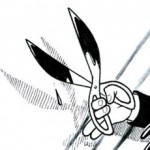