Lin Hixson and Matthew Goulish: “Every House has a Door: The word Butterfly” 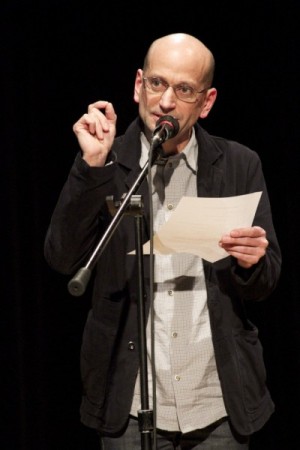 Matthew Goulish in "The word butterfly" during Panel 4. Photograph by Natalia Nicholson.

The final panel, Lin Hixson and Matthew Goulish, give a collaborative performance-lecture “Every House has a Door: The word Butterfly,” on the very subject of Performance Lecture as form. How can these two words augment and repel each other? Goulish and Hixson took the audience through a chronological account of childhood, high school, and college memories. One such memory was an experience of show-and-tell, in which a classmate of Goulish narrates an episode of Batman, the TV show, instead of bringing in a toy. Disoriented, Goulish remembers thinking, “Did he [Jeff] think his telling would be as interesting as…the actual episode?” Goulish interpreted this as his first witnessing of performance, where Jeff’s adaptation became a shift in medium, making the event entirely new, like an object of performance.

Near the end of the hour-long collaborative composition, Hixson and Goulish recognize that the audience must get to a point of fatigue in order to come full circle. Goulish offers a Martin Creed quote from memory, “…I quite like the end. But we’re usually tired when we do it, because we do it last. So I thought we’d do it first tonight while we’re still fresh. I find it quite difficult to start, I also find it quite difficult to end. But we have to start before we end. We can’t end if we haven’t started. But anyway… now we can start.” 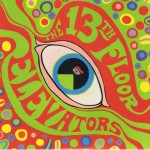 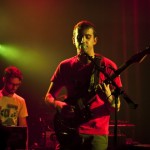