Bearing arms in the Windy City.

Bearing arms in the Windy City

When I first moved to America, I considered the cultural differences between my home and this new, slightly stranger land. The right to bear arms, protected under the Second Amendment of the U.S. Constitution is a quizzical issue for foreigners who would say, “Well, if you don’t like the law, you can just abolish it.” Constitutions are fluid in many countries, but not in America. So, for my third annual 25th birthday, my father gave me lessons in “Self-defense with a Pistol” and I was hooked.

I press my hips against the wood. My hand runs along firm contours and I let out a small but audible sigh. Just under eight inches from back to front – not bad. I take a deep breath and feel its heaviness. My fingers wrap around slowly and it sits comfortably in my grip. My weight sinks through my knees and I feel the charge of potential energy housed up against my clammy palm. I’m ready, loaded. Leaning over the counter, I squeeze one off and feel a shrieking shiver in the core of my spine. After ten rounds, I eject the empty magazine and slowly put down my gun.

The first time I shot, I was so nervous I forgot which eye to look through, but Emily is doing well. Not only is she loading her magazine by hand, but she’s not flinching every time the ten-year-old on the other side of the range rapid-fires his daddy’s shot gun like he’s seen in the movies. The old men who come there to shoot every Wednesday night eye us, but keep their distance. As my own father says, “Never mess with a woman holding a pistol.” 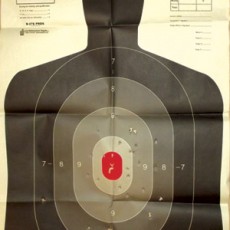 Earlier, when we stepped out of the February mist and into the gun shop, I was suspiciously numb – with fright or with boredom, I’ll never be sure. The shop was filled with brightly lit glass cases, pristine and polished. On each shelf was the fur of a very dead and very unfortunate animal, and on top of these were the firearms, sitting neatly in a row. In the stale air of the store I could hear the strained screams of each sidearm’s matte black finish as they struggled to glisten like precious gems in the crisp white light.

I look at the guns for rent, most of them semi-automatic. It’s somewhat difficult to own a firearm in Illinois, near impossible in Chicago, but outside the city, under controlled circumstances, the world is your tin can just waiting to have a bullet shot through it. I look at the assortment of pistols and settle on a Glock 19 for me and a Glock 17 for Emily. They are not the nicest weapons, but easy to shoot and load and they rarely jam. Behind a thin wooden door, we hear shots ringing out as magazine after magazine is emptied into the rubber walls. The smell of gunpowder lingers in the air. I smile at Emily.

Sign here, here and here, young frightened child, if you want to shoot a dangerous weapon into the back of a room lined with concrete and rubber. Or, alternatively, if you’re from another state, just leave your dubious ID by the door and take this gun.

The old men who come there to
shoot every Wednesday night
eye us, but keep their distance.
As my own father says, “Never mess
with a woman holding a pistol.”

It’s hard to teach someone how to shoot in three minutes, but I covered the basics: how to load your magazine, the different parts of the gun, that a gun can’t fire without your finger on the trigger, and if you’re going to walk away for a moment, take your pistol with you. Oh, and never take your ear protection off inside the range. Ever. I eye the targets and ask Emily to pick which ones she wants to shoot at.

There’s something unsettling about the targets. You unload a magazine full of hot lead into a helpless person-shaped object. Our friendly neighborhood gun range offered all the standard abstract targets and a bevy of “fun” options. On the extreme end, you could blast through a Nazi zombie – faceless, inhuman, guilt-free. Scaling back the “fun” meant your choices involved the visages of actual human beings. They looked menacing, sure, but ultimately they were the innocent placeholders for real human lives. Were these targets here to aid in realistic self-defense training? Were they here to desensitize the weak-stomached? Were they tools of leisure for the sadistic, misanthropic psychopath? I chose a Nazi zombie. My counterpart chose a surly-looking Caucasian man. I decided to stop my line of questioning.

My own firearms instructor once said that if you wanted to throw someone’s aim, ask them if they breath in or breath out when they pull the trigger. It will confound them, he said, because they’ll be thinking about their breathing instead of their shot. I imagine this tactic works for golf swings, written exams and driving tests.

I was suddenly aware of my breathing as it went from auto to semi-auto. (What was it like to not think about breathing?) My mind was working as a clusterfuck of firing neurons. Don’t breathe, don’t blink, don’t do a fucking thing. Except for shoot. Shoot. Pull the fucking trigger.

My fingers were numb from attempting to manually cram ten rounds at a time into a magazine. I could feel warm, dirty steel running microscopic rips into my fingers. My head was stuffy with flimsy gun store earmuffs. Each recoil sent shockwaves trailing between joints and ligaments into the tips of my shoulder blades. My mouth was dry. My tongue was swollen. My soul was cold.

A lot of people will say that shooting becomes metaphoric for them, that firing a gun allows them to blow off some steam. Indeed, I find myself in moments of acute concentration – the cliché would be meditation, but it’s more lucid. In the end, all that’s left of your experience is the haunting smell of gunpowder on your fingers.

We resurfaced from a tepid nebula of gunpowder and climate control and into a soggy evening breeze. I realized I was a long way from home. It’s a funny thing, catharsis: You can ride it like a wave, back towards the shores of civilization and the sanity of land, and when you look out across the horizon at the place where you began, it’s often disturbing how strong the urge is to swim back out.

Uncategorized From the Hip
« Previous Story 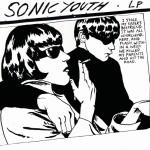 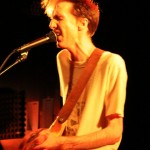