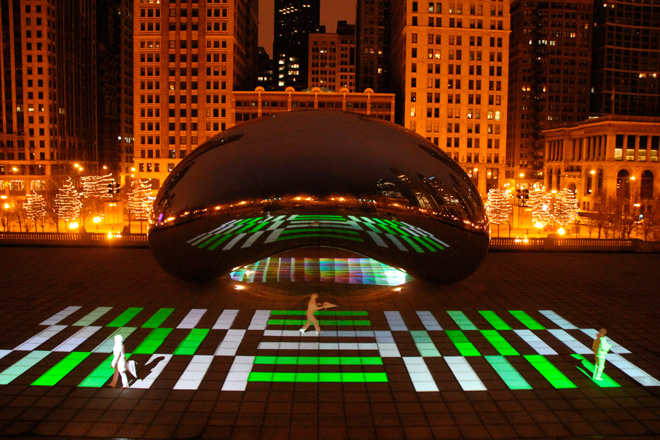 For ten consecutive nights in February, the already trippy city icon “Cloud Gate” got a Bowie-esque makeover by the Chicago-based artistic collaborative Luftwerk. Using their signature site-specific light installation, SAIC graduates Sean Gallero and Petra Bachmaier turned the AT&T Plaza into a colorful “Moonage Daydream.” After several months of work, Luftwerk debuted “Luminous Field,” a captivating display of geometric patterns projected onto the concrete plaza. In a full spectrum of incandescent colors, the square became a digital screen on which the futuristic configurations seemed to move to the rhythm of corresponding sound.

In a full spectrum of incandescent

colors, the square became a digital

screen on which the futuristic

configurations seemed to move to

the rhythm of corresponding sound.

Bachmaier and Gallero knew immediately that the nature of the space would be different from that of their previous work. “‘Cloud Gate’ is such a playful and interactive sculpture, so accessibility informed the project from the beginning,” explained Bachmaier.

Many children in the crowd tried dancing interpretively, while others played games of “capture the light” – they were delighted as one pattern changed into the next and the various shapes and colors sporadically appeared, moved and disappeared.

Luftwerk has received international attention over the past decade for their lyrical and visually striking multimedia installations. Creating ethereal “lightscapes” that play off of surface materials to showcase the essence of various environments, the pair has been chosen for high-profile commissions across the globe. Though they largely employ digital tooling to create meticulously tailored video and light shows, the two artists credit the success of their work to the very human aspects of the artistic process.

“We don’t rely on technology for our work – there are certain tools we might favor, but the possibilities and limitations depend on our ability to creatively conceptualize ideas within a given context,” explained Gallero. Space and materials within each individual site act as the driving force behind their projects. “This is why [Luminous Field], for example, had such a unique aesthetic,” said Bachmaier.

Polite and soft-spoken but confident and insightful when discussing their artistic vision, German-born Bachmaier and New York-bred Gallero seem to operate seamlessly as a single creative unit. Meeting as undergraduate students in 1999, the artists realized that they had an immediate and profound connection – a relationship they have been fostering ever since. “We are really lucky to have found each other,” said Gallero. “The endless fundamental exchange of ideas keeps us inspired and focused.”

Installing temporary projects in permanent settings, the artists are constantly aware of the need to create a balance between the fixed elements in any given environment and their ephemeral installations. As a result, Luftwerk’s installations enhance the existing sculptural and architectural context without consuming it. Bachmaier and Gallero were contacted last year to do a project at Fallingwater, just south of Pittsburgh, for the 75th anniversary of the famous Pennsylvania residence designed by Frank Lloyd Wright. The resulting installation used video projection to highlight the architectural plan of the iconic residence’s cantilevered terraces. Elegant white outlines projected onto the outer edges of the structure, elucidating Wright’s masterful architectural plan. Exciting but respectful, Luftwerk constructed a dazzling display for the spectator while still allowing Fallingwater’s poetic materiality and form to remain in focus.

“It is important to create a dialogue between our work and its context,” said Gallero. “This gives our work the ability to open the site up to the possibility of new realms of perception wherein the audience might see things that, maybe, weren’t obvious before.” Bachmaier added: “We sculpt our work to fit the space so that the interaction of sculptural ideas can be seen on the surface of the site.”

Though the two artists stay focused on the project at hand, they still make time to talk about work that might seem like a distant pipe dream. “We’ve actually talked out how amazing it would be to do something in Antarctica,” said Bachmaier, smiling. 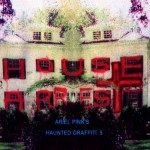 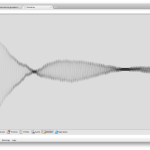 The System Sound Strikes Back

One Response to Capture the Light