Your Mother, the Washing Machine 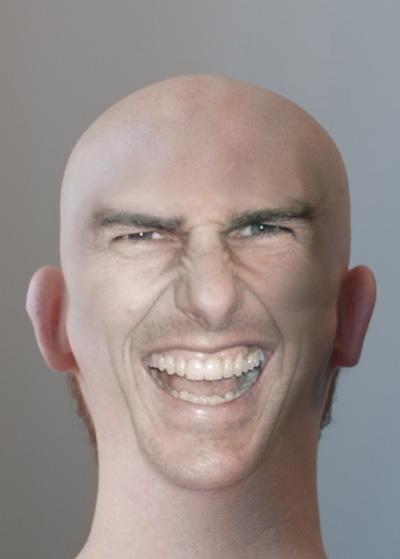 We have to go in prepared. I don’t want to spend the next two years receiving home visits, getting pamphlets in the mail, or entertaining enterprising young missionaries who thought that today was the day to take out a fay, young Catholic man. How do we become people who seem like good candidates for Scientology?

The holidays are just around the corner and we’re musing about what religion means. Our conversation eventually comes around to Scientology. What is it all about? How do Scientologists celebrate the holiday season? Our curiosity overcame us.

“K —,” I said to Georges. “Do I look like a K —?” I was sitting in a strange place that served sandwiches with a side of rice. The bacon was made from gluten. The sign out front was a carrot. Appearances were important.

It was a cold concrete kind of afternoon. Saturday, when the strollers come out, I was wearing my Sunday best. The wind was whipping up a weird vibe – or maybe it was the jitters. Jesus, fuck the strollers. I reached out to the south and found a place where I felt more in place feeling out of place.

“What’s the difference between a cult and a religion?” I ask. Emily looks at me long and hard, then mutters, “I think the difference is a question of time.”

It’s amazing how quickly the conversation went from a self-help program flyer to a pregnancy fetish cult rant, written in blood on the wall of a hotel room.

Our lives were suddenly placed on the back of a junk mail envelope, scribbled into the bleached wood pulp like a bad dream on a bar napkin. K —. Could this person ever exist? Did they already? Maybe these were the faces of Scientology that don’t make it onto the promotional trailers or get name-dropped by fellow high-thetan glitterati. A strange event planner from Springfield, in town to visit family. I shuddered at how many ways I identified with the character.

When we stepped out onto the street, we didn’t know what to make of anything. There were everyday people doing everyday things – people buying furniture, people having lunch – I suppose you could count people believing in what they believe in too. We walked by the storefront, which was filled with the kind of dramatic clip art they turn into covers for checkout aisle romance novels. I grabbed the brass handle of an old wooden door and pulled – this was it.

You’re going in? Oh, you sonofabitch! What do we say? What if they keep us? What if they figure out we’re merely curious? My eyes are wide as we approach the front desk.

“Hi, we’d like to know more about Scientology,” Emily says. Goddammit, this is it. They’re on to us.
But the lady, a stout, friendly sort, smiles widely, and before she can get up to go get “someone,” another member of the church has heard our request and is racing towards a back room. Before long, a friendly, groomed man appears and asks us to take a seat.

This was a church, but it wasn’t like any church I had ever been in. Everyone was dressed for business, not worship.

Everyone was darting in and out from crevices in the hallway. I was sitting like a stooge on gaudy upholstery while a carpenter named Jesse was pitching his belief system to me, nonchalantly using outdated racial terms.

Emily was referred to as “oriental.” I didn’t know people even used that term anymore, except to describe an —ism or a rug pattern. Or maybe salad dressing.

Jesse is explaining to us the history of the church, how they came to be, and how, like every other religion in the history of time, they too have been persecuted. Are we persecutors too? Suddenly, he turns his gaze to me and begins to focus in on the heart of his argument:

“Imagine,” he says, “You’re in your mother’s womb, and you’re parents are … enjoying themselves. And your mother,” his voice gets quieter, “your mother is screaming about how much she likes what your father is doing to her. And you’re there in the washing machine, goin’ round and round. You may not even be conceived yet, but you remember.”

It’s hard, but I’m keeping a straight face. It’s amazing how quickly the conversation went from a self-help program flyer to a pregnancy fetish cult rant, written in blood on the wall of a hotel room. My face is frozen, fixed to Jesse. There’s no hint of shame.

I nod my head in feigned agreement. If any of my sexual dysfunction was caused by my mother in-utero, I have no desire to discover it’s exact origin. There is madness in knowing all the answers.

Leaving the center, neither of us knew when it was clear to speak. We exchanged worried glances on the way to the car, not knowing what to say or when to say it.

Why were all the examples about being a child or adolescent? The washing machine of my mother’s womb. I shudder as we go over the details of the conversation.

30 minutes later our strange paranoia is absolved by alcohol. There are four olives in my martini – bad luck to put an even number, you know.

But only one cherry in a Manhattan. It’s really better that way. 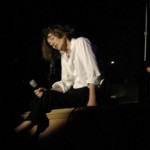 One Response to Your Mother, the Washing Machine