Unless a meteorite hits the earth first or the rapture finally happens, 2012 will bring a wave of presidential elections, along with the intensification of their already overwhelming campaigns. Watch out for the political changes in:
US (Vice President, Senate and House of Representatives as well)
Finland
Mexico
France
India

Following the process is important since the newly elected members will make key decisions on changes in the international system after the revolutionary mobilizations in the Arab world, the economic crisis in developed countries and the rise of emergent regional powers.

Another recession and 9.5% unemployment

As if the horizon wasn’t dark enough, Goldman Sachs economists say there is a 50% chance that 2012 will bring a brand new recession. They consider as well there is a 40% chance that the unemployment rate, which is currently 9.1%, will reach 9.5%. Good luck to us all with that!

Fly to your escape on the cheap

If everything continues going awfully, we might at least have a new, cheaper option to fly away and never come back. Scoot, the new airline of Singapore Airlines Ltd., will start working in mid-2012 with fares as much as 40% cheaper than full-service carriers. It will initially fly to Australia and China and will add destinations as its fleet expands. Lets hope it grows fast enough. …

But apparently, not even a space shuttle would take us to a better place. Surprisingly the long para-scientific concern about the year 2012 has surprisingly been backed up by a report from the Space Studies Board on the adverse effects of extreme space weather on modern technology: power grid outages, high-frequency communication blackouts, spacecraft anomalies, etc. After all, something nasty might actually be cooking out there. 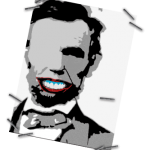 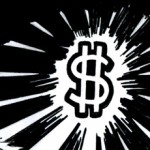