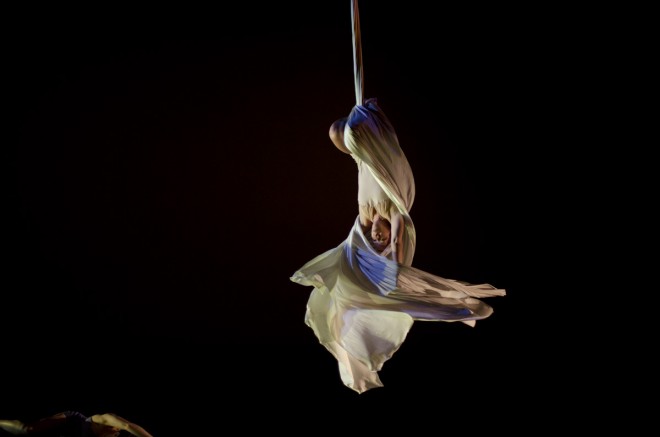 Dance is an intermediate between fluid movements producing drama and gymnastic-like mountings that constantly create a tension between gravitation and flying. These elements were brought out in all their glory at the Aerial Works Raw 1 program by Aerial Dance Chicago on December 3rd,2011 at 2014 West Belle Plain.
The Works, with choreography by Karen Fisher Doyle, Chloe Jensen, Linnea Schlegel and Tracy Von Kaenel were unique in their handling of the suspended apparatus, either a pole or a fluid shape (like a swing, a piece of fabric, etc), and the sequential movements on the floor. The performance started with a cone shape in a performance titled “Blue,” where the subtle musical movements on the piano capatured the trajectory of moving water and the rotational textures in space were matched by the movements performed mid-air on the suspended cone. 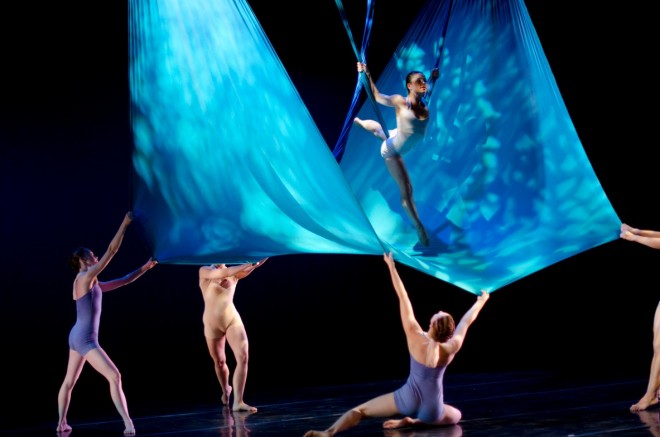 Each performance was a commentary on its title, interspersed with new aerial mechanisms carefully set up before the beginning of the dance piece. A curious piece was “On the Rise,” where dancers lifted up their bodies from the ground and, upside down, matched the linear movements of the suspended swing. A few pieces later, Chloe Jensen performed her self-choreographed “Gravel Road,” where movements by Chloe Jensen matched the sensorial impacts of the single rope until she attached herself to it and became the road. This was a curious element of the all the dance pieces, where the artists became geographical manifestations of the title of the piece.
The only criticism of the performance, other than the marginally repetitive movements, was the general coldness, which is more a comment on  aerial dance than this performance. This critic found that there was an absence of a culmination of mood in favor of fragmented movements that created a sense of awe, which didn’t really go anywhere.In the last performance, “State of Being,” the physical consciousness of the entire group created an experiential sum of the movements choreographed. It seemed like the dancers intention was to make each movement stand out from the totality of the piece. 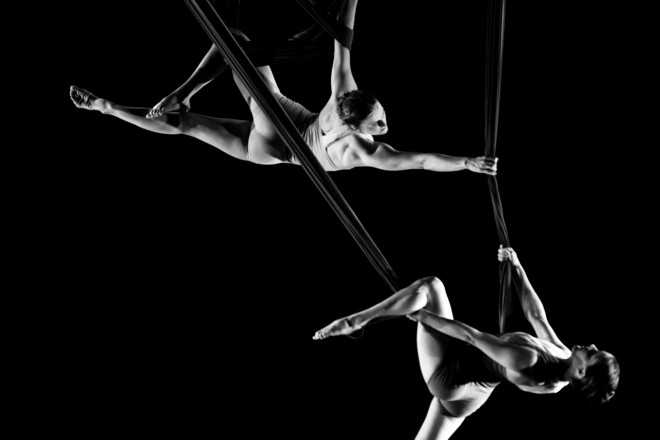 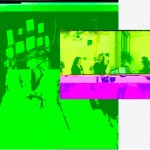 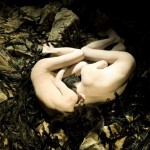 Naked, Slow, Intense: Eiko and Koma at the MCA