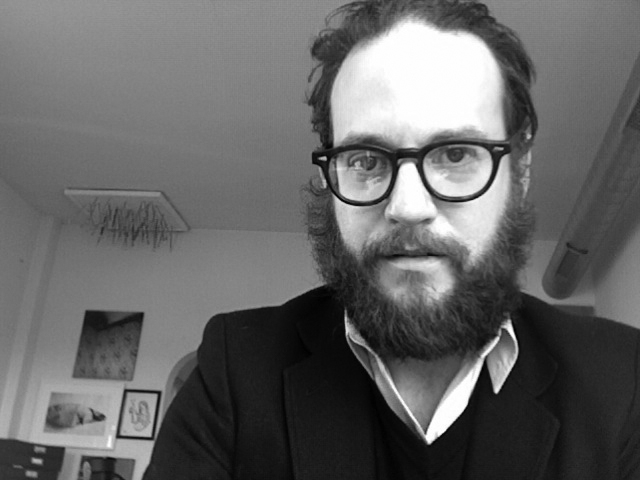 Jason Lazarus, Courtesy of the artist.

Artist and SAIC adjunct faculty Jason Lazarus is a busy man these days. With two shows in Chicago, a residency and a feature-length film, time is definitely a commodity. Lazarus is now serving as the Kennedy Visiting Artist-in-Residence at University of Southern Florida in Tampa Bay. He took some time out to discuss all of this with f  Newsmagazine.

Jason Lazarus: Florida is an amazing chapter so far! It’s been perfect to go from one geographic, cultural, art and institutional model to another. It’s basically been an opportunity for me to peel out in every way. I’m trying to make the most of it and it’s becoming important for me in a way I won’t even understand until I’m back in Chicago.

Patrick G. Putze: Sounds like Hemingway when he writes that he was never able to write about Paris being in Paris…only until he was back in the States?

JL: Yeah, yeah…that’s as right as anything that guy ever said! I’ve come in as an anthropologist and a student of the narratives that are unfolding here and honing into these potent little ones that potentially represent bigger national narratives that I can’t access as well when in Chicago.
Largely, up to this point, my trip has been a lot of final planning for “The Search,” literally traveling back and forth to Chicago to mount the project—coordinating the crew and working on the curated conversations and soliciting performers for the steps.

“The Search,” which just closed at Andrew Rafacz Gallery on October 15, is a large set of 10 steps that is built to be reminiscent of a pyramid, bleachers or a ziggurat. The work contains an inner space for dialogue between participants and an outer space that beckons audience involvement during curated performances.

PGP:  Tell me what led to your creating “The Search” and what’s happening with it. 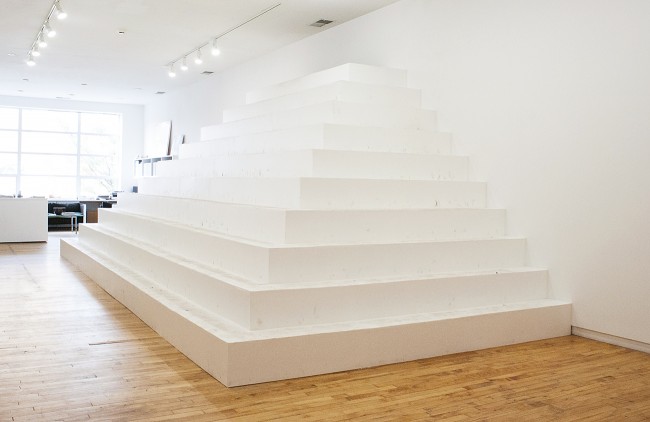 The Search, Jason Lazarus. Installation detail. 2011. Courtesy of the artist.

JL: I’ve been trying to find a way to give the viewer an experience in a new way. “The Search” on the surface feels like a jump, but really isn’t. It’s a continued investigation into creating, building, and sorting histories that are personal or public. In this incarnation, the steps become a means, an end, a membrane and they become productive in and of themselves. They’re a curated path and armature that’s designed to have a long life after this show.

PGP:  That’s interesting because it’s not a piece you created and you’re just done with it.

JL: Well, most of the piece and it’s meaning is going to be created after the show at Andrew Rafacz. I’d love to see this piece travel outside of the States. I’d like it to go to Israel to an institution that would really leverage it as a cultural/political/poetic intersection.

PGP:  Do you think “The Search” can be a successful tool for individuals — or groups — to convey their messages in a new way?

JL:  It’s a tool, so who’s to say? It depends on the host institution or programmer. I think because it enables private two-person conversations alongside a specific kind of staging for public programming its capability for traction is unique. All change is incremental, and it’s happening all around us continuously, and I think the installation strives to be a part of that.

PGP:  So it’s as traveling exhibition?

JL:  Actually, that’s a huge part of it. I think on the surface it’s a distinct departure for me. I’m learning and meeting new people and then leveraging these relationships with the ones I’ve had for years in Chicago. It makes sense for me to curate it here, but the second it leaves; it makes sense for someone else to take it over.

PGP:  Are you ok with giving up that control?

JL:  Oh yeah! Yeah! Most of my favorite work is about giving up control of the work in some ways and I think that’s just because I’ve been interested in conceptual practices for years and not interested in the artist as some totalitarian author of content but as a sort of generator and organizer.

PGP: What else are you working on?

JL:  Well, up next is a movie project comprised entirely of animated .GIF graphics files, recorded onto celluloid film, called “twohundredfiftysixcolors.…” That’s starting to demand a lot of focus and will until its release in the late winter/early spring. I’m collaborating with Eric Fleischauer, who teaches at SAIC in the Film, Video & New Media program. We’re also working with a curatorial assistant on the project, Theo Darst ,who is a student at SAIC. Our website launch is potentially tonight so we’re pretty excited. 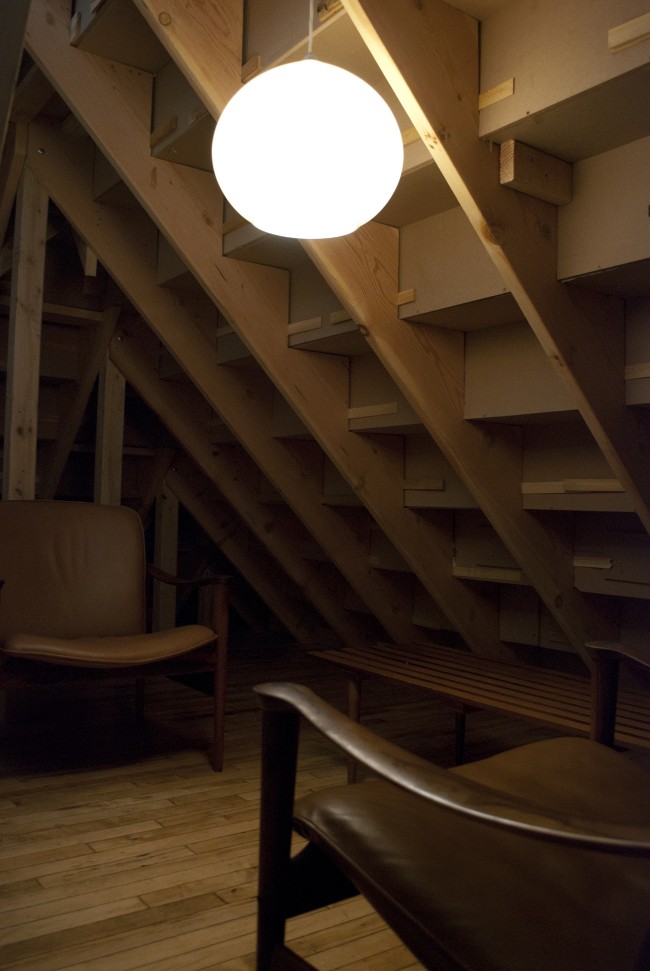 The Search, Jason Lazarus. Installation detail. 2011. Courtesy of the artist.

PGP:  What’s the crux of “twohundredfiftysixcolors?”

JL:  The film should contextualize artistic practices within years of Internet memes. The GIF started as a signpost that occupied part of a screen, pointing you toward something else.  Now the GIF has swollen to a bigger size, often times full screen, and becomes the end product or the end result of an artistic gesture. We’ve been inviting people to submit original animated gifs, recommend their favorite GIF makers, and simultaneously, we’ve been scooping up things off the net that we find interesting. For the month of October, we’re doing an open call for people to submit to the project.

PGP:  What a great way for artists to get involved.

JL:  Yeah, the whole school [SAIC] should know about it! It’s a great way to become involved in something that we feel is a really ambitious project and a subjective imagining of a GIF history and practice up to the present day. A lot of artists are taking GIFs really seriously these days. It’s a great level of investment on our part and the viewer’s part.…It’s definitely going to be different and really exciting. 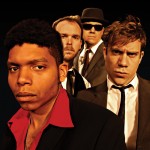 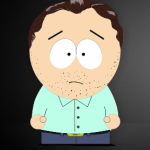