A look at “The Interrupter’s” showing this month at the Gene Siskel Film Center. 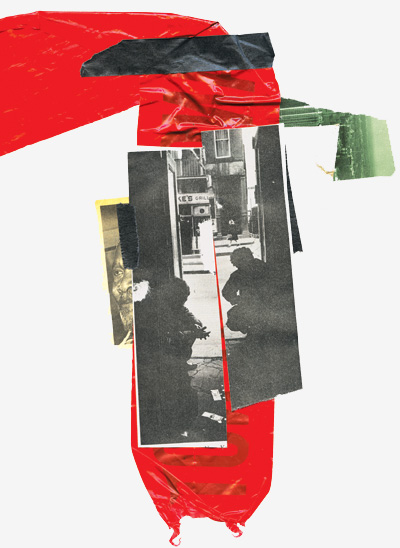 A bright orange crowd of protesters marches down the street of Roseland chanting: “Cease Fire! Cease Fire! Stop the Shooting! Stop the Shooting! Stop the Killing! Stop the Killing!” The radio echoes in the background, “124 people shot this year, one each day, about the number of Americans killed during the same period in Iraq and Afghanistan.” In front of a 13-year-old boy’s small memorial of stuffed toys propped against a car, a crowd has gathered. “This is what a war zone looks like,” declares an elder from the community, “We can’t be quiet no more.”

“The Interrupters” by Oscar-nominated director Steve James (“Hoop Dreams”) and award-winning author Alex Kotlowitz (“There Are No Children Here”) is back by public demand. Setting a record for an all-time box office hit at the Gene Siskel, the film returns this October for a two-week run.

The documentary follows three ex-gangbangers through the streets of Chicago’s toughest neighborhoods. Ameena Matthews, Cobe Williams and Eddie Bocanegra have each served over a decade in prison. Stepping out of the cycle of drug trafficking, violence and murder, they have transformed their lives and now walk the same streets as violence interrupters. Their job is to intervene in conflicts before they escalate into violence.

The film opens a window onto the murky underbelly of Chicago. “We didn’t go in knowing the answers we needed or wanted,” explains author-turned producer Alex Kotlowitz. 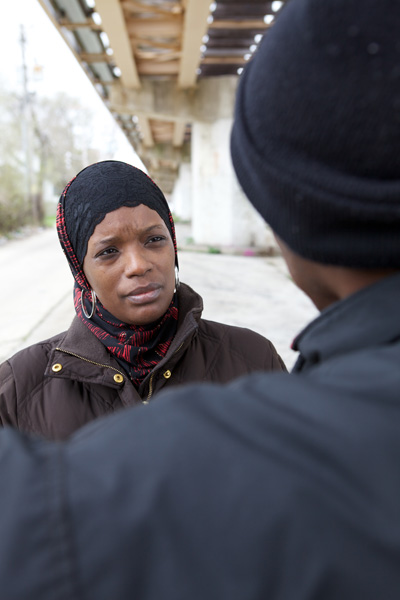 “We viewed it as an exploration.” Haunted by the city’s epidemic of violence, James and Kotlowitz sought to immerse themselves, and by extension the viewer, into communities where violence has become the everyday.

“The audience for this film,” admits Steve James in a conversation with F Newsmagazine, “is people who live in communities like Englewood, and people who don’t live in communities like Englewood. For those directly affected by the violence, it is a powerful experience to see something that they live with day in, day out represented on screen and to a wider world. On the other hand, people who don’t live in these communities still want to be informed, want to know about what’s going on and try to understand it.”

“It is important to see this as a problem that is not confined to poor neighborhoods,” he insists. “It is a problem that we all bear responsibility for and have an obligation to change.”

As I waited in a line that overflowed into the narrow galleries of the Siskel, I felt an excitement and urgency in the crowd that I had never experienced at the cinema before. We all waited in anticipation 30 minutes before the doors even opened. For the first time, diversity reached beyond the leopard prints, green hair and asymmetric side-swept bangs of SAIC students. The audience was black and white.

James recognizes the unique potential of documentary film to transport the audience out of their everyday life, out of their community, out of their class, to places different and strange that they otherwise wouldn’t understand.

Filming was dangerous for the small crew that followed the three interrupters into the heart of seething disputes. It was more dangerous for Ameena Matthews, Cobe Williams and Eddie Bocanegra, who committed themselves to brutal honesty, intimacy and vulnerability, and bared their personal lives for the audience to scrutinize. 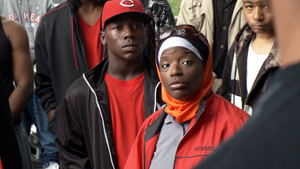 The interrupters are part of CeaseFire’s violence prevention program. The organization relies on the involvement of former convicts with considerable street cred like Matthews, the daughter of Chicago’s most notorious gang leader Jeff Fort. The reputation and connections of the former gang members allow the violence interrupters to mediate in conflicts on the front end.

“Violence is an epidemic – one that behaves with the characteristics of an infectious disease,” argues CeaseFire at UIC founder Gary Slutkin. His epidemiological model stands in stark contrast with the film’s approach to humanize and emotionally understand the problem of violence. For 10 years Slutkin worked in Africa and Asia to combat tuberculosis, cholera and AIDS. In 1995 he returned to Chicago to apply disease control methods to the plague of violence in the city. “That violence is an epidemic is not a metaphor,” Slutkin argues in The Guardian, “it is a scientific fact.” We must prevent the transmission of violence from person to person by attacking the disease at its source.

Far from confronting the deeply rooted and complex origins of violence, CeaseFire is a band-aid that must be constantly reapplied. Professor of Criminal Justice at UIC John Hagedorn criticizes the program because it ignores structural contributors to violence. Looking beyond the immediate causes of outbreaks of violence, we begin to unravel the messy web of poverty, racism and oppression.

I asked Hagedorn what he considered the source of Chicago’s rampant problem of violence. “Some of the things we must examine are apparently unrelated, like the state of housing within a community. I’m not sure the best solutions are the most direct solutions.”

The 1980s introduced a new drug on the market — crack cocaine — leading to an escalation of violence across America. Unlike cities such as New York, where the stabilization of the crack market brought a drastic reduction in violence in the 1990s, high homicide rates in Chicago did not fall.

Hagedorn connects Chicago’s escalating levels of violence to the destruction of the high-rise public housing projects.

“In New York there was a huge influx of money to stabilize public housing. What did they do in Chicago? They ripped everything down. What did that mean if you’re selling at Robert Taylor Homes and you’ve got to move to Roseland? What did that mean? You’re coming in on my turf! All hell broke loose. You’re moving into my neighborhood and saying ‘Cut me in on a deal’ and I say ‘Nah, not a chance. There ain’t enough to go around.’ And there was fighting.”

Producer of “The Interrupters” Alex Kotlowitz acknowledges the need to confront structural contributors at play in the complex problem of violence — poverty, lack of education, and social and economic injustice. “What you see in these communities is the lack of opportunity. The film shows how important jobs are to Lil’ Mikey and Flamo, yet work is virtually absent. These are communities in which the American dream is a fiction.”

Ceasefire’s approach is inadequate faced with the vast problem of violence. It is difficult to see last-minute interruptions as tackling the problem at its source and effecting long-term change. “Gangs,” Hagedorn argues, “are socially constructed by a compliant mass media as the demonized and dangerous ‘other’ and become a threatening ‘enemy’ that must be removed by any means necessary.”

“The Interrupters” presents an alternative portrait. “Unlike the daily journalism of reporters and news, we had the opportunity to spend 12 to 14 months on a story. We had the advantage to take more than just a snapshot. I don’t think of myself as a journalist,” admits director Steve James, “I think of myself as a non-fiction storyteller. I’m trying to tell a true story with as much nuance, complexity and understanding as I can bring to it.”

Alex Kotlowitz reveals how the process of filming challenged his own assumptions about black gangsters: “We met Flamo out on that porch. I remember he was drunk, he was agitated, he was carrying a gun, he was ready to go off and kill someone. In that moment he was what we all imagine so many young men in these communities to be — filled with rage and anger. What I came to realize as we began to spend time with Flamo is that here was a guy for whom anger wasn’t necessarily a permanent state of mind.”

“The Interrupters” invites the audience to abandon their notion of the “other.” Director Steve James explains how he gained his subjects’ trust, “When you are no longer sitting in judgment on them, when you are not coming with all these preconceived notions, when you are trying to understand, then people are willing to reveal themselves.”
Resources:

Uncategorized A Flower Between the Cracks
« Previous Story 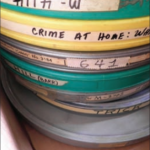 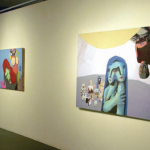