Prior to social media, no one would confront you about why you lost touch. It’s paradoxical to confront someone about not being a part of their life.

This is the conversation I had with my brother this morning:

Sarah: Alex, has anyone ever confronted you about about why you’re not Facebook friends with them?

Alex: No…wait! Yes. My friend Jen* said some really mean things about me to my girlfriend once, so I unfriended her. Then like 6 months later, she re-added me and I ignored it. Then like a week later I got another friend request from her and I was like “Ok, FINE! I guess this is really important to you.”

A: And that was 3 years ago and I haven’t heard from Jen since. At all.

S: So what if you delete someone? Facebook isn’t a real space, it’s virtual. It doesn’t preclude the continuation of a relationship in real life. Is it the equivalent of walking away from someone at a party?

A: I think we’ve come to a point where being friends with people on Facebook does preclude any personal relationship. You meet them, you friend them, there’s an open line of communication between you now.

S: But what about people who aren’t on Facebook?

A: Their existence is fading.

S: I don’t know how to respond to this situation. Prior to social media, no one would confront you about why you lost touch. It’s paradoxical to confront someone about not being a part of their life.

A: You don’t have to respond. That’s the whole point. If this were a letter to an address you were no longer living at, then it would just get returned to sender. If it were a phone call to a number you no longer owned, the caller would receive an out of service notification. You can still try to be out of reach. The internet makes it hard, but not impossible.

Lars and the Real Girl has something to say about this… 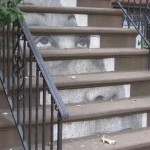 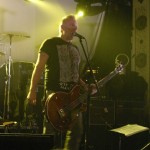