Although BHQFU hosts “real classes in real spaces,” the Bruces don’t like to think of it as an institution so much as an ethos.
“Anyone can start a class anywhere, anyone can have an educational experience with a work of art, with another artist. Anyone can host a meeting to research and critique ways artists are learning together and from each other. That’s what we did when we came to Chicago [during the Teach 4 Amerika tour] and it was very useful to us,” they said.

Adelheid Mers, Chair of the Arts Administration and Policy program at SAIC, had a different impression of the Bruces when they stopped in Chicago during their tour. “Compared to the much more thoughtfully presented introductions of their aims, interests and practices by Chicago groups who were present at Roots & Culture that evening,” Mers remarked via email, “BHQF seemed painfully uninformed, and not particularly interested in learning from their largely more eloquent and better educated peers.”

Having heard so many different opinions about BHQF, I wanted to attend one of their New York City-based classes to find out for myself what they were really like. When I emailed the instructor for the BHQFU Writing Group, which the website says is held every Sunday afternoon, I got a response that said: “We’re actually not in session at the moment. I will get back to you when we are.”

The other courses advertised on the BHQFU website include Drawing Extensions, The Language of Love: Intro to Italian, The Artist at Work, and XXXtreme Performance Studies. The course descriptions sound promising — The Intro to Italian course even suggests, “Wine, food and film might also be included!” However, it seems that BHQFU courses depend on when the instructor feels like teaching them, and when participants feel like attending them.

If this all sounds good to you, you might be asking yourself, how can I incorporate the ethos of the Foundation into my own debt-inducing, degree-earning education? The Bruces smugly advise you to read the William Carlos Williams poem, “A Sort of a Song

Is it bullshit? Maybe so. But at least it’s free bullshit — no loans, textbooks, or theses required. 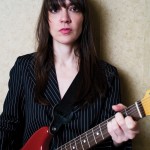