Is there a disparity in resources available to the two degree programs?

“We are all artists and scholars,” proclaims a recent SAIC advertising campaign. When asked how she feels about her place at SAIC, Art History graduate student Hanna Yoo points to that phrase, urging everyone to remember that “artists and scholars basically share the same goal.”

If the strain of insistence seems odd, it isn’t unusual when compared to other responses from MA students. According to Mia DiMeo, a recent graduate from the New Arts Journalism program, the school needs to work harder to promote awareness of her program, “so we’re not looked at like total aliens by faculty and peers.”

It should come as no surprise that, at an art school, students seeking a degree in a field that can’t be qualified as studio arts might feel precarious about their place. But how far does this feeling go? Does it verge into factual territory? When it comes to resources like funding and opportunities, are MFA students actually being favored over their MA brethren?

Such an immense question will obviously draw a variety of responses, depending upon a student’s position and program. However, student testimony quickly coalesced around two main issues: the allocations of opportunities and of space.

“In my two years at SAIC, I was constantly seeking TA-ships, travel grants, and other funding that I saw go to MFA students, as well as more recognizable and established MA programs, like Art History, Theory, & Criticism,” claims DiMeo. “I was told time and time again that awards and jobs are given by merit and experience, but that’s simply not always the case.”

Anna Wolak, Mia’s classmate, concurs: “Many of my friends in MFA programs across the U.S. receive either stipends or graduate assistantships. Since New Arts Journalism does not have a corresponding undergraduate program, TA-ships are limited to other departments.” According to Wolak, this exacerbates the difficulty of simple activities, like buying supplies — a difficulty that, according to her logic, would weigh less upon the students of more well-funded departments.

However, Mary Jane Villamor, a recent graduate with an MFA in Writing, casts doubt upon such claims. “All TA positions are posted on Launch and are open to all eligible students to apply,” she points out. “It is is never listed in ‘minimum requirements’ that a student should be an MFA student versus MA. The MFAW department, for example, has no ‘promised’ TA positions.” While she concedes that certain departments do try to arrange TA positions for their students, she believes that the specificity of the courses and the high skill-level demanded from their instructors necessitates a TA from within the department. In her opinion, the distinction has more to do with talent than it does with earning a certain type of degree.

Of the departments surveyed in this article, Painting and Drawing and Photography were the only two that admitted to arranging TA-ships for its students. “Generally, a grad who wishes to TA will be awarded a TA-ship at some point during their MFA, sometimes more than once,” says Eric Lebofsky, Administrative Director of the Painting and Drawing department. 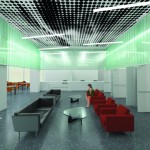 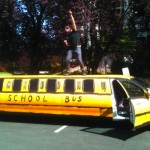