Ringer tees and bowling shirts, anyone? 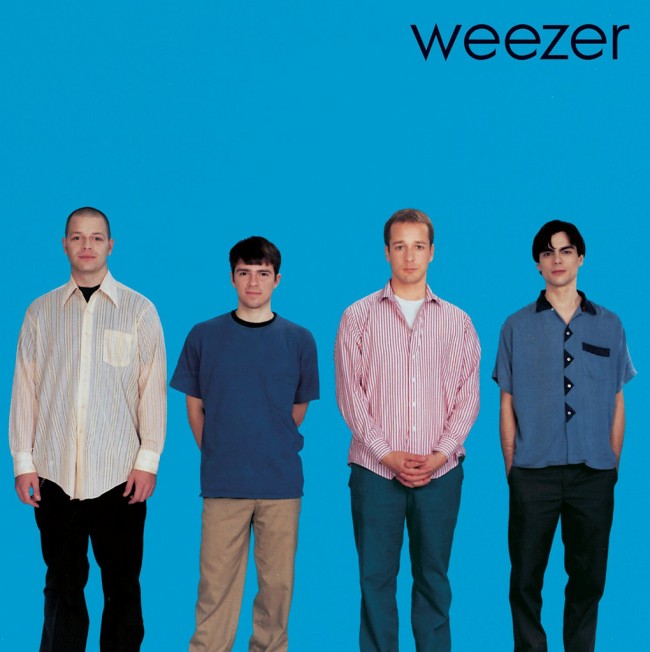 Believe it or not, despite present transgressions Weezer was actually a reasonable band to be a fan of.  Long before the Gaga covers, or the awkward cowboy hat, or “raditude”, or the bassists filing lawsuits/going crazy, this was a band of humble beginnings writing about what they knew: shining their own geeky light on the world.  Weezer might not have been the first band to explore nerdy concepts, but their first self-titled album, otherwise know as The Blue Album, was one of the first to do so in such an anthemic fashion.

Looking back on the solid 90s anti-fashion on the cover (ringer tees and bowling shirts, anyone?) it’s not hard to picture the kind of clique these guys could have formed in high school.  Everyone had that group somewhere on the quad, playing Dungeons & Dragons in between advanced placement classes or discussing Ender’s Game to unbelievable detail, but what the cover states is so plain to the eye that it might be hard to notice it at first.  It’s just four guys as they are, with no stereotypes or agendas present.  Three years prior to the Blue Album in 1991, the message of Nirvana‘s own self-defining call-to-arms rang out to disenchanted teens: “Come as you are.”  Weezer took the message and ran it in a different direction; not with patched flannel or ripped jeans, but with their keen vision of the other set of outcasts present on the playground.

I would be hard pressed to write anything about this album without including Weezer’s first full-fledged stadium stomper.  Perhaps as a reaction to the popularity contests inherent in life, the band writes this song with absolutely no continuity in mind, babbling nonsensical phrases from line to line that tell a faint story.  It’s actually the title of the song (“Buddy Holly”) that lends a theme to the sound of and the video for the track, which seems to cover an episode of bullying.  Absurd but loveable: that’s the feel of early Weezer we can all get behind.

“In The Garage” covers the idea of a safe haven for the band, something important in the life of those persecuted high schoolers who may identify with Rivers Cuomo et al.  It may also be the easiest song to view in context of what I mentioned before since it mentions loads of names presumably held as hallowed in the eyes of Cuomo.  We get a unique glimpse in the life of the band as the list reads on: Kitty Pryde & Nightcrawler (X-Men) and Ace Frehley & Peter Criss (lesser known members of Kiss), along with mentions of a Dungeon Master’s Guide & 12-sided die (Dungeons & Dragons).  Perhaps even more poignant is the inclusion of the song “Holiday” immediately after “In the Garage”, where Cuomo realizes the space by singing, “Let’s go away for a while / you and I / to a strange and distant land / where they speak no word of truth / but we don’t understand anyway.”

Quirky, loveable and obsessive: aren’t these the qualities we value greatly today in our current nerd-based society?  Weezer had the aesthetic down pat, singing to crowds of the downtrodden millions sitting out the prom and watching Doctor Who reruns (Tom Baker or David Tennant?).  Although it didn’t seem like it at the time, the hybrid-nerds that Weezer portrayed themselves as are the types that run to world today.  Long after “In the Garage” mentioned X-Men, Kiss, and D&D, all three enjoyed some time in the spotlight in one way or another: The X-Men story has spurred five films to date (for better or worse); the epic fantasy aesthetic has spurred film adaptations of Lord of the Rings along with its copycats; and all of a sudden Gene Simmons is a reality TV star.

But even with all the hubbub about the rise of the nerds, it’s just a shame that albums with as much understated power as Weezer’s first and its beautifully plain (and possibly prescient) album portrait are hard to come by anymore. 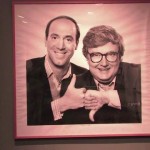 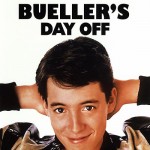