I recently finished my “blogger-in-residence” stint on the Art21 blog. In my “Skype mashup interviews with new media practitioners” I featured four artists (Evan Meaney, Evan Roth, Elisa Kreisinger & Todd Bailey) who in my opinion are doing some of the most interesting/innovative/engaging digital work today. For convenience I’ve reposted the interviews below, but you can also check these out on the Art21 blog.

Evan Meaney is an artist, curator and educator currently teaching time-based media design at the University of Tennessee. His practice dives into the “liminalities and glitches of all sorts, equating failing data to ghosts, seances and archival hauntology.”

At the moment Meaney is hard at work experimenting with the super computing team at Oak Ridge National Laboratories as well as preparing for this years GLI.TC/H noise and new-media gathering. He is also just about to release his Ceibas Cycle DVD, a series Meaney has been working on for the last five years.

Evan Roth is a prolific producer whose activities take on many different forms, including teaching, collaborating, engineering, collecting gifs, analyzing graffiti, enriching the public domain, developing tools of empowerment and raising awareness of issues pertaining to the open-web and free speech. His work is most comfortable where the interests of activists, artists and general web meanderers intersect.

Elisa Kreisinger is a video remix artist, writer, curator and educator whose work often addresses feminist, queer, and social issues. While there is a long history of appropriation based political critique in the arts, and though many of these works long to invoke social change, they are often prevented from doing so, locked up and stowed away in the closed stacks of proprietary institutions while occasionally finding their way to a gallery wall or micro cinema screen to preach to the choir.

Unlike these works, Kreisinger’s practice involves inhabiting pop cultural spaces such as youtube and other online communities, offering radical social critique to a mass audience. Her concerns are realized in myriad ways, through writings, workshops, and online tutorials and curation.

Within the underground, DIY and circuit bending communities of Chicago, NYC and elsewhere Todd Bailey is the name associated with the 8bit sampler/kit WTPA (Where’s The Party At) and other unique home-brew electronics. For the last decade, Bailey’s activities have also found their way onto the shelves of toy stores like Target and the walls of museums like the Whitney. 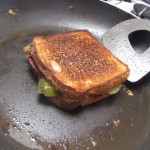 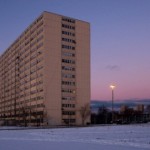 Light and Poetry at Cabrini Green

One Response to Video Interviews for Art21