The sun was shining and the folks were fabulous this Sunday as Chicago kicked off its 42nd annual Gay Pride Parade. All along Halsted St at Broadway Ave, vast crowds could be found — an early estimate numbered total attendance at approximately 750,000. In the hours leading up to the parade, fluttering rainbows of gay pride flags could be seen dotting the horizon on every side. With an amazing amount of color, hooting and hollering (not to mention an ample flow of booze), the day presented itself as the friendliest frat party you could have ever attended. The spirit of excitement and celebration was further bolstered by recent news from New York, where a bill gave same sex couples the right to marry. As the day progressed, I found myself at the corner of Halsted at Roscoe St, the site of noted Boystown gay bar Roscoe’s, and watched in wonderment as merrymakers of all races, creeds, and colors ambled through the crowd.

All photos by Brandon Goei 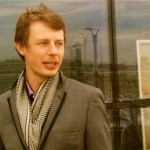 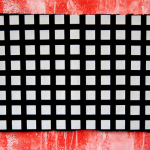