In Lakeview East, residents rally against a proposed Walmart store on the corner of Broadway and Surf Street.

By Alyssa Schaefer May 10, 2011 Uncategorized

On Thursday April 21, after weeks of protesting via website petition, city council meetings and Facebook pages, members of the Lakeview East community gathered to publicly rally against the proposed addition of a 32,000 square- foot Walmart store on the corner of Broadway and Surf Street, just north of Diversey Parkway. About 20 people, including residents, property owners and small business owners, gave speeches outside the intended location.

Tensions ran high this past month since Walmart executives set their sights on Lakeview. Talks of Walmart stores in “a number of potential locations” throughout the city had been circulating for a while with six possible stores in the works, as Walmart spokesman Steve Restivo described at community meetings.

In December 2010, 44th Ward Alderman Tom Tunney 44th ward had assured community members that no lease or plan of intent had been presented in the Lakeview area. However, things changed drastically when Tunney met with Walmart reps last week and seemed to back the project pending zoning amendments. In a statement on the 44th Ward website on April 13, Tunney stated, “I understand that to many neighbors, the prospect of a Walmart in the 44th Ward is unacceptable, no matter what the size of the proposed store. I have also heard from neighbors who would like to see a low-cost grocery store at that location. The City of Chicago cannot legally exclude a business from entering into a tenant agreement if that tenant conforms to underlying zoning.”

The proposed Walmart, Tunney explained, would fill an already vacant storefront left by a PetSmart, which closed last year, and share a building with other existing big box stores including Bed Bath & Beyond and T.J. Maxx.

Lakeview East residents were not convinced that Walmart would be an asset to their community. Tunney hoped he’d win support with a proposed zoning amendment that would decrease the proposed store’s size from 32,000 to 25,000 square feet. But community members think the smaller Wal-Mart will still have devastating effects on local businesses.

Resident Laurel Gordon said it would mean an “imminent loss of independent businesses and our neighborhood integrity.” At a community meeting at The Wellington Avenue Church on April 11, Walmart representatives presented multiple angles in which the proposed Walmart would help the community, including providing a much-needed grocery store.

This proposed Walmart would be “one-fifth the size of a typical Walmart,” according to Walmart spokesman John Bisio, and would be limited to a stock of food items, pharmacy items, beauty products and produce, and items considered “general merchandise” including printer paper, stationery, and standard home goods. But Bisio said it would not sell electronics, home furnishing or apparel. It would, in other words, be a glorified grocery store with the Walmart seal stamped on it.

Bisio and another Walmart representative at the meeting also touted the economic growth they said the store would generate. The store would create “75 to 100” jobs for local and citywide residents, they said, and the neighborhood would also benefit from increased foot traffic and consumer attention.

However, these angles did little to sway the already skeptical Lakeview East community members. One resident immediately stood up and listed four local, thriving grocers in the area including a Trader Joe’s that will be opening within the year. Unlike other neighborhoods that Walmart has targeted, this neighborhood was not a “food desert,” the resident pointed out.

Residents were also concerned about the impact on another store that shares the Broadway building. They worried that World Market, an original tenant of the building that opened in 1997, would be driven out of business by the Walmart.

“There are lots of places closing up in this economy,” one resident pointed out. “What’s going to stop Wal-Mart from expanding and taking over other properties. Sooner or later, it won’t be just a ‘grocery store.’”

Many community members at the meeting were deeply concerned with the history and legacy of their neighborhood. Mark Thomas, a local business owner, brought up the recent report in Crain’s Chicago Business that claimed the contractor of another newly built Walmart on the West Side of Chicago went bankrupt. He said large-chain businesses don’t always bring in “more buyers than the little guys do.” Many residents fear the introduction of a Walmart would mean the inevitable closure of small businesses, meaning that jobs are lost and the jobs created by Walmart would be less appealing.

The largest concern of all, however, seemed to be about Walmart as a corporation. Residents emphasized their concerns over Walmart’s support and treatment of Lakeview’s large gay and lesbian community, as well as their treatment of employees.

In 2006 Mayor Daley vetoed the “big box” ordinance, passed by city council, that would have forced any “big-box” or large chain stores in Chicago to pay workers higher wages and benefits. Walmart and other big box companies lobbied strenuously against the ordinance. Residents expressed their concerns over Walmart’s “unlivable” wages and restrictions against unions. Bisio assured community members that employees receiving $8.75 an hour would be those with “zero experience,” and that many employees would be paid more.

Even the Lakeview East Chamber of Commerce came to the community meeting protesting the proposed Walmart, with executive director Maureen Martino insisting that without proper economic research, there was no proof that bringing in a Walmart would benefit the community.

“The growth of our local businesses is what jump-started this neighborhood 30 years ago and this Walmart would mean the end of many of them,” Martino said. “How could this be good for our community?” 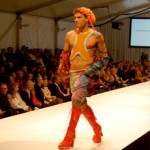 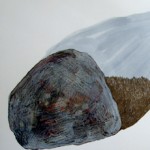 Where Are SAIC Grads Now?