Behind the Music: From Residence Halls to Rehearsal Space

Ba dum tshhh, tringgggg. It’s early evening, and the drums and guitar start to echo and ring across the hallway of the fifteenth floor of State Street’s residence halls. There’s music in the air: songs about childhood, first loves, growing up, and traveling the world. Innocent and sweet lyrics, accompanied by the folksy sound of the electric guitar, a soft bass, a violin, and a simple snare and floor tom rhythm.

When Continental Breakfast has an upcoming gig, SAIC residents know they’ll be treated to hours of rehearsal sounds that escape from their not-particularly-sound-proof room. The bass trembles the entire building, shaking its core, and the violin can be heard like a ghost in the 17th floor studios.

“We get a lot of visits from unappreciative security,” the members of Continental Breakfast told me, “but the truth is, we can’t think of a single room in the dorms, or in the school, that can cater to the music we want to play.” Sure enough, an hour into the rehearsal, the 15th floor R.A. chimes in with a “hey guys, you’re too loud,” even though the guitar amp is only turned up to 1, and the drums are muted with blankets and towels. Business is closed for the night.

Continental Breakfast, performing in the dorms with Jake Simmons and the Little Ghosts.

I’ve talked to so many people who tell the same story, with a sad, resigned look on their faces: “I played this-and-that instrument before I came to art school, but now there really isn’t a place I can practice it.” It was a huge shock for me to discover that the school only has one real, functioning piano, and it took way too many emails to discover that it was “too complicated” to get access to practice on it.

It’s strange that, even with a successful sound department, the school doesn’t have space to install soundproof rehearsal spaces with a minimal drum set, guitar and bass amps, and a simple upright piano. To me, it just seems inconsiderate that the school basically forces students to abandon a different sort of artistic practice because there aren’t even basic facilities that cater to it.

And until that happens, I’ll continue to trek all the way to the Harold Washington Library’s piano practice rooms in order to play my beloved Chopin pieces. Continental Breakfast will continue to tread around the res-hall’s security in order to practice for their upcoming gigs. I don’t want anyone at this school to forget that music is an art as well, and that if you can draw well, and make pretty little animations, you can most likely play guitar pretty damn good, too.

For more information about, visit continentalbreakfast.bandcamp.com 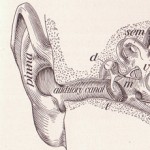 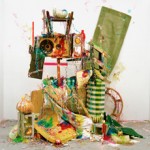 Meditation Through the Lens