Who knew that early renaissance French kings and queens were so good with social media?

If you’re like me, you already check out your reflection in the huge windows of ground floor lobbies in downtown. Don’t lie; it’s impossible not to when faced with such large expanses of glass. The Art Institute’s marketing campaign for its current temporary exhibition, Kings, Queens, and Courtiers: Art in Early Renaissance France only makes things worse (or better). Better.

The campaign pairs paintings from the show with large, silver, reflective material, on which are printed crowns and scepters. The idea is to look into these mirrors and picture yourself as a King or Queen, or as a Madonna. 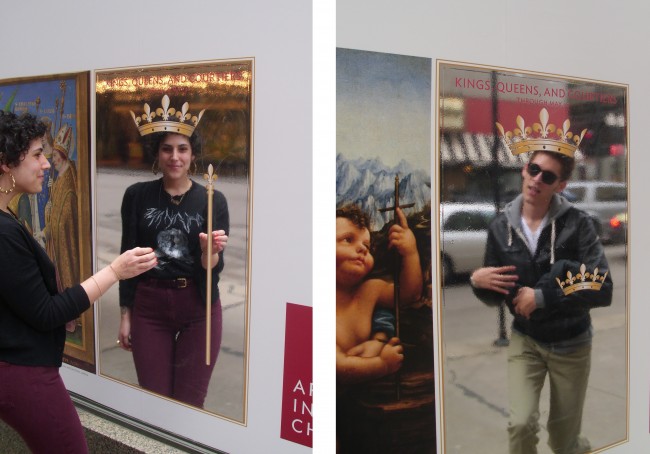 The only place I’ve seen the mirror ads is along Monroe between Wabash and State, across the street from the Palmer House, and this context is perfect. You’ll already looking at yourself in those lobby windows, why not take the time to do the same in this advertisement?

The Art Institute also set up a twitter for the exhibition. You can follow Sir Robert here; he tweets his courtly tweets several times a day, and is very hip to contemporary culture.

“50 train cars on the Red Line have recently been bedazzled in honor of our exhibition […] Post a photo of yourself sitting in one of these special CTA “thrones” for a chance to win The Royal Treatment!

Winner will receive a private tour of the Art Institute for four, a copy of the Kings, Queens, and Courtiers: Art in Early Renaissance France hardcover catalogue, and an overnight stay for two at the Palmer House Hilton.” 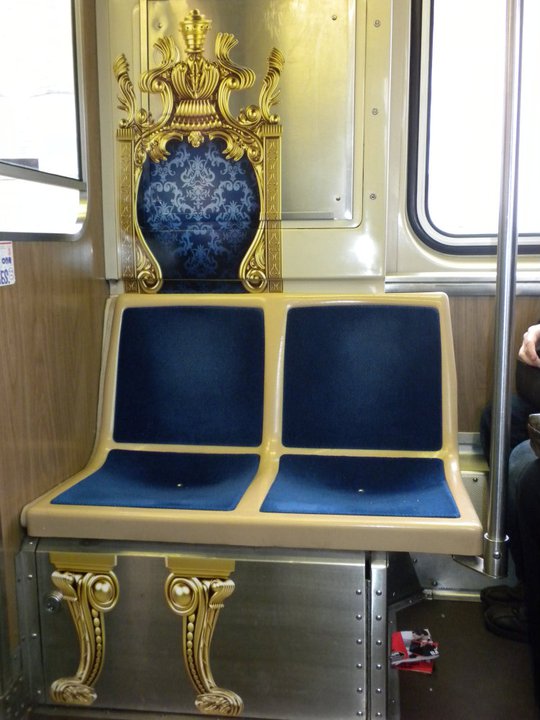 Here is the link for the facebook album of people’s throne pics. 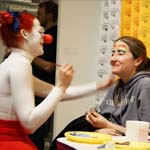 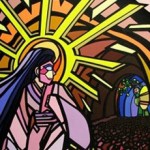