This month’s Audiophile is Jonathan Alvin, a BFA student in the Painting & Drawing department with a Liberal Arts thesis on Jungian Art, who isn’t afraid to sit down, take a breath, and hear the beauty in balance and authenticity. To really listen to music. By Brandon Goei   audio:https://images.fnewsmagazine.com/2011/04/Honeycomb-Sky-Vacuum-Mix.mp3 Honeycomb Sky – Vacuum Mix …

This month’s Audiophile is Jonathan Alvin, a BFA student in the Painting & Drawing department with a Liberal Arts thesis on Jungian Art, who isn’t afraid to sit down, take a breath, and hear the beauty in balance and authenticity. To really listen to music. 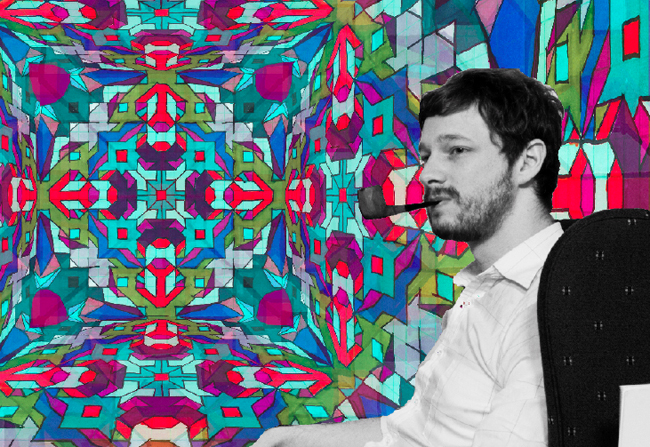 Brandon Goei: How did you get your start making music?

Jonathan Alvin: I was enrolled in music classes at DePaul University at the time, and a couple of my friends and I decided to drop out, take out a small business loan and open up a recording studio — I was 19 years old. The name of the studio was Big Gold and it was in the place where Kingsize Soundlabs used to be, which is where Wilco recorded “Summerteeth.” At the time, we had barely any training running the equipment in the studio, so I had to learn a lot in a really short time. I came to realize that there was this whole other world outside of the music that had so much impact on it. So working with a bunch of other people and experimenting with what kinds of sounds we could coax out of the studio, I quickly learned that regardless of genre and style, when there’s something really human in a piece of music, I’m immediately taken away by it. What I like to hear is someone really articulating themselves — that’s when I make a real connection.

BG: In which department are you currently studying?

BG: How do you view music then — is it a hobby or side project for you? And why not study in the field of sound?

JA: Studying sound at SAIC is something different than what I was looking for in an exploration of the field. Many of the courses focus on technical skills, which wouldn’t leave me very much room to grow. I did take Rhythm with Bob Snyder, and that got me thinking about the feel and vibe of music and how it affects the way the music comes together as a whole. And when I took Color with Betsy Rupprecht, I learned about the ways that color can influence the balance of a work. I try to tie those concepts together in the work that I have a hand in creating, both in my art and my music — using balance in a way that conveys a message.

BG: What kind of paintings do you create?

JA: I work largely with mandala forms, which possess a predilection to balance and symmetry.

BG: So when you set out to create either a painting or a musical piece, do catharsis and emotional release take a backseat to balance and symmetry?

JA: Interestingly, with both media, I never actually start out thinking about how to make a work that is necessarily balanced. In fact, the mandalas I make aren’t always very balanced themselves. When they do take the shape of balance, it always seems to be something that happens unconsciously.

BG: Do you consider yourself a sound artist or a musician?

JA: I would say that I’m more of a sound artist, because the actual music is in my periphery. For me, it’s more a matter of capturing the intricacies of an instrument’s sound than it is about picking an instrument up and making a straight piece of music.

JA: Well, for me it’s because I’m channeling something inside of me — a drive that I’m trying to realize in the world. And I can be doing that either through the studio or when I pick up an instrument. I think that most people (myself included) live out both sides of it. When you’re creating music, I don’t think it’s really your choice either. It seems to be just the intention or the energy of the action that dictates it, and it also seems to be in the hands of the listener too. Someone might connect with how a piece sounds in an entirely different way than I could have imagined. I feel that way when I’m listening to music, too ­— like I’m gifted by great sounds. I could be listening to J Dilla or Radiohead or Messiaen and something will just click with me in a way that I’m not sure is translatable.

BG: What kind of instruments do you use to make music?

JA: I actually don’t own any traditional instruments at the moment. My most important instruments are a pair of Yamaha NS-10s. They’re just these beautiful speakers. If I need to be really creative, I try to hear my inspiration first. Since I make a living recording other people, I can also listen to tons of samples of people playing their instruments on my hard drive, which is often an eye-opening experience.

BG: I was listening to the track you sent me — is it a single piece or multiple?

BG: I couldn’t help but pick out two binaries in it. There’s a blippy ambient part that reminds me a lot of Radiohead’s later work, but portions of it jump out at me like a classic Grandmaster Flash track.

JA: That’s pretty accurate. I did start out listening to a good amount of Radiohead when I was growing up. It was something that opened up a lot of doors for me in regards to music. Likewise with Grandmaster Flash — I look to him for the feel and vibe of the music.

BG: What exactly do you mean by “feel” and “vibe”?

JA: To me, those terms stem from interesting ways that rhythm and syncopation can affect a track. There are all sorts of types of feel for a song, and the reason that Grandmaster Flash has that “get funky” feel (as opposed to a straight feel) is because of that offbeat syncopation. A lot of my interests lie in how to play with syncopation, and in this track it starts off with that dance-y feel and a groove beat, then slides off into deep ambient territory. I think the juxtaposition of the two is interesting.

BG: As someone who records artists both local and not, what do you think makes the Chicago music scene tick?

JA: Well, that depends on what you mean by “tick.” With any music scene, it could be that there are people feeding it with attention, or feeding it financially, or both. I guess Chicago isn’t particularly strong in either respect. I think the reason for it is that there’s not enough structured chaos in peoples’ music. There are too many musicians that just don’t seem willing to explore things outside of their usual sound. What there’s plenty of is people who are great at what they do — really tight bands with amazing instrumentalists, even though they’re not always coming out with something fresh.

BG: Do you see any potential in the scene progressing further from where it is now?

JA: Yes, possibly. What I really like to see is an artist stepping outside of his comfort zone and experimenting with his sound. If they’re truly examining themselves, then everything else will follow. Take Animal Collective, for example. If you go back and listen to their earlier stuff, it literally sounds just like someone fucking around in the studio, but now they’ve arrived at a sound that authentically beautiful. I wouldn’t want to see Chicago’s scene turn into a haven for band-wagoners.

It’s like what Matisse once said: ‘You must draw first, to cultivate the spirit and to be able to lead color into spiritual paths. That is what I want to cry aloud, when I see the work of the young men for whom painting is no longer an adventure, and whose only goal is the impending first one-man show which will first start them on the road to fame.’ 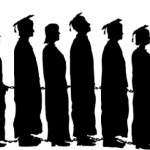 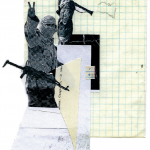