Stripped of The White Stripes

SAIC students mourn the loss of one of the 21st century’s greatest rock bands.

For over a decade, the legendary alternative rock duo Jack and Meg White, who performed under the moniker The White Stripes, ceaselessly captivated fans with their godlike rock-and-roll presence. Even after finally calling it quits on February 2, The White Stripes continue their legacy in the hearts of their many fans.

The White Stripes announced their unexpected breakup in a casual manner, releasing a lengthy farewell statement on the front page of their website for everyone who randomly visits their page to see. The message confirmed that the band “has officially ended and will make no further new recordings or perform live.”

Just like that, The White Stripes are no longer together—no giant press release and most certainly no farewell tour as a one last effort to collect profit. The band’s breakup has been heartbreaking news for fans around the world, but Jack and Meg White claim that their intentions were all for the best.

According to The White Stripes’ official website, the band broke up “for a myriad of reasons, but mostly to preserve what is beautiful and special about the band and have it stay that way.”
In addition, they attempted to clarify on their website that “the reason is not due to artistic differences or lack of wanting to continue, nor any health issues.”

Prior to the breakup, fans were optimistic about the future of The White Stripes. The band went on a temporary hiatus in 2007 due to Meg White’s anxiety disorder and was forced to cancel their tour. Many fans were disappointed as a result. 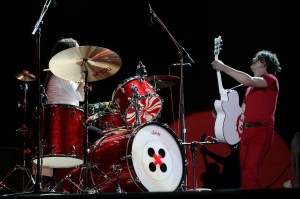 During an interview with Vanity Fair magazine last November, Jack White announced that The White Stripes are back in the studio. As a result, fans excitedly anticipated that the band would be coming out with a new album within the near future.

“My brother actually got tickets to see them on that tour that was canceled because of Meg,” said SAIC sophomore Jake Hellman. “I remember my ignorant self being like ‘whatever, they’ll be touring again soon.’ I’d punch myself if I ever said that again.”

Despite of the band’s fame, not all fans were especially shocked about their break up. SAIC sophomore Karissa Talanian, although an avid fan of The White Stripes, admitted that she was not surprised about the news.

“You can’t trust everything [Jack White] says. That man is sort of an enigma. He just does or says whatever he wants,” said Talanian.

The White Stripes adhered to their own rules. The news of their breakup was very sudden and unexpected, but they were not ostentatious about breaking the big news. Nevertheless, they still attracted plenty of attention worldwide.

The band has left a legacy for 14 years, leaving an impact in many people’s lives through their music. Talanian also derived inspiration from The White Stripes to make her own music.

Even if The White Stripes simply played their old hits on a farewell tour or in major festivals, such as Lollapalooza, people would still make an effort to see them— and tickets would sell fast.

Obviously, that did not happen for a reason. David Malitz, a writer for The Washington Post, accurately describes the situation in his article: Jack White “always seemed to respect rock-and-roll a little too much to do something so cliché.”

Jack White is currently involved in other bands, such as The Dead Weather and The Raconteurs. Since The White Stripes’ hiatus in 2007, Jack White was able to tour with his other projects and release multiple albums.

“I never got into The White Stripes, but many of my friends love them, said SAIC sophomore Hanna Ayers. “I know that Jack White pretty much owns the band, and Meg can’t play drums. I enjoy Jack White’s other endeavors, but I don’t think he will be able to recreate the simple sounding complexities that The White Stripes achieved.”

To conclude their announcement, The White Stripes decided to leave their fans with this final message: “The White Stripes do not belong to Meg and Jack anymore. The White Stripes belong to you now and you can do with it whatever you want. The beauty of art and music is that it can last forever if people want it to. Thank you for sharing this experience. Your involvement will never be lost on us and we are truly grateful.”

In February 2011, The White Stripes won a Grammy for Best Boxed or Special Limited Edition Package for the design of their documentary and live album boxed set titled The White Stripes Under Great White Northern Lights. Their record label will continue to put out unreleased live and studio recordings, but otherwise, fans will just have to keep playing their six studio recordings from 1999–2007. 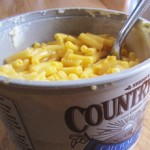 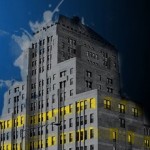