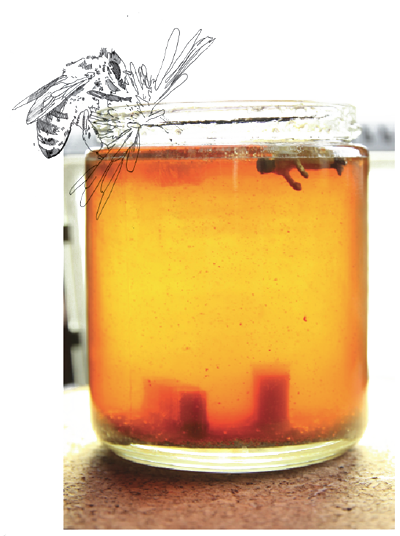 “You get stung” Ben Walker said, “but it’s a reasonable amount compared to how much of their food you’re taking.”

“They’re domestic animals, and they’ve been bred for thousands of years to be as gentle as they can be for a stinging insect,” he continued. “Even when you’ve made a hive really mad, there may only be 10 bees from a hive of 50,000 that are trying to sting you.”

Walker is one of the three beekeepers I spoke with this month.

Some do it for the purpose of generating money through pollination and honey sales. For some it’s a pet project. And for others, the job is about educating the public about the value of bees and dispelling preconceptions that they’re something to be feared.

It’s not an endeavor which proves lucrative for very many. But having spoken with these three men, I’m convinced that it has its riches in its own rewards. 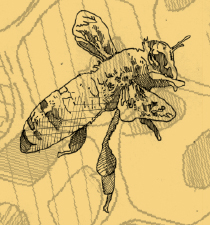 Walker has worked as a beekeeper with the Chicago Honey Co-Op for seven years. This urban agricultural co-op started in 2004. “Owner-members basically buy a share of the co-op and get their share of honey and hive products,” Walker explained. While the co-op’s main aviary is located in North Lawndale, it also has a presence downtown.

The co-op contracts through the Department of Cultural Affairs to keep bee hives on top of City Hall and the Cultural Center. This year, they established a hive in Millennium Park.

“I’ve always been in touch with the natural world,” said Walker, saying that he cultivates most of his own food, has raised other livestock, and is interested in herbology. Presently, Walker works as a beekeeper part-time while he studies acupuncture and Chinese medicine at the Pacific College of Oriental Medicine.

In addition to keeping the bees, Walker also makes candles and body products using the beeswax. “That’s another part of our business,” he said. “It’s a nice smattering of activity.”

The work of a beekeeper differs from season to season. In the spring, Walker prepares to “install” bees in freshly constructed hives. Packages of bees are sent in the mail or retrieved with a truck, then Walker “shakes a hive’s worth of bees into an empty hive and closes the lid real fast.”

“Spring time is kind of relaxed,” Walker said. “There’s not a lot of work in the aviary to do.” He checks on them periodically this time of year to monitor egg laying patterns.

“The size of the hive fluctuates throughout the year,” Walker explained. “The population with a new hive that’s just been installed is probably 3,000 bees, give or take. But in the summer, I’ve heard that numbers can get up somewhere from 60,000 to 100,000 bees in a really big hive.”

The population peaks in July or August. Walker begins collecting honey around July.

Walker said that on the job, he generally wears long work pants; a thin, long-sleeved collared shirt (to stay cool while still being adequately covered); and a bee veil. “That’s what I wear in the bee yard, where there are a lot of bees flying,” Walker said. “Even if you’re not making them angry, with that many flying, there’s a good chance that you can end up with a bee in your beard or your hair or something.” And as their nemeses have historically been large furry mammals, being stuck in hair makes bees angry.

Walker can see himself doing this for the rest of his life. “Or as long as I’m able to lift a box full of honey. When I get old, I may have to enlist a youngster to help me lift things. As long as there are bees, I’ll probably be keeping them.” 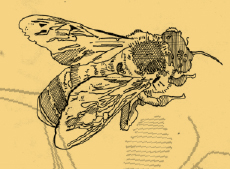 He was inspired when he visited a friend who kept hives in a Lake County suburb. “I have fruit trees,” Leider said. “And I wanted to pollinate my garden and fruit trees, so that was always at the back of my mind.” He “fell in love with honey bees” that afternoon, and ordered the materials to start making hives and bees shortly thereafter.

“I read every book out there,” Leider said. “Saw every movie. Made friends with a lot of commercial, organic beekeepers, took professional beekeeping classes, with certain people that have been in the business over 40 years.”

This isn’t Leider’s primary source of income. “I’ve been in real estate for 17 years,” Leider said, “and I’m just walking the fine line of ‘Do I want to do this as a living?’ You need a lot more hives than I have now, and it’s full time. You’re a farmer, and you’re at the mercy of the weather and your livestock.”

Leider explained that honey bees are not native to the United States, with most imported from Europe. They don’t fare well in the Chicago winter, and Leider struggles to maintain a temperature of 93 degrees Farenheit to keep his hives healthy.

Leider is an organic beekeeper, which means that he avoids chemicals to ward off pests and tries to save enough honey each year to feed a new hive in the spring. Leider said that many commercial beekeepers supplement the hives’ food supply with sugar water or high fructose corn syrup.

Leider said, “The problem that people run into is that everyone gets greedy, they take too much honey, and then the bees don’t get the proper nutrients” at a time when they need strength to forage for pollen and nectar.

Leider marvels at the bees’ efficiency, particularly the astonishing amount of tasks the worker bees perform throughout their 35-45 day lifespan.

The worker bee’s tasks include cleaning out wax cells in the hive, feeding larvae, transporting food throughout the hive, guarding the hive from other bees and predators, and then collecting pollen.
“They work themselves to death,” Leider said. “That’s how busy they are.” 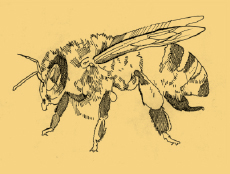 “Bees aren’t flying around, looking to commit suicide on us to make our finger hurt for a day or two,” said beekeeper Sean Shaffer. “Our goal is to get people comfortable with bees and make people aware of how cool they are, and that they’re not just looking around for people to sting.”

The motive here is not to generate profit from honey. “If we do get honey,” Shaffer said, “we end up sharing it with our volunteers.”

A large part of his mission is educating children.

“We have preschool programs where we can go into the hive, bring out a section that has bees on it, and the preschoolers can poke their finger in and get a taste of the honey in the hive.”

“It’s a great time to talk to the kids and be an advocate of the bees and let them know what they do for us” Shaffer said. “They pollinate one third of our food, so it’s beyond honey. They sweeten our lives.”
Shaffer says that children commonly confuse bees with wasps. “Wasps give bees a bad rap,” he said. Wasps are more territorial, carnivorous, and they become desperate towards the end of summer, as they cannot survive the winter. “I usually tell the kids, ‘Bees are fuzzy, and fuzzy is friendly.” The wasps are neither.

Shaffer was fearful of bees himself at one time.

“Before I worked at the Nature Center, I was friends with the staff, and we would do programs together,” Shaffer said. “The director at the time was a friend, and we were hanging out after work, and he said ‘Oh, here! Help me out.’ He gave me a little box and said ‘Follow me.’ He didn’t tell me what we were doing. We ended up at the hives. In the little box I was holding was a queen. He didn’t put on any gear or anything, and he kind of told me to go in, and said, ‘Don’t make any quick movements. I think you’ve got the right demeanor for this.’”

Shaffer eventually got a job there, and took over the hives after his friend left.

“My fear has definitely diminished. It’s become more of an awareness,” Shaffer said. He went on to say that being attentive to the bees is the key to avoid being stung. “I’ll listen to the bees,” Shaffer said, “and before they sting me, they’ll let me know, ‘Hey, Sean, it’s not a good day. A little windy today. Why don’t you come back tomorrow?’”

Shaffer said that the warning signs could be the pitch of their drone fluctuating, or hovering. Not surprisingly, the bees are more irritable when the weather is unpleasant.

The nature center also has an observation hive. “It’s a small three-frame hive, but it’s behind glass. You see the disgust turn to curiosity in like a breath as kids will walk in and see that.”

Shaffer attributes the growing popularity of the profession to “the dwindling, to the colony collapse disorder, which is happening to bees on a large scale.”

Leider says it reflects the interests “of people who are learning more self-reliance skills, permaculture skills. They think it’s a cool thing for that. A lot of people are interested in that.”

“The news is out there that bees are in trouble,” Shaffer said. “They’re threatened. So some people are stepping up and saying,‘I’m gonna help.’” 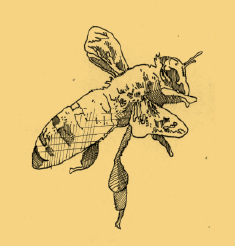 A major beekeeping task around this time of year is “swarm prevention.”

“Swarming is the bee’s natural mechanism for reproducing on a high level,” Walker explained. “One hive will turn into two. What happens is that the queen that is already in the hive will lay special eggs. The workers will build special cells to receive eggs that are then destined to be new queens. The queen will lay a dozen of those in her hive, and then the workers will feed those larvae royal jelly, which is a really nutrient dense, hormone packed food that they produce mostly with their bodies, and that results in a fully sexually mature bee. The queen is actually the only bee in the hive that is fully sexually mature.”

It is through this feeding that the bees establish their hierarchy.

The old queen departs with half of the hive, and establishes a new hive elsewhere. “As a beekeeper you don’t really want half of your bees to fly away during a prime nectar flow,” Walker said. “So most beekeepers will just kill the queen cells.”

“If we like the bees in our hive,” Walker continued, “We’ll actually try to use the queen cells to start a new hive and move our old queen to another hive to facilitate a swarm, and multiply the number of hives we have. That can be an exciting time of year, from May ’til July.” 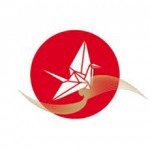 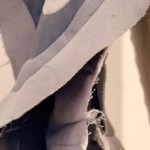