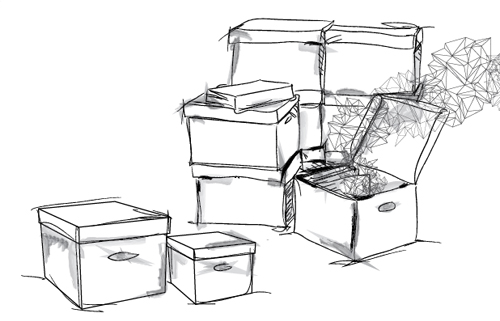 “If the press took more of an interest in the hundreds of art students in the universities and colleges, they may have more of a reason to stay [in Chicago] after graduation. But with the seemingly apathetic attitude of local journalism to the arts in general, many find no temptation. The visual arts community in Chicago needs a voice. It needs representation and recognition.”

Theresa Hill’s finger-wagging essay “Blame the Media” (published in the most recent issue of the Jettison Quarterly) toots many a familiar horn. The demise of the New Art Examiner, the firing of Alan Artner, the lack of paid writing positions, the rise of the blog … yes, we all know: Chicago is suffering from a potentially crippling paucity of solid, critical engagement with contemporary art via the printed word. And we all love to talk about it.

What with all the ink being spilled lamenting how little ink gets spilled in the name of the arts, however, there’s demonstrably less chatter regarding the independent writing projects that have been developed to fill that critical void. The online podcast series Bad at Sports was an early example of this; now, it’s certainly the best known, and arguably the most successful. Since the inception of BAS in 2005, other online platforms have developed with similar aims, including the Chicago Artists Resource website, Process Projects, and most recently Sixty Inches from Center.

When looked at collectively, a number of interesting questions arise around these initiatives. Aside from the problem of criticism mentioned above, what else is at the root of this flurry of archival initiatives? And what does it mean that these projects straddle the line between arts journalism, and a living archive of a contemporary scene? Is there a difference between the two?

In 2005, artists Richard Holland and Duncan MacKenzie got together over some drinks and decided to make their own contemporary art podcast, with little more than “a case of beer, a bottle of whiskey, a mixer, three mics, a laptop computer, and a curator from Sioux City Art Center,” MacKenzie said in an interview with fellow Chicago-based artist Tom Burtonwood that was published on the Chicago Artist Resource website. Their passionate opinions, wry (at times rancorous) wit and excellent guests quickly ensured their success. Today, BAS (which produces a blog and a weekly hour-long podcast featuring interviews and exhibition reviews)has local editions across the nation.

MacKenzie is quick to point out that he and his colleagues are not critics or journalists: “We are artists with beer, a microphone, and desperate enthusiasm for art,” he told Burtonwood. As for BAS’s role in Chicago’s discursive sphere, “I don’t think that it’s clear that BAS fills a void in the Chicago art media,” MacKenzie said. “I think that it is clear that there is a void left by the end of the New Art Examiner and uncertainty about Chicago as an art fair city, and that it is huge. There is also just a want for conversation and the need for a document of some kind about what is going on in Chicago. But BAS is just a small part of the solution. …”

“The real question is hard to answer,” MacKenzie went on to say. “Is a grass-roots style media viable here? How do we ensure that there are future media resources, or a consistent public media organization recording and documenting this scene?”

First launched in 2007, CAR is partly the answer to Duncan’s question. A project of the City of Chicago Department of Cultural Affairs and spearheaded by local artists Barbara Koenen and Sara Schnadt, the website offers not only bulletin boards for calls for artists, jobs, and spaces for rent, but also artist-oriented Chicago neighborhood guides, first-person artist and arts-professional stories, an “artist curated resource directory,” and articles culled from cultural centers like the New York Foundation for the Arts. In addition, the website hosts years’ worth of podcasts from events at the Chicago Cultural Center, including Artist at Work forums and Creative Chicago lectures and discussions.

Thus, as much as CAR is a sort of artist resource warehouse, it’s also very much a living archive of contemporary artists’ own accounts of their struggles, triumphs, and advice, as well as a map of the shifting cultural landscape in the city; and it has the authority and resources of the city behind it to help ensure longevity.

With Process Projects, we arrive at a new trend: the art history-driven, student-led initiative that self-identifies as an archival practice. Conceived of by current SAIC students Ariel Pittman and Danica Willard (both dual M.A. ’11) during their first year of grad school, Process Projects is still in development.

Notably, this online compendium of video interviews, slide shows, and essays is not Chicago-specific, but more largely aims to “discover and discuss what it is that happens behind closed doors to make the art world as we know it work and how we might make it work better in the future,” said Pittman. “That, I guess, is Process Projects: a relentless series of interviews, forums, live-chats, on the street interviews, and articles that query and reveal the process and practices at work in the [art world].”

Co-founder Willard pondered the question of the “journalistic” role of the Process Projects archive in her essay, “A New Frontier in Arts Journalism?”: “It didn’t cross my mind that the project we were undertaking could in anyway be considered a type of arts journalism project,” she said, but “our vision of uncovering the creative process does provide useful information to the public in the same way as most traditional media organizations. … But in reality, our project is stretching the bounds of arts journalism much father.”

Finally, the most recently implemented of these online initiatives is Sixty Inches from Center, founded this year by recent Columbia College grads Tempestt Hazel and Nicolette Caldwell, with the stated mission to “document, archive and support art that exists outside the central iconic art institutions in Chicago. With video, audio, photography, writing, projects, and community engagement, SIFC captures and contributes to the most innovative aspects of our city’s peripheral visual culture.”

The site is slated to launch with content this fall, and in the meantime the SIFC team publishes their interviews and reviews on their blog. Of all of the initiatives profiled here, SIFC’s mission is perhaps most profoundly self-aware of its relationship to the so oft condemned “traditional” media here in Chicago, in its efforts to document and preserve online the events and art parties that happen on the fringe of the local scene (especially the openings).

This point leads to a sort of final diagnosis of all of these initiatives. Although they could be categorized as arts journalism, each of these projects goes beyond that category in their quest to not only review shows or cover events, but to uncover the mechanisms that allowed those events to happen — and especially, to provide space for the normally “invisible” elements of the art world, whether that be the often neglected work of arts administrators or the apartment gallery opening that was only attended by five people.

Broadly speaking, such initiatives are responding to the global art world trendiness of “archive” as a form or category, but more pointedly, they are responding to a Chicago-specific anxiety about the national (and international) marginalization of the local art scene. If a given “scene” gains legitimacy through sheer volume of critical discourse, as Theresa Hill seemed to suggest at the beginning of this essay, then the archival initiatives described here are, whether this is conscious or not, also striving toward this legitimacy. 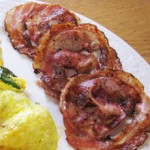 2 Responses to Writing in the Margins