“Mask of Sanity,” the SAIC course and film series at the Gene Siskel, examines the terrifying realities of crime, insanity, and nature.

Vampires and zombies have been dominating popular consciousness recently, but SAIC’s course, The Mask of Sanity, looks at horror from a less fantastical angle. Weekly screenings of films about the terrifying realities of crime, insanity, and nature take place at the Gene Siskel Film Center this spring, in conjunction with lectures by filmmaker and SAIC Professor Jim Trainor. The entire roster of films, including Diabolique (1955), Deliverance (1972), and Badlands (1973), is also open to the public.

A study in psychological horror, all of the films excel in creating a narrative tension using specific techniques, valuing subtlety over gore. Not all of the films are horror movies in the common understanding of the term, although Trainor finds them all scary in some way. Additional choices that were vetoed for the course included “oddball favorites” like The Cable Guy (1996).

The class’s title takes its name from a book of interviews with incarcerated psychopaths, written by Hervey Cleckley in the 1940s. Trainor loosely organized the films around common themes rather than chronology, so a 1970s thriller one week is followed by a recent foreign film the next. According to Trainor, Play Misty For Me (1971) and Cache (2005) are linked by their respective stalkers; Virgin Spring (1960) and Deliverance by rape and revenge; and Open Water (2003) and The Birds (1963) both have a particular terror of nature.

Trainor is no stranger to the genre. His film The Fetishist (1997) is a disturbing animated portrait, drawn in marker, of Chicago murderer William Heirens, and his psychosexual crimes. The Pink Egg, Trainor’s upcoming live-action movie, qualifies as a high-concept horror movie. “I maintained a distaste for scary movies all the way into adulthood,” Trainor said. “I saw Roman Polanski’s Repulsion in college, and it may have been this film that turned me around.” Appropriately, the Mask of Insanity film screenings began with the 1965 Polanski film staring Catherine Deneuve, about a man-fearing manicurist in London; a film to which last year’s ballet thriller Black Swan is heavily indebted.

The Mask of Sanity screenings benefit from the mix of students and cinephiles in the audience; parables, historical references, aesthetic characteristics, and additional readings are presented in the lecture with a question and answer session. This series, which runs through May at the Film Center, will include 1970s cults and mind control in Safe (1995), and Regan-era values in The Stepfather (1987), culminating in the symbolically loaded motifs of David Lynch’s cult-consecrated Blue Velvet (1986), a movie whose lead characters are scarier than any vampire or zombie.

For more information about this film series, go to: www.siskelfilmcenter.org/maskofsanity 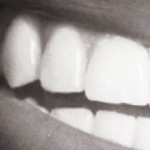 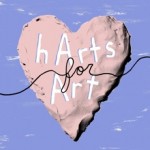