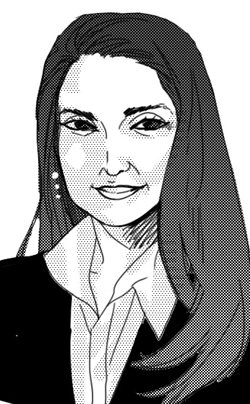 In Fall 2010, SAIC’s Liberal Arts department announced that it would begin a restructuring process. As a result, some classes were cancelled in order to create room for new ones. During this structural shift, Roxane Assaf, who taught the “Communication Theory” and “Palestine/Israel: US Media Myths” courses in the department, was fired. Upset by this decision, many of Assaf’s ex-students wrote a petition directed to Lisa Wainright, SAIC Vice President of Academic Affairs and Dean of Faculty, to have “Palestine/Israel: US Media Myths” reinstated. With over 150 signatures to date, the petition expresses a concern that classes discussing this conflict with a perspective critical of U.S. foreign policy are being subject to censorship.

Student evaluations for Assaf’s “Israel/Palestine: US Media Myths” class in Spring 2010 indicate that students responded well to Assaf and her teaching methods. Only one negative comment was found, alluding to a “lack of structure” in the course. The rest are positive responses to both the material and the teacher: “One of the more enlightening courses I’ve ever taken,” said one evaluation, while another stated, “She was great, a total badass who knew her stuff.”

Raja Halwani, former Chair of the Liberal Arts department, spoke with F Newsmagazine about Assaf’s dismissal. He explained the department is interested in offering more history and anthropology classes, and that, in consequence, they needed to sacrifice some classes that didn’t fit into these classifications.

“Roxane doesn’t have a degree in history, and her class is related to media studies more than to social studies,” he said. As far as the influence student evaluations have on the department’s decision to continue offering a class, “they are just one tool the department uses to take this kind of decisions,” Halwani explained. “No one is saying she was a bad teacher.” So was Assaf fired for political reasons? “I don’t think so. I don’t think Paul Ashley would do that, but I don’t know. You should talk to him.”

F Newsmagazine requested an interview with Paul Ashley, current Chair of the Liberal Arts department. The request was denied.

Assaf talked with F about her firing. “Before I received word of my dismissal, I experienced a private meeting on September 29 with the new Liberal Arts chair, Paul Ashley, who wondered aloud if popular professors could exert undue influence on students. He asked me how I felt about being a rock star with the power to brainwash, and if I wasn’t, perhaps, running some sort of ‘Dead Poets Society’ at the school,” she said.

“They canceled both of my classes, the other being ‘Communication Theory’ — a course many students critique as one of the few academic courses offered at their prestigious art school,” she continued. “Paul Ashley noted that Noam Chomsky, Karl Marx and Robert McChesney were on my syllabus. He wanted to know if they all agreed with each other, and why I thought Marx was important to study,” she said. “I said that I offer criticism for each theory that I introduce, and encourage them [the students] to formulate their own criticisms of everything I require that they learn. Furthermore, I introduce thinkers whose ideas contradict those three,” she concluded.

On December 3, Assaf had her part-time faculty review with Paul Ashley and members from the Liberal Arts and Visual and Critical Studies (VCS) departments. “After the previous meeting with Ashley, I already felt that I was not desirable anymore,” she said. “Nevertheless, I attended the part-timer interview ready to impress all the department heads. I wanted my job. The heads of Social Science and VCS, with whom I had met in previous semesters, had granted me scores of 9/10 and 10/10 respectively, based on their own judgments and student evaluations,” she stated.

As for the content of the interview, Assaf explained that “Ashley eventually took the meeting into a very specific line of questioning on why I thought European and Israeli media generally produced better coverage than the U.S. on the Israel/Palestine conflict. I said, because they offer more context, use more accurate language, and are more referential to international law.”

Two days after her part-time review on December 5, Assaf got a letter from Ashley informing her of the decision to dismiss her. “They said my classes didn’t fit into the new categories they defined for the department,” she said. Taking the suggestion of VCS Chair Jim Elkins, she tried to get hired by the Visual Communications Design (VCD) department. “After this, I was just trying to defend my Communication Theory class. I looked for an opportunity with VCD. They said that the description of the class looked very valuable to our students, but unless it was cross-listed with another department, they could not take it.”

When Assaf was asked about recent trends of dismissing professors who imparted political ideas similar to hers, she said, “Well, a school will never say they fired someone for political reasons.”

In recent years, there has been a clear pattern of U.S. educational institutions dismissing teachers who, like Assaf, were critical of U.S. foreign policies towards the Palestine-Israel conflict.

An especially controversial case was that of political scientist Norman Finkelstein, whose primary fields of research are the Israeli-Palestinian conflict and the politics of the Holocaust, and who was denied tenure at Chicago’s DePaul University in 2007. The decision came after a public battle with university officials and Alan Dershowitz, a Harvard law professor and fervent supporter of Israel. Despite consistently receiving the highest student evaluations in his department, publishing five critically acclaimed books from leading scholars that have been translated into 46 languages, and being an internationally-recognized scholar in his field, Finkelstein did not receive tenure. On September 5, 2007, Finkelstein announced his resignation.

An official statement from DePaul said that Finkelstein did not meet the requirements for tenure, and that outside influence played no role in the decision. Furthermore, DePaul praised Finkelstein “as a prolific scholar and outstanding teacher.” Finkelstein, however, said the decision was based on “transparently political grounds” and was an “egregious violation” of intellectual freedom.

Donald Wagner, Middle Eastern studies professor at North Park University in Chicago, was fired last year after working in the school for 15 years. An activist for Palestinian human rights and director of North Park’s Center of Middle Eastern Studies (CMES), Wagner was popular with students, but controversial within the evangelical Christian university’s larger community. Student leaders and faculty members started a petition — which eventually had more than 500 signatures, including some from members of North Park’s board of trustees — to rehire Wagner as an adjunct professor. But on May 18, after negotiations with faculty members, North Park announced that it would not rehire Wagner. School administrators have cited financial pressures as the reason for Wagner’s departure.

In an email interview with F, Wagner said, “There are a number of pro-Israel organizations in the U.S. that monitor faculty who take up justice for the Palestinians, even when those faculty present a balanced and honest approach to this controversial topic. Faculty who do not have tenure are most vulnerable, but others are harassed and monitored as well.”

He continued, “Groups like ‘Campus Watch,’ and some Hillel organizations, have as their agenda the silencing of honest and open presentation of factual analysis that might be critical of Israel. In essence, it is an attempt to control the discourse on the topic, which is an infringement of academic freedom and free speech.”

This trend constitutes a major concern among experts on the subject. Rashid Khalidi, Edward Said Professor of Modern Arab Studies at Columbia University, told F that “there is a distinct unwillingness to hear points of view that differ from the dominant pro-Israeli narrative about the Middle East, which extends to efforts to censor any such views and to eliminate them from academic discourse.” When asked about how this trend affects students, he responded, “It is important that students have access to as broad a range as possible of sources of information and of points of view, and that they not be restricted in this regard.

“This requires vigilance,” Khalidi continued, “as there are those who are determined that only one version of what is happening in the Middle East be available to students. Given how important this region is, this does an enormous disservice to students and to citizens of this country, who deserve to know what is really happening in that vital part of the world.”

The Liberal Arts department’s decision to cancel the class “Palestine/Israel: US Media Myths,” and to dismiss Roxane Assaf as a teacher, leaves SAIC in a position similar to DePaul and North Park universities.

All three universities have fired or denied tenure to extremely popular, and internationally recognized professors who taught about this conflict. And even if SAIC’s decision to do so wasn’t motivated by politics, students aren’t happy about the curricular changes — and they’re speaking out for what they believe are vital components of their academic experience. 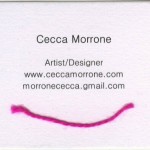