By Amanda Aldinger and Brandon Kosters
Illustrations by Alli Berry

Read the word “psychic,” and crystal balls, giant hoop earrings, and fake Jamaican accents may be the first things to come to mind.

When we reached out on behalf of F Newsmagazine to interview professional psychics, many were apprehensive for that very reason. Some (though not all) feared being mocked, and that our intention would be to perpetuate unflattering stereotypes about this profession.

This was not the case. We wanted to find out, first hand, who these people are, what the job entails, and how psychics cope with the stigma surrounding their chosen careers.

We spoke with a group of successful Chicago psychics. Whether their ability is indeed attributable to extrasensory perception (ESP), or simply an acute sensitivity and highly cultivated perceptiveness, everyone we spoke with has an established client base. 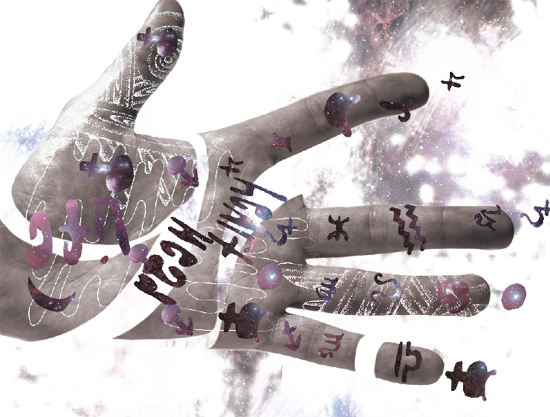 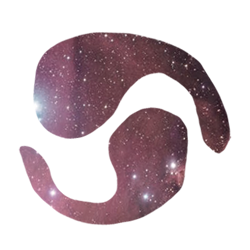 Supposing that ESP does indeed exist, is it something that a select few are endowed with, or is it an ability that can be cultivated?

According to psychic Arturo Edan Munoz, ESP can be nurtured, much like the skills and technique of any creative. “It’s like artists,” says Arturo, who works out of a gem and crystal shop in Andersonville called On the Rocks. “Not everyone is going to be da Vinci, or Picasso, but there are still amazing artists in the world. I do think that people can learn to make this a part of themselves.”

Psychic Janet Wright, who operates out of her home in Old Irving Park, also compares her profession to that of an artist. “If you’re an artist, there’s no huge taboo about it like there is about being a psychic, but you still have to plug at it for years to make it work.”

Also like an artist, Janet believes that her abilities are natural gifts that must be nurtured to build strength and produce results. She describes herself at age 23, when she first felt her ability developing, as “just like your average 23 year old — a post-grad, working and playing.” She credits meditation as the catalyst in her decision to explore and nurture her psychic abilities. “Through trial and error, I realized that my life was a lot better when I was working my abilities and doing energy healing on myself. I had some level of psychic ability as a kid, but I didn’t really focus on it and it wasn’t encouraged in any way.”

Perhaps even you, dear reader, feel a little psychic from time to time. Sometimes you have a feeling that something’s going to happen, and it does? Experience something in a dream that comes true the next day? Don’t feel too special. You might just be like everyone else.

Arturo believes that “we’re all psychic, that we all have psychic experiences, and they’re so natural to the human experience that we don’t see it as anything beyond our capabilities. People experience intuition everyday. People experience subconscious messages in their dreams all the time. It’s really, I think, more of a personal experience.”

So maybe you have it, but it needs a little finessing. Wright believes that her job is to “help other people to turn their abilities off an on.” And furthermore, “it’s not just me who’s sensitive,” she says. “I think everyone has basic psychic abilities and they’re either really turned on, or they’re not. I don’t want to be reading everything and everyone all the time … I can’t walk around super-psychic 24/7.”

Not all psychics believe that these abilities are so generously distributed. Psychic Claire, who works at Intuitions With Claire, believes “you either have the gift or you don’t.” In her family, psychic powers have been “passed from generation to generation,” with both her grandmother and mother possessing psychic abilities. So when Claire found herself seeing auras around people and predicting future events at a young age, her family was supportive. And like Janet, meditation became a powerful tool. “[My mom] wanted me to do a lot of meditation. She wanted me to do a lot of yoga, to be able to channel my abilities. Just to be around positive environments,” Claire explains. 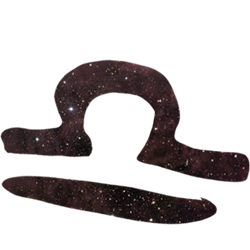 One thing’s for sure: psychics have been around for quite a while, with certain psychic practices going back centuries — such as the tarot and palmistry.

Scholars have argued about the precise origin of the tarot. Among the places frequently cited are China, India, Korea, Greece, pre-Columbian America, and even ancient Egypt. Although the deck’s original intent was for gaming purposes, it eventually developed into a practice adopted by mystics and the occult as a means of divination. Some believe the cards reveal information about an individual subject’s past, present and future. “The tarot cards are going to be more in-depth, they’re going to offer more accuracy, more detail,” explains Claire. “The tarot cards tell a story, and it’s my job to translate that story into verbal words that people will understand.”

And then there’s palmistry, or palm reading. The basic framework for classical palmistry is rooted in Greek mythology, with various fingers corresponding to notable Greek gods and goddesses. Chiromancy is a palm reading technique that evaluates a person’s character or future life by physically studying the hand, “reading” and interpreting various bumps, lines and textures as insights into one’s life.

“A palm reading is more of a characteristic reading,” explains Claire, who routinely performs both types of readings in her practice. “It lets you know about things like matters of the heart, what’s going on in current events, what’s happening in your life at this time. It’s more generated towards the present, and it’s not going to touch too much on the future.”

Claire said that even though they’re not as specific as tarot card readings, palm readings do provide projections of future events — this can produce anxiety, depending on what your psychic is able to see.

“Before every reading, I ask, ‘What it is I see for you, would you like me to tell you the good or bad?’ And usually people are very open about it — they tell me that what I see, good or bad, they want to know,” says Claire.

However, tarot cards and palmistry aren’t for every psychic.

“There are a lot of stereotypes, like the card readers who have a neon sign and a little storefront,” Janet said. “So I don’t have a storefront, I don’t have a neon sign.” Janet also doesn’t provide card readings. In fact, she makes a very clear distinction between the type of psychic she is, what she will and will not deal with, and how that differs from typical stereotypes.

Janet prefers the term “clairvoyant” (“clear seeing”) over psychic, to describe her practice. She begins each session by asking her client to state his or her full name, and then she meditates for a period of time, where she “reads the client’s energy,” and then relays what she discovered. This generates discussion, and is less about predicting the future, and more about assessing the client’s emotional and mental state.

Although she prefers not to deal with the future, Janet doesn’t completely dismiss the potential value of the tarot or palmistry.

“Different people have different gifts,” Janet said. “If someone is really gifted in reading the future, and they feel like that’s their calling, then more power to them. I think there are tons of psychics out there that are complete fakes and highly unethical people and that sucks, but the rest of them mean well — they’re just trying to help people.”

Janet’s feeling is that it’s more productive to address issues in the present tense, rather than to cater to fears associated with the future. “Why not deal with your fears head on?” she asked. “Why don’t you work on your confidence? You can work on the bigger picture and that will get you a lot more mileage, I think.” 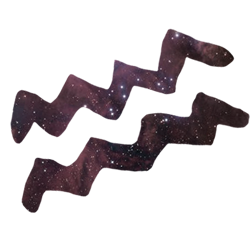 Although Janet, Arturo and Claire may differ in practice, there’s one thing they all agree on: as far as skepticism goes, don’t knock it until you’ve tried it.

“A lot of people think it’s mumbo-jumbo and they’ve never done a reading before, or they’ve never been to a psychic shop,” says Claire. “It’s hard to have that stereotype when you’ve never even visited a psychic center.”

Despite being aware of prominent stereotypes surrounding her profession, Janet admitted that in the end, there’s no such thing as bad publicity. “You know that expression that any advertising is good advertising?” she asked. “It’s crazy true! All of the hoopla about psychics actually helps, business-wise. It’s just getting a skin thick enough to actually put the shingle out there, put up the website, screen people, and deal with people.”

Find yourself feeling a little skeptical? Even some psychics will agree: having this ability will definitely challenge you. Arturo asserted that skeptics are afraid of discovering their own intuitive strength. “They’re afraid of ‘what would it mean if this was real for me? What would it mean about my person, or my origins or my spiritual being if these are real things that I can experience myself? I think that’s where a lot of people get disconnected, they don’t really know how to understand what’s happening.”

But perhaps the best way to find out how you really feel is to schedule a session for yourself.

“The only thing I can say to people who have skeptical energy is to go get a reading, to be open, and be honest about how you feel,” says Claire. “Keep your mind and energy open and you have nothing to lose, except maybe knowing what’s going to go on in your future. 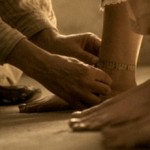 One Response to Telepathic Trio