Guy Tillim, Kahn & Selesnick at the Museum of Contemporary Photography

The play between depicting real and invented histories is the subject of the two shows currently on view at the Museum of Contemporary Photography. 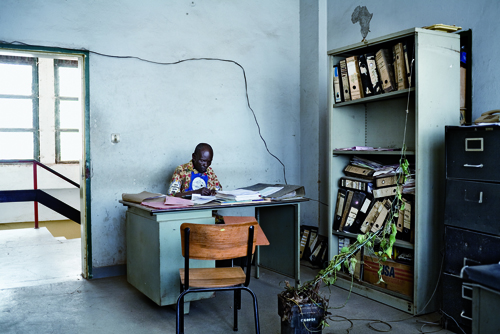 Photojournalist Guy Tillim’s “Avenue Patrice Lumumba” offers a picture of colonial and postcolonial Africa, while collaborative duo Kahn and Selesnick present fantastical narratives of space exploration on the moon and Mars with their series “The Apollo Prophecies” and “Mars: Adrift on the Hourglass Sea.” The two shows look vastly different, but their intent is similar: to present compelling visions of different worlds.

Guy Tillim, an award-winning photojournalist and artist from South Africa, has focused his career on documenting inequality and injustice. His show at MoCP is named after Patrice Lumumba (1925-1961), who was elected Prime Minister of the Democratic Republic of Congo in 1960 after the country won independence from Belgium. Lumumba was deposed in a coup and murdered only ten weeks after his appointment, and his name lives on as a symbol of an independent Africa. In this show, Tillim examines what remains and evolves after the dissolution of that dream.

Tillim’s latest body of work moves away from his earlier examinations of social conflict to document the infrastructure and architecture in several African countries. The large-format photographs feature decaying concrete hotels with laundry draped over railings, government offices sparsely furnished with rusting file cabinets and wooden chairs, and public monuments to failed regimes. Individuals occasionally appear, but the setting takes precedence over the human element. The images are dominated by neutral tones of grey, brown, and green. Even the sky appears pale. 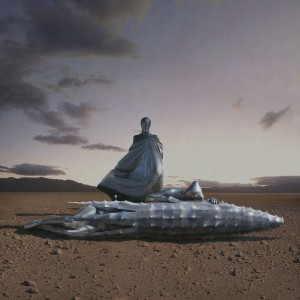 The photographs without figures are the most compelling. Government and university offices, no matter how bare and silent they might appear, still carry evidence of the activity that takes place within. A collection of rubber stamps and a single white purse sits on a tourism office desk. In the Department of Commerce office, a plaid umbrella rests propped up against a decrepit metal cabinet. On a professor’s desk, a black and white photograph is tucked into the dial of a rotary phone. Though Tillim’s photos show evidence of decay, the stubbornly persistent signs of humanity lend an element of hope to the world he portrays. 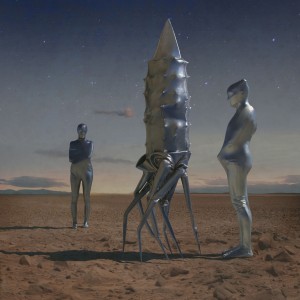 Richard Selesnick and Nicholas Kahn take a different approach to image-making. The two have been collaborating for over 20 years as Kahn/Selesnick, a partnership that began in 1988. Past projects include photo-novellas and sculptural installations that present absurdist narratives in ethnographic contexts.

An example of this type of work is “The Pavilion of the Greenman” from 1997, which explores the Greenman, an allegorical figure that defeats winter to usher in the spring. The pavilion features a roof of leaves, and is walled with a series of portraits of the artists posing as Greenman, with various flowers and plants glued to their faces with honey. Combined with fabricated documentation of pagan rituals, the project offers a fascinating look into a history that never was.

Kahn and Selesnick have adopted a more futuristic outlook in recent years. “The Apollo Prophecies” from 2004, on view at the MoCP, draws its inspiration from the lunar landings of 1969, which both artists witnessed as children. In the photos, they posit a complex mythology of the colonization of the moon in writing, images, sculpture, and video. A panorama of lunar exploration fills the entire length of the third floor gallery wall. It shows a mission to the moon from liftoff to landing, with astronauts encountering bizarre architecture and other remnants of a forgotten lunar civilization. 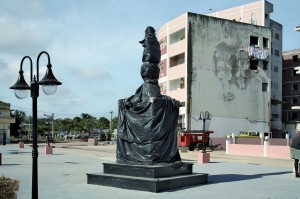 “Mars: Adrift on the Hourglass Sea,” Kahn and Selesnick’s most recent work, sees two female figures clad in faceless suits exploring the Martian landscape. As in “The Apollo Prophecies,” the intrepid explorers encounter evidence of a forgotten civilization in bizarre sculptures and concrete structures that litter the planet’s surface. Blue-suited individuals are shown with balloons, gliders, and sandboats that skim over the Martian sands. Images of the deserts of Nevada and Utah, photographs taken by NASA’s Mars rovers, and a healthy dose of digital manipulation combine to create a vision of Mars that is both haunting and beautiful. Their mythologies are so complex, their imagery so compelling, one wishes their narratives were real.

These different presentations of humanity pushing forward — one based on reality, and one based on imagination — are equally powerful. The artists offer us a glimpse into brave new worlds. 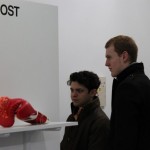 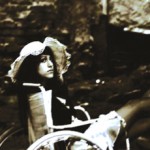