I’ve been following Sesame Street on and off for nearly 25 years now. The show for me, at the influential age of three, played an important role in forming much of my politics, ideologies, and aesthetic sensibilities—it taught me geometry while introducing me to Philip Glass. For this reason it excites me to know that Elmo, Big Bird, and the rest have decided to seriously consider their online audience, specifically on YouTube. You may have seen the “I Love My Hair” video which was a bit of a viral sensation, having received over a million hits in the last couple months as well as being remixed countless times. The folks over at Sesame Street might not have anticipated this kind of “participatory” response to that video, but they’ve been quick to jump on the interactive-conversational school bus. They’ve recently uploaded their first “interactive” video to YouTube. It’s a science experiment where you and Cookie Monster test the buoyancy of various objects. Taking advantage of YouTube’s annotations feature, the viewer/participant makes a hypothesis and Cookie Monster puts it to the test. “This is Sesame Street’s first foray into YouTube gaming and we’re pumped to lead with a game that teaches the scientific process to young kids.” (Sesame Street quote via boingboing). 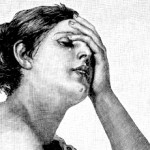